Service town with famous ghostly remnant of a Telegraph Station.

The old Telegraph Station at Eucla is one of the iconic and lonely images of the Nullarbor. It is now nothing more than a few old stone walls slowly disappearing under huge white sand dunes on the edge of the Great Australian Bight. A reminder of the isolated nature of this harsh environment and the way nature will always win against humans. Today, apart from the Telegraph Station and the ruins of the old jetty, Eucla is nothing more than a tiny settlement with a service station, a hotel-motel, a caravan park, a golf course, some government agencies and a police station.

Eucla is 87 m above sea level and located just 11 km from the South Australian border on the eastern edge of Western Australia. It is 1429 km east of Perth via the Great Western and Eyre Highways;  710 km east of Norseman; 491 km west of Ceduna and 1265 km east of Adelaide.

The romantic interpretation of the Mirning Aboriginal word "Eucla" is that it was used to describe the first appearance of the morning star over the sand dunes by the sea. A simpler, but less romantic, version is that is simply meant "bright".

The Telegraph Station's location close to the state border was intentional. At the time Western Australia and South Australia were separate governments and, almost typically, they were using two different codes for their messages. This meant every message had to be translated and re-sent. Messages would arrive in one part of the telegraph station, be carried across to a wall which represented the boundary between WA and SA, passed through a pigeon hole, and then sent by the other state's telegraphist who sat on the other side of the wall. There was a time when it was reputedly the busiest telegraph station in Australia.

The location of the repeater station was one of the few places on the Great Australian Bight where supplies could be landed. It was the only place where boats could moor for hundreds of kilometres and so a jetty and one kilometre of tracks were constructed to allow for the loading and unloading of goods. The cliffs to the east are the longest stretch of uninterrupted cliff face in the world.

Dipping Your Toes in the Great Southern Ocean
There are very few places along the Nullarbor coastline where you can reach the coast and dip your toes in the Great Southern Ocean. At the Old Telegraph Station there is a 4WD-only track which reaches the old jetty where the supplies for the telegraph station used to be unloaded. It is a twenty minute walk from the Telegraph Station which may be preferable because the dunes are high and shifting and the possibility of getting bogged is very real.

Koonalda Cave
Nearby is Koonalda Cave characterised by a huge 40 metre entrance and a 20 metre drop which goes to a lake over 100 metres below the surface of the Nullarbor. There are ladders and walkways but the entrance but it seems to be closed at the moment. The people at the Eucla Amber Motor Hotel will know.

Archaeological investigations begun in the 1950s by Alexander Gallus have shown that the Koonalda Cave was used by Aborigines, perhaps as a stopping point. It seems likely that the cave was a flint mine. In some places the cave walls have been decorated with finger-markings believed to date to more than 20,000 years ago.

The Longest Golf Course in the World
Nullarbor Links Golf Course
A very typical Aussie outback joke the Nullarbor Links Golf Course is the world’s longest golf course with the first hole in Ceduna, South Australia and the 18th hole 1365 km away at Kalgoorlie. Check out the details at http://www.nullarborlinks.com. It is real and can be a lot of fun for committed golfers.
Hole 7: Nullarbor Nymph Par 4 and is 315 metres.
Located at the Eucla Golf Club on the northern side of the Eyre Highway, the hole has to be one of the easiest on the whole course. It looks like a huge, flat paddock which means that you can afford to slice the ball. It is not going to disappear.

Robbie’s Guide to the Nullarbor Links
Eucla – Nullarbor Nymph
Wide open fairway (it looks like an old airstrip) with loads of space to the left and right. The approach to the green is open with room to miss on every side.
The notes on the website explain: "It was Christmas in 1971 in the bar of the Eucla Motel where the Nullarbor Nymph was created. Locals, were sitting around the busy motel bar, drinking beer and telling stories, when out of the beer came some made-up yarn about a naked sheila living in the desert with the kangaroos. In the bar was a PR bloke from Perth, heading east looking for work. He was broke and couldn't pay his motel bill so he told the motel owner, Steve Patupis, he would put his Eucla Motel on the map instead. He sent out the story to a newspaper of a naked woman with long blonde hair, running with the kangaroos on the Nullarbor at Eucla. The Nymph story went ballistic. Journalists and news crews were coming in by the planeload. They came from Adelaide, Sydney, Perth and US. The BBC even sent a full TV documentary crew. The story was a monster, and the locals were feeding it. One journalist wasn't buying it and he wanted to get home. He took Mr Scott into the motel bar who liked scotch. "Of course it's bullshit, mate!" he finally slurred. "And you bastards are goin' for it." The journalist phoned the story out from Eucla's phone box for the Sunday Mail's front page, "Nullarbor Nymph a Hoax".
Steve Patupis - "Mr Steve" was born in Lithuania and was one of the first post-war Balts to arrive in Australia. Steve discovered the potential of Eucla, whilst truck driving across the Nullarbor in the 1960s. He dreamed of a modern motel and visitors facilities at Eucla and commenced to build his dream in March 1967. With hard work and help from family and friends he was able to open for business in November 1967 Over the years Steve became a true character of the Nullarbor. With his humour and wit, his was respected and loved by visitors and locals alike. Mr Steve's spirit, generosity and humor will always be remembered, he will remain forever a legend of the Nullarbor. The tee is named after Steve Patupis.

* In 1841 Edward John Eyre, accompanied by an Aboriginal named Wylie, his overseer John Baxter and two unnamed Aborigines, passed through the area on his journey across the Nullarbor Plain. They found water at Eucla and stayed in the area until 18 March, 1841.

* Eyre was followed by John Forrest who made the journey from Perth to Adelaide between 30 March and 27 August, 1870. They found very little good or useful land.

* In 1873 land was taken up at Moopina Station near the present townsite. The land was marginal experiencing an average of only 254 mm rainfall per annum.

* In 1877 Eucla was established as a manual telegraphic repeater station connecting the overland telegraph from Darwin (and London and Europe) to Perth.

* Eucla was proclaimed a township in 1885 and was at its most populous in the late 1920s. There are still many buildings hidden under the sand dunes which will be exposed as the dunes move.

* In the 1890s the town was overrun by rabbits which resulted in the vegetation being decimated. The result was the huge sand dunes which have partly covered the telegraph station. It was decided that the rabbit problem could be solved by bringing in cats to control the rabbit population. This resulted in a plague of feral cats.

* After 1929 when a new telegraph line was built beside the railway line to the north, Eucla declined in importance.

* In the summer of 2012-13, dubbed The Angry Summer by the Climate Commission, the temperature in Eucla reached a new recorded high of 48.2°C.

The website http://www.nullarbornet.com.au/towns/eucla.html has useful information about the available accommodation and attractions. 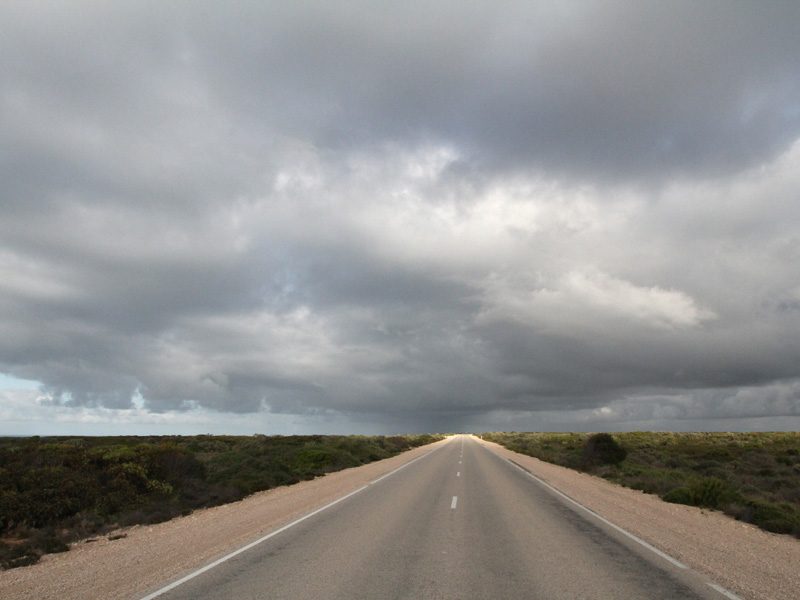 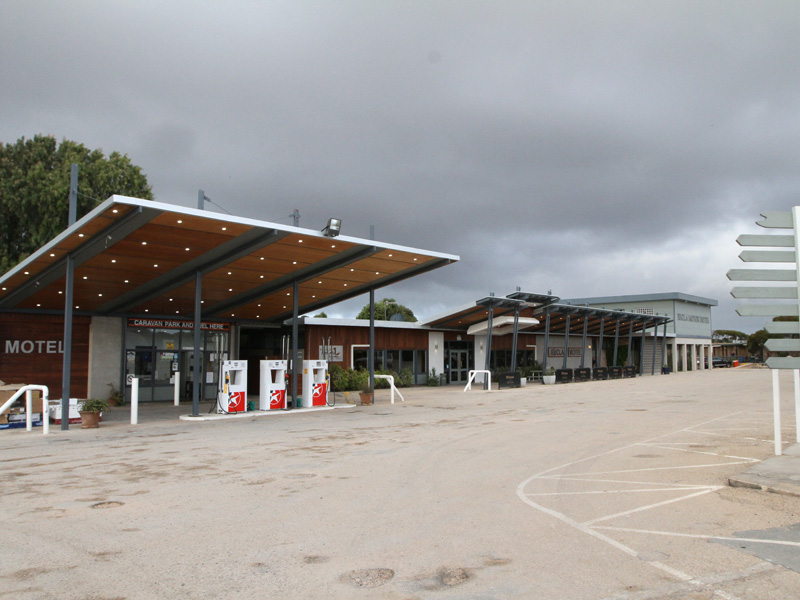 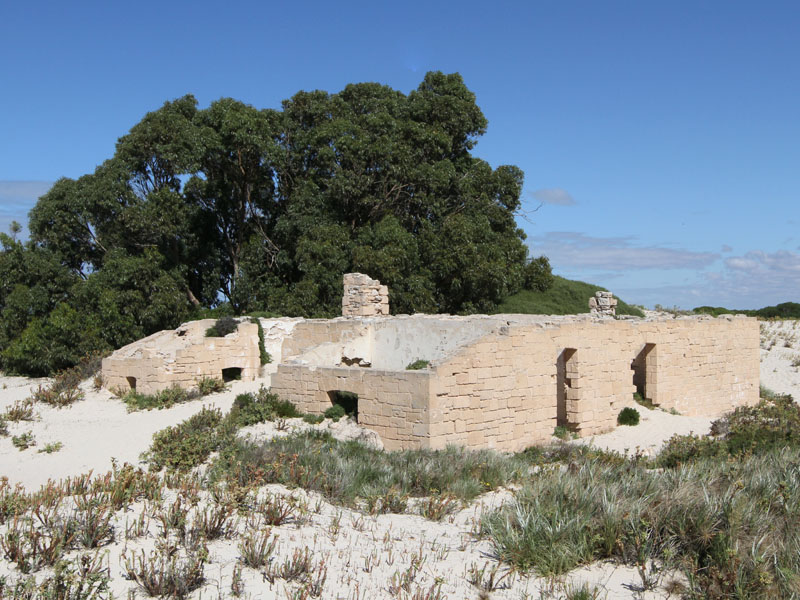 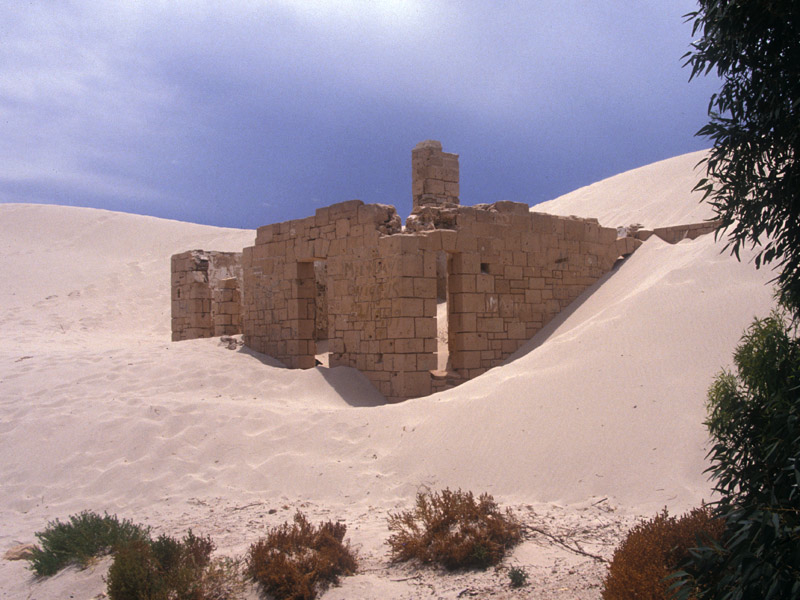 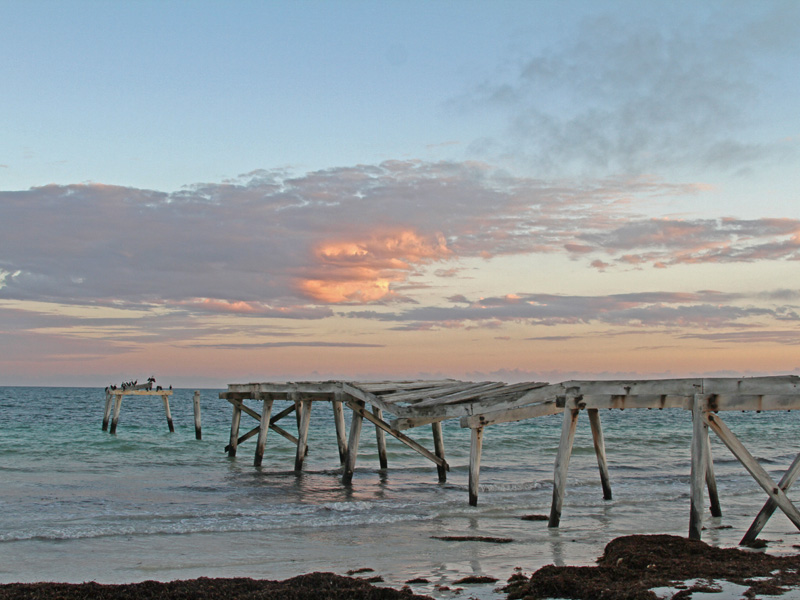 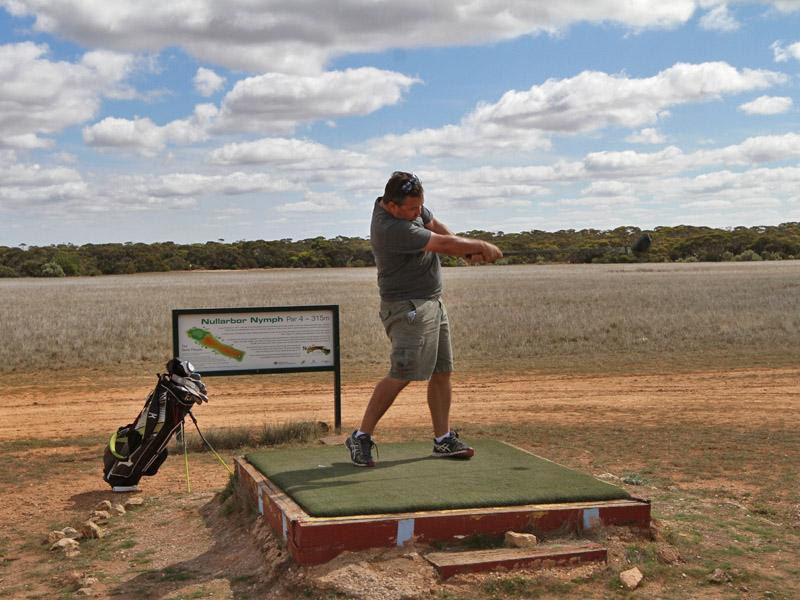 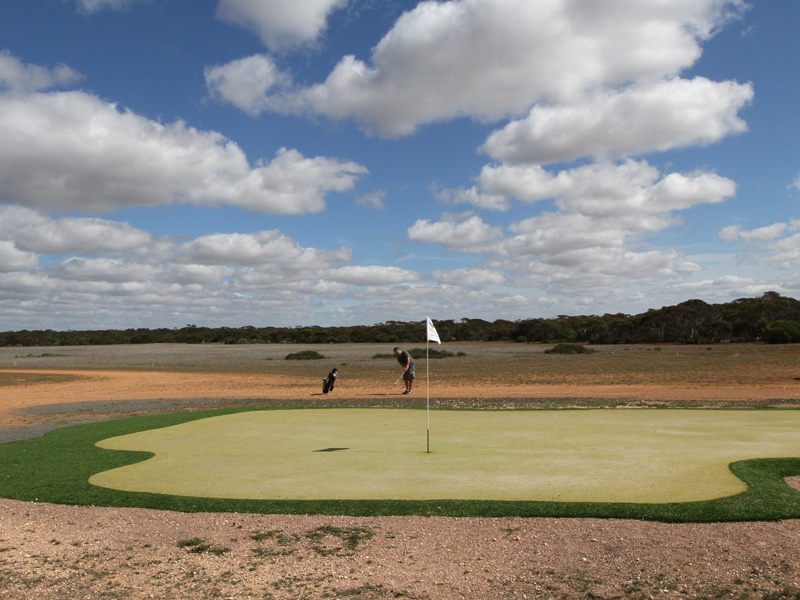