Town famous for the Escort Rock gold robbery in 1862.

Eugowra has only one true claim to fame. On 16 June, 1862 Frank Gardiner and his gang of bushrangers held up an armed gold escort and stole 2,719 ounces of gold (84.56  kg) and £3,700 in cash. Today the sleepy little town, which lies on the Mandagery Creek in the Lachlan River Basin, is famous for the gold robbery. Visitors should also visit the nearby Nangar National Park which has excellent bushwalking and is known for its rich and diverse fauna and flora.

Eugowra is located 271 metres above sea-level and 338 km west of Sydney via Bathurst and Orange. It is 37 km east of Forbes on the Escort Way.

An early European settler established 'Eugowra' station in the area in 1834. The town takes its name from the property. It has been claimed that the name is a Wiradjuri word meaning "the place where the sand washes down from the hills".

Eugowra Historical Museum & Bushranger Centre
Opened in 2003 this small local museum, located in a former stock and station agent's shop, has good displays relating to the Escort Rock gold robbery which includes the pistol used in that robbery by Johnny Gilbert (it was lost on the day and found years later). It also has five rooms of displays including an historic parlour, a bedroom, and a display of farm machinery and equipment. It is open from Wednesday to Sunday, 11.00 am - 4.00 pm, tel: (02) 6859 2820 or (02) 6859 2218. It can be opened by appointment.

Escort Rock
Located 3 km east of Eugowra, along the Escort Way, is Escort Rock where, on 15 June, 1862 Frank Gardiner and his gang of bushrangers pulled off the biggest gold robbery in Australian history. They ambushed the gold escort travelling from Forbes to Bathurst and successfully stole 2,719 ounces of gold (that’s 84.56 kg with a 2014 value of around $US3.4 million) and £3,700 in cash.

The robbery was relatively easy. At midday every Sunday a coach and horses owned by Ford & Co (they would be bought out by Cobb & Co a year later) headed off from Bray’s Great Eastern Hotel in Lachlan Street, Forbes to transport gold to the larger centre of Bathurst.

This was an official shipment which was transported by a coach driver accompanied by four police troopers.

On Sunday 15 June, 1862 the coach reached Eugowra around 3.30 pm. Just beyond Eugowra, at a place called Escort Rock, the track narrowed and made its way up a gully. This was the perfect place for an ambush. There were large granite boulders where men on horses could hide and the steepness of the track meant the coach had to slow down and it could not speed up to escape.

Gardiner had created a gang of seven men, most of whom were relatively poor cattlemen from the area around the Weddin Ranges. They were not vicious men but they realized that a lot of money and gold was at stake.

To improve their chances of success the gang managed to stop two bullock teams in the middle of the track. They forced the bullock drivers to lie down beside the road and act as though they were drunk or asleep.

The gold escort was starting to make its way below Escort Rock and up Mandagery Creek when it saw the bullock teams across the road. It stopped. The driver, Jack Fagan, called out to the bullockies to move their teams off the road and, with the escort brought to a halt, Gardiner and his gang attacked.

Fagan, very sensibly if not very courageously, jumped off the coach and ran for the bushes. The horses, frightened by the sound of gunfire and the shouting of the gang, reared up, bolted and the coach tipped over on its side.

The troopers followed Fagan’s lead and escaped down the hill towards the Eugowra homestead. Fagan’s hat was shot off his head and one trooper was shot in the testicles.

It was all over in a few minutes. The bushrangers loaded the gold and cash onto one of the coach horses, retrieved their horses which had been hidden in the bush, and headed off. They stopped at Noble’s Lagoon to redistribute the gold more evenly on the horses, crossed Mandagery Creek and, as it was now dark, set up camp on the banks of the Lachlan River.

The next day, preparing for a long journey, they took food and alcohol from a pub on the Lachlan which was owned by James Newell – his wife, Agnes, was the sister of Dan Charters, one of the bushrangers. They then rode south to a hideout on Mount Wheogo which lies to the north of the Weddin Mountains.

News of the robbery reached Forbes that night. A local squatter, Hanbury Clements, had ridden to Forbes and alerted the authorities and at first light the police troopers, accompanied by a skilled Aboriginal tracker, Jimmy Dargan [he subsequently shot and killed Ben Hall], picked up the bushranger’s tracks and followed them.

Frank Gardiner’s hideout was well located and had good views over the surrounding countryside. Seeing the police posse approaching he escaped but the coach horse carrying the gold was exhausted and it was left behind. The gang took the cash. Only Gardiner and Hall attempted to carry the gold with them. Within a day most of the gold had been recovered.

On 14 August, 1862 Dan Charters turned himself in to the police at Forbes in exchange for a pardon. He refused to testify against John O’Meally, John McGuire or Ben Hall. McGuire was subsequently arrested when police found a nugget of gold in his pocket. He served time, wrote an autobiography The Early Days of a Wild Colonial Youth, and died at Junee in 1915.

Of the rest of the gang, Frank Gardiner was eventually captured in Queensland, sentenced to a life of hard labour but released after eight years on the understanding that he would leave Australia and never return. He went to San Francisco where he died around 1904. Johnny Gilbert was killed in a shootout with the police at Binalong on 13 May, 1865. Johnny Bowe and Alex Fordyce were sentenced to hard labour for life but released after a decade. Johnny O’Meally was shot dead near Gooloogong and Ben Hall formed a gang and for the next three years was a very successful bushranger working mainly on the Sydney to Melbourne road around Goulburn. He was eventually cornered by troopers west of Forbes and shot and killed on 5 May, 1865. He is buried in Forbes cemetery.

Only Henry Manns, a minor member of the gang, was captured and sentenced to death. He was hanged on 26 March, 1863 and is buried in the cemetery at Campbelltown.

Nangar National Park
Located 11 km east of Eugowra on the Escort Way (turn at the windmill on your right), the Nangar National Park (9,169 ha) is part of the 340-450 million year old Lachlan Fold Belt and has strong historic associations with the Wiradjuri peoples. The park is best known for its dramatic escarpments and excellent views and the unusual feature of the Dripping Rock - literally a dripping rock during periods of drought and a small, rather beautiful waterfall following rain.
There is a very comprehensive downloadable brochure with a detailed map. Check out http://www.environment.nsw.gov.au/resources/parks/parkMaps/201009NangarBrochure.pdf. The brochure explains that there are "six woodland communities ... within Nangar National Park - Grey Box, White Box, Blakely’s Red Gum/ White Cypress Pine, Red Stringybark/ Scribbly Gum, Mugga Ironbark/ Red Stringybark and Tumbledown Gum Woodland" and that the fauna includes "The eastern grey kangaroo, common wallaroo, red- necked wallaby and swamp wallaby can be seen throughout the park grazing in open forests and along creeks. Small mammals recorded here, include the yellow-footed antechinus and common dunnart. Seven species of bat have also been observed in the park including the little mastiff-bat and chocolate wattled bat. The park has a great abundance of birds, both sedentary and migratory. Many species return to the park in winter including the jacky winter, red-capped robin and woodswallow to name a few. Other birds commonly seen throughout the year include the white winged chough, crested pigeon, apostle bird, red-rumped parrot and eastern rosella. Birds of prey such as the peregrine falcon, wedge-tailed eagle and brown falcon, along with some species of owls, utilise the cliff face along the northern boundary for nesting and perching. These birds are relatively common within the park and adjacent lands."
Bushwalking is excellent and challenging but there are no facilities, so food and water have to be brought in and walkers should advise people of your intended route.

Mount Murga Walking Track
The Mount Murga walking track is 4 km one way, takes around 3 hours one way, and is defined as medium to hard. It is clearly signposted by markers and offers excellent views across Mandagery Creek.

Chinamans Garden Walking Track
The Chinamans Garden walking track is 3.3 km one way, 2.5 hours one way and of a medium difficulty. It leaves  near the Terrara Creek Camping and Picnic area,  passes an old Chinese garden and continues up the hill to the Mount Murga-Nangar Link Track which, if you turn right, will take you to Mount Nangar (770 m) which offers excellent views across the valley and surrounding countryside.

Mount Nangar Hiking Track
The Mount Nangar hiking track is 3.6 km, 3 hours one way and defined as medium to hard. It goes from Dripping Rock to Mount Nangar (770 m) and offers superb views of the surrounding country side. It can form part of a 15.5 km walking track loop. For further information contact NPWS Lachlan Area Office, tel (02) 6851 4429.

* The area was occupied by the Wiradjuri people before white settlement.

* The first European in the area was Surveyor George Evans who passed through the district, reaching within 10 km of Eugowra, in 1815.

* In 1817 Surveyor General John Oxley and his exploration party passed through the area.

* A property named 'Eugowra' was established in the district in 1834.

* Eugowra village developed in the 1860s on the Eugowra station. It emerged near a bridge over Mandagery Creek on the route to the Lachlan goldfields.

* A bridge was built across Mandagery Creek in 1869.

* The town was formally laid out in 1881 and a courthouse, police station and school were built that year.

* In the 1910s granite from the surrounding area was quarried and used in the construction of Parliament House in Canberra.

The town has no Visitor Information Centre but both the local newsagency and supermarket can help visitors. The website is a very useful substitute.

There is a good local website - http://www.eugowra.aus.net/ - with useful information about accommodation and attractions in the town. 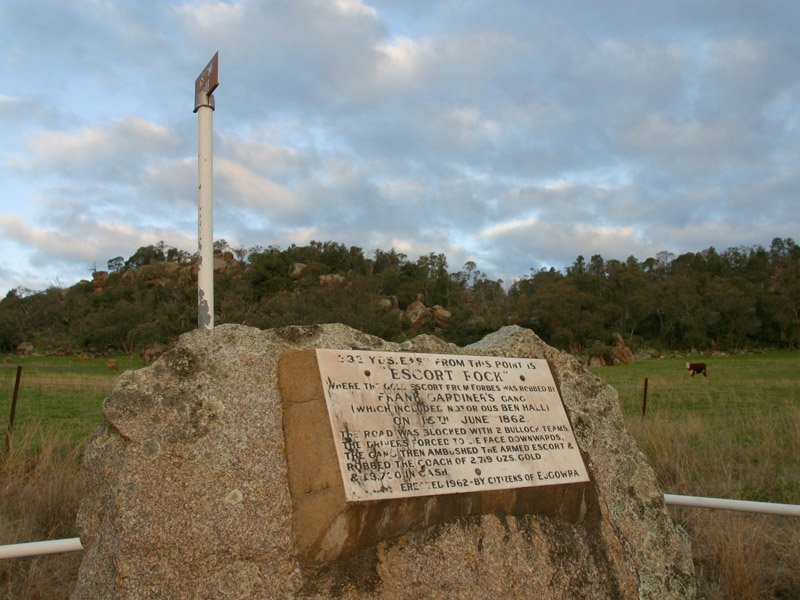 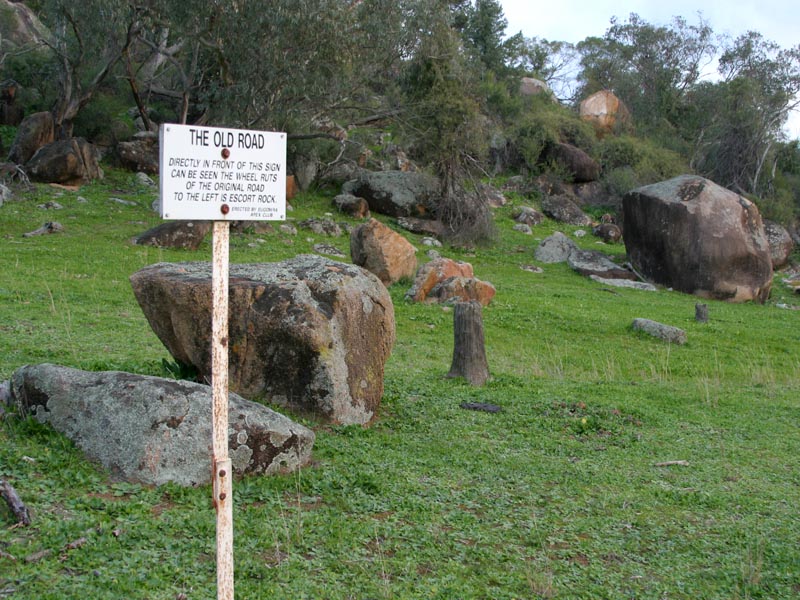 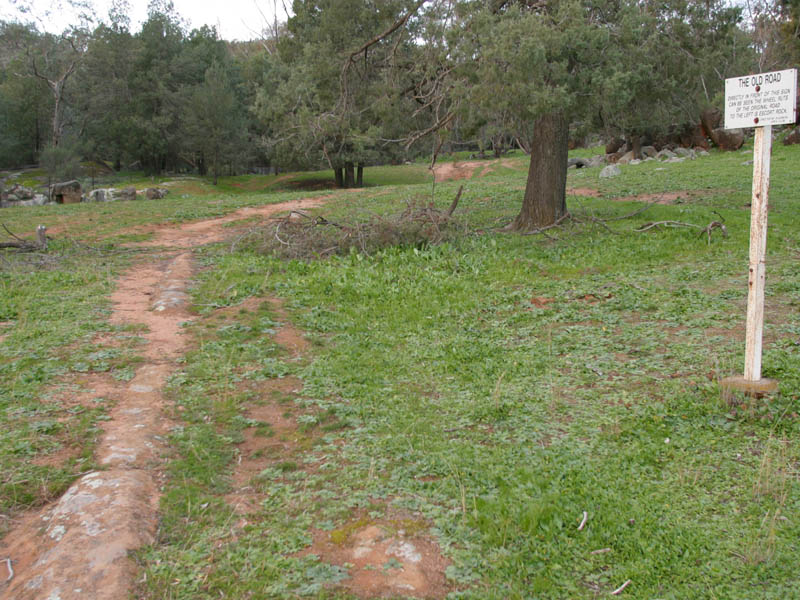 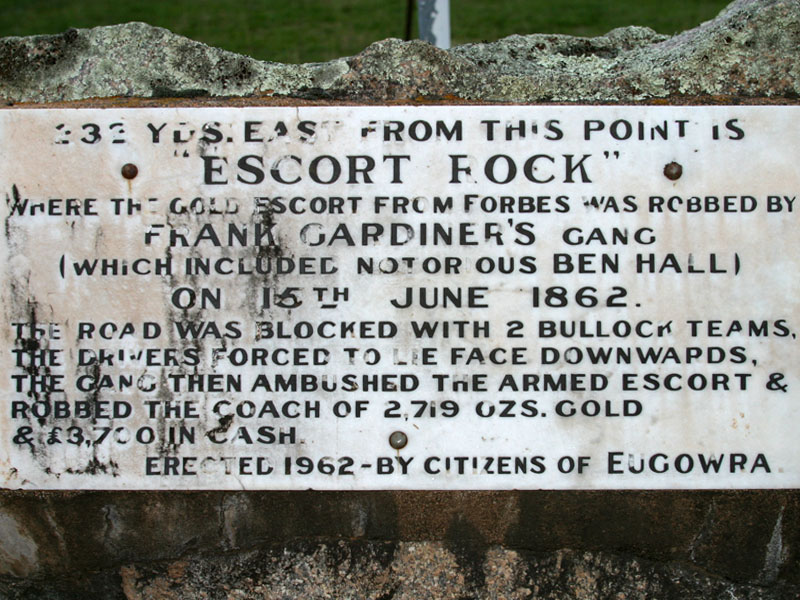 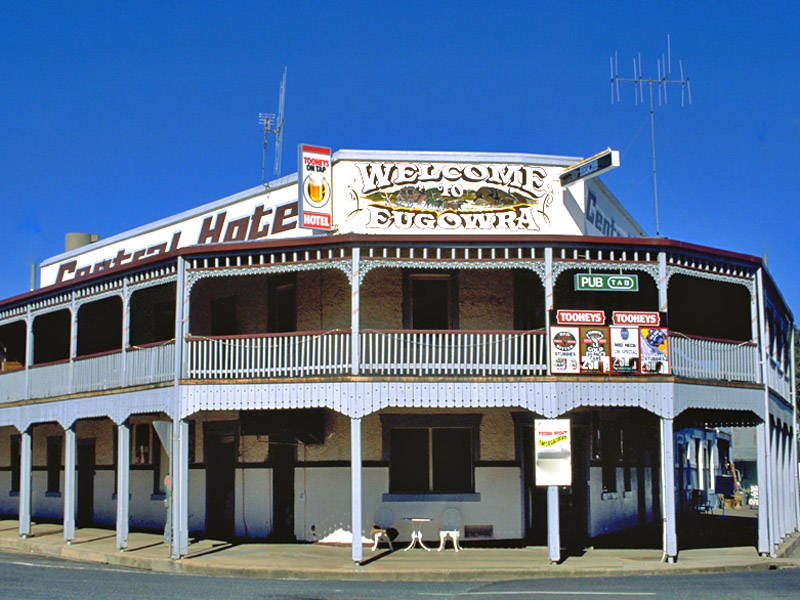