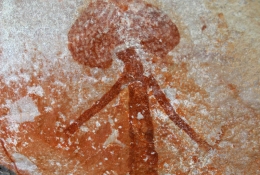 An extraordinary Bradshaw art work in a gallery near Faraway Bay. 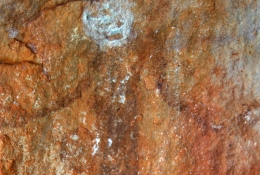 The antiquity of the Bradshaws in the area is obvious. 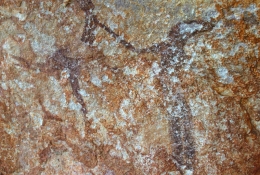 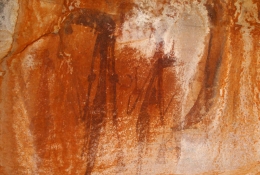 Strange stick figures with elaborate headgear in the Bradshaw Gallery near Faraway Bay. 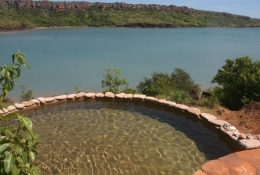 The pool and the view in front of the restaurant at Faraway Bay. 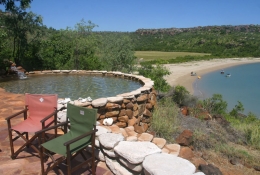 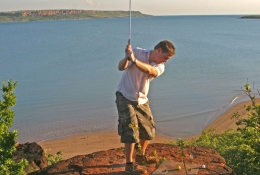 Teeing off to try and score a hole in one on the beach. 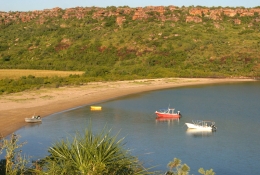 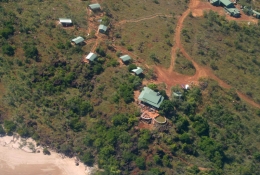 Faraway Bay Resort from the air. 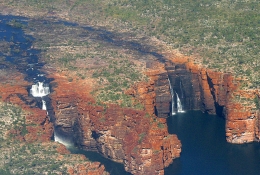 King George Falls from the air. 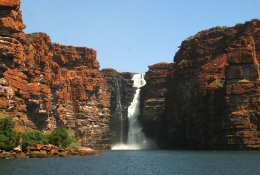 King George Falls from an approaching boat - like a cathedral. 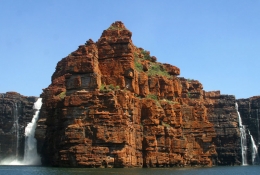 The two falls that form the King George Falls. 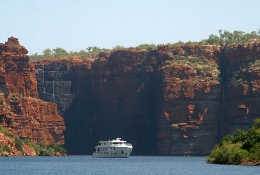 It is common to find a Kimberley cruise vessel moored at King George Falls.