Foster is a small rural service town in a dairying and grazing area. It is only about 20 km north of the beautiful Gippsland coastline which includes Shallow Inlet, Corner Inlet, Waratah Bay, Yanakie and Wilsons Promontory. The district is known for its fishing fleet, beef cattle, dairying, sheep production and its local produce which includes cheeses, wines, preserves, potatoes and herbs. The town's primary appeal is that it is a typical rural destination with quiet beaches, rainforests and waterfalls and time to relax and enjoy peacefulness away from the bustle of the city.

Foster is located 174 km south-east of Melbourne via the South Gippsland Highway.

The town is named after its first magistrate, William Henry Foster. Foster arrived in the town of Stockyard Creek in 1871. He was offended that he had to work in a town named "creek" and insisted the name be changed. Someone decided the simple solution was to name the town after the magistrate. Was it to curry favour or was it a very Australian, droll joke?

Foster & District Historical Society Museum
Located in the old post office, near the former Victory mine at 9 Main Street, the Foster Museum is now an historical museum which contains information about John Amey and memorabilia of the town's golden past. "The Museum features Foster’s gold, timber and dairying history, together with an extensive collection of photographs, the former Agnes State School, a furnished miner’s cottage, a bark hut, and H.L. Lasseter’s work boat, among other fine displays." Check out https://foster.vic.au/foster-museum and http://www.promcountryhistory.org.au for more details. It is open on Saturdays and Sundays from 11.00 am - 4.00 pm from December to March and from 11.00 am - 3.00 pm in winter.

Pearl Park
There is a delightful park which runs between Main Street (opposite the Museum) and the local creek. It is ideal for picnics, barbecues and relaxing and has a number of interesting historic signs and a sculpture recording the discovery of gold in the district. One of the signs provides a detailed history of Lewis Hubert Lasseter, later known as Harold Bell Lasseter, who moved to Toora during World War I. He had a number of innovative ideas for the area but his fame rests on his belief that there were vast gold reserves west of Alice Springs. In 1930 he headed out from Alice Springs to find "Lasseters Reef" and died in the heat of Central Australia's summer in February, 1931. The local sign calls him "Our Eternal Optimist".

Exchange Hotel
Located at 43 Main Street, the Exchange Hotel, built in 1907, with its unusual conical turret, was modelled after a hotel which the proprietor, Anastasia Thornley, saw in Ireland. The original Exchange Hotel was owned by William and Anastasia Thornley and called the Thornley Hotel. It started operating in 1871. William died in 1874 and Anastasia became the publican. The first hotel was burnt down in 1905 but by 1907 it had been rebuilt from shipped Western Australia Jarrah. Designed by Melbournian J. Edmund Burke it re-opened on the 20 May 1907. For more information check out http://www.fosterhotel.com.au.

Wunman Njinde Wominjeka - Welcome from the Creator Spirits of the Land
Located in the P J Wilson Reserve on the Fish Creek-Foster Road, this interesting and unusual collection of painted sculptures was installed in 2015. The sign explains the Aboriginal story: "Boorun the Pelican flies in from the east across the mountains. Tuk the Musk Duck joins him as they travel in their canoe around the islands and the waters of Corner Inlet. Mother and Father of the Gunnai Kurnai, they carry the stories of the land and sea. Bunjil the eagle flies in from the west. He circles above us on powerful wings, Creator Spirit of the Kulin he remembers the creation of the rivers, the mountains, the creatures and the people."

Mount Nicoll Lookout
Located halfway between Foster and Fish Creek, the Mount Nicoll Lookout extends from the towering wind turbines at Toora, across Corner Inlet to the Prom, to the sand dunes at Shallow Inlet and the islands beyond.

Hayes Walk and Brataualung Nature Trail
There is an excellent, detailed brochure of this walk. Check out http://www.sgcs.org.au/leaflets/Hayeswalkfoster.pdf. In summary it explains that "These two walks almost in the centre of the township of Foster give visitors a glimpse of the history, both natural and man made, of this part of South Gippsland ... Hayes Walk starts from the carpark behind the hotel. It is a short uphill walk across the top of the hill and takes less than 30 minutes to return to the steps at the beginning. There are views over the township and surrounding countryside. Hayes Walk emerges on McDonald Street and from there it is a short walk across the road to the beginning of the Brataualung Nature Trail ... From both walks there are views of the surrounding rural countryside. The combined walk takes less than 2 hours to complete."

Great Southern Rail Trail
The Great Southern Rail Trail is a 74 km journey from Leongatha to Yarram. The section involving Foster runs for 22 km from Fish Creek to Toora - the section to Fish Creek (12.4 km) rises up 140 metres along the west side of the Hoddle Range for spectacular views of Corner Inlet and the peaks of Wilsons Promontory National Park and is known for the kangaroos and wallabies that inhabit the dense forest on either side of the trail. The Foster to Toora section (10.2 km) is described as a "leisurely section is perfect for young families to explore, and features an ever-changing view – from dairy farms and gum tree glades to rivers, rolling hills and wind turbines." For more details and information check out https://www.railtrails.org.au/trail?view=trail&id=144.

Port Franklin, Corner Inlet and the Coast
The roads from Foster to Fish Creek and Yanakie are attractive and scenic. Boating and fishing are popular at Corner Inlet. The safe waters and strong winds of Shallow Inlet are also ideal for windsurfing. Further south-west, Cape Liptrap is a popular spot for surfers. To the south-east, along a road which runs south off the highway, is the district's original fishing village, Port Franklin.

* Prior to the arrival of Europeans the area was home to the Brataualung Aboriginal people,a group within the Kurnai people.

* In 1798 George Bass entered Corner Inlet and surveyed the shores.

* In 1841 Port Albert was established. It became the main entry point for Gippsland.

* By 1844 there was a stock route from Port Albert to Westernport.

* The settlement was originally called Stockyard Creek - because it had a stockyard. It was a resting place for drovers travelling from Port Albert to Westernport.

* John Amey, an ex-convict from Tasmania, took up land at Bennison, several miles east of the creek, in 1860. He established a profitable farm which shipped produce to Port Albert via packhorse and bullock dray.

* Amey's daughter married Port Albert's Crown Land Ranger. At that time illegal logging of blackwood was being carried out around Stockyard Creek. When timber staves were found the ranger became suspicious and travelled to Stockyard Creek to investigate. Alerted by Amey the timber cutters cleared their camp and, while pretending to be gold prospectors, actually discovered a rich seam of gold in 1870. The find was registered and a rush followed.

* As there were no police at the site of the rush, William Henry Foster, a magistrate, was called in to adjudicate disputes in 1871.

* A mechanics institute and bank were established in 1871.

* By 1877 the alluvial mining had been exhausted.

* In 1884 selectors came to the area encouraged by the high rainfall and good soils.

* In 1894 the locals successfully agitated for the creation of the new shire of South Gippsland to be based in Foster.

* A butter factory commenced operations in 1905.

* In 1908 Wilsons Promontory was declared a National Park.

* Electricity was connected to the town in 1916.

* In 1917 there was successful hydraulic sluicing at the New Zealand Hill mine.

* Reef mining was taken up later in the century and mining was abandoned altogether in the 1930s.

* In 1937 the local private hospital became a community hospital.

* The area received a boost after the Second World War, when the Soldier Settlement Commission developed the Yanakie area, a narrow stretch of land to the south.

* In 1967 Esso/BHP built a marine terminal at Barry Beach.

There is a local website with extensive information about the town. Check out https://foster.vic.au/foster-township. 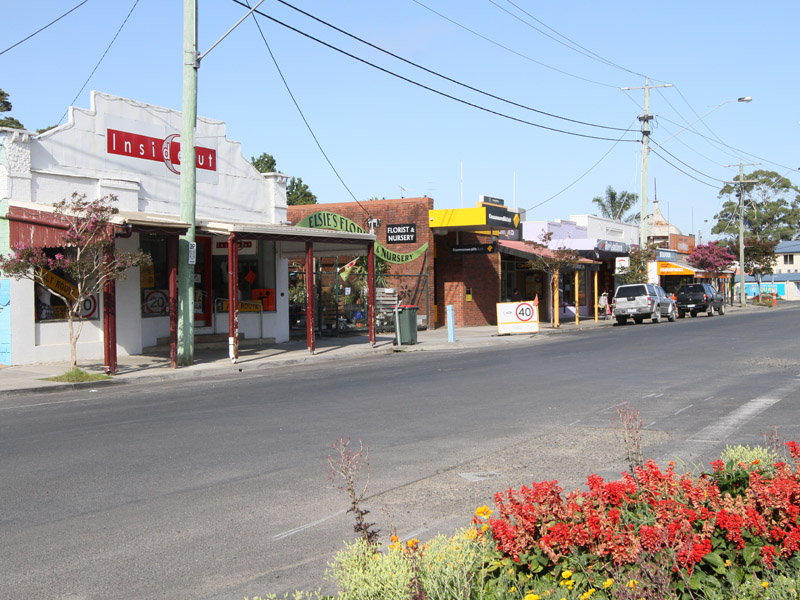 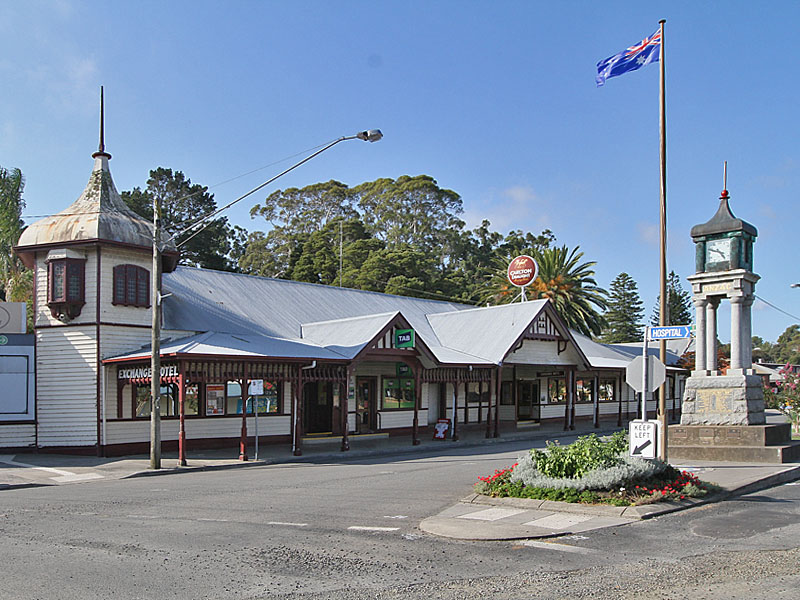 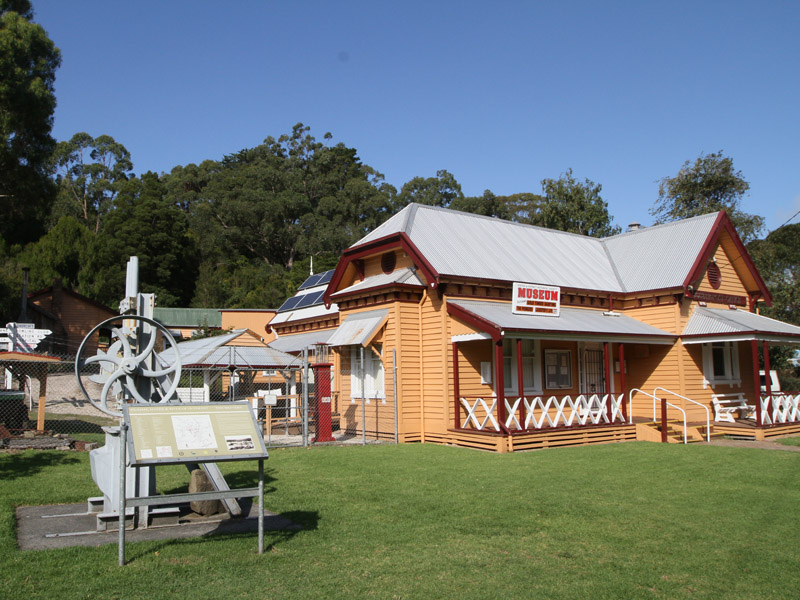 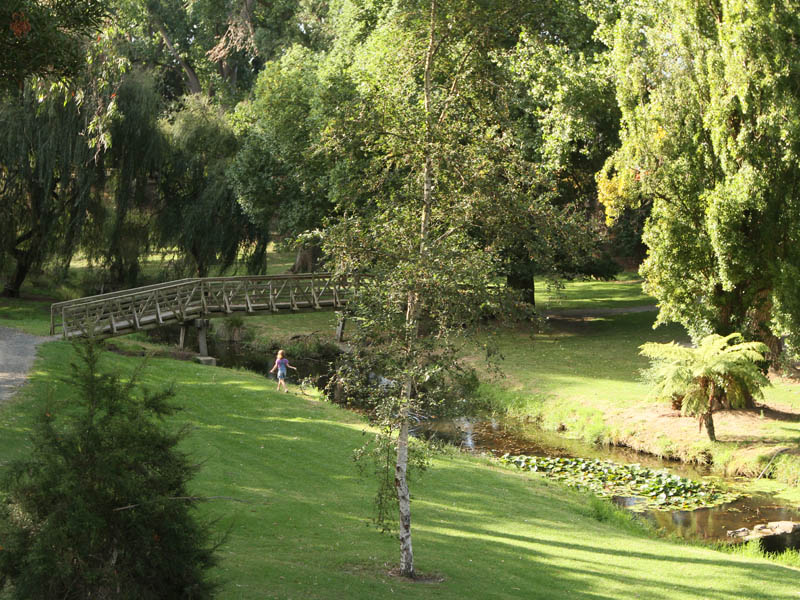 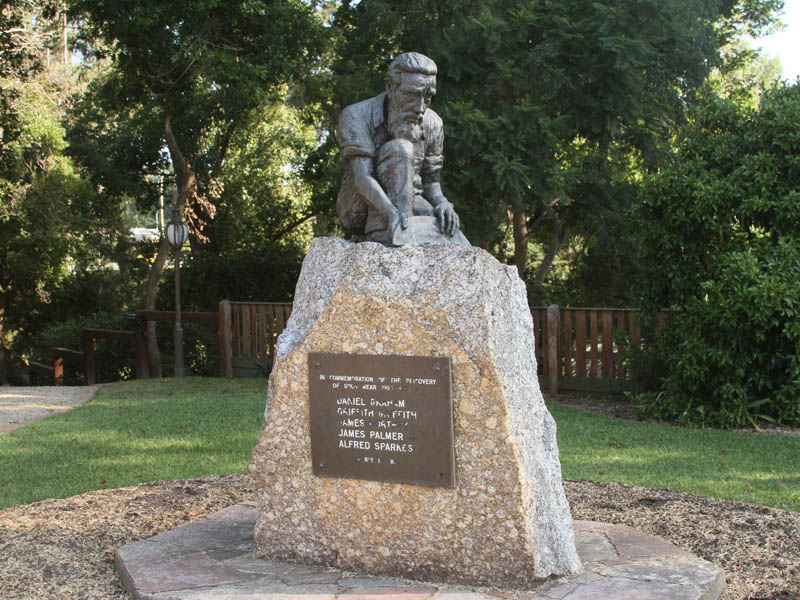 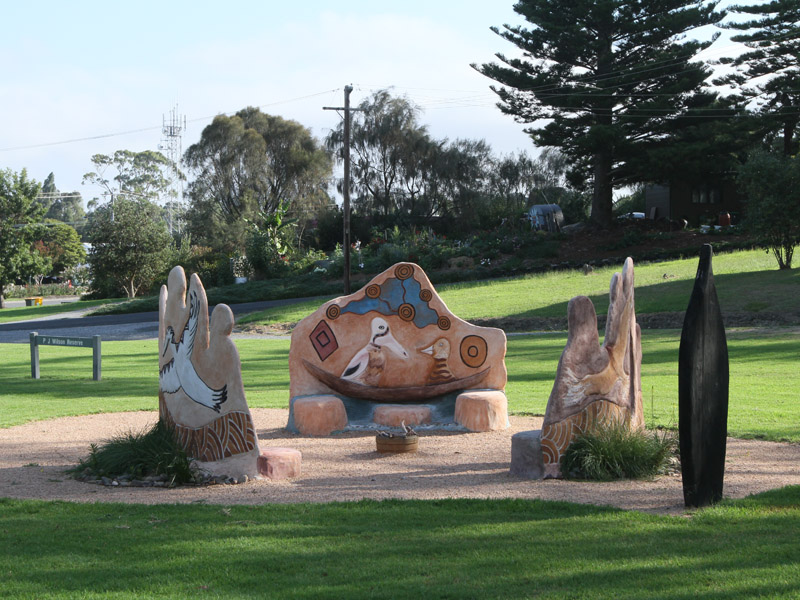