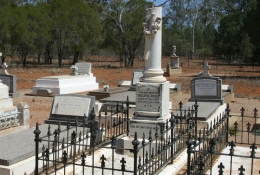 The grave of Helena Kerz in the Girilambone cemetery. 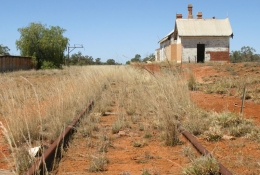 The long-dead railway line and railway station at Girilambone.