Coral cay which is a popular day trip from Cairns.

Green Island, a coral cay, has been the most popular island on the Great Barrier Reef for nearly a century. As early as 1907 the Cairns Council were promoting the island as an easy and accessible tourist destination. The primary appeal was that it was ideal for day trips from Cairns. It is now less than an hour from Cairns and the appeal is obvious: the beaches are sublime, it is easy to walk around (it takes around 20 minutes) and there are plenty of opportunities for snorkelling and relaxing on the beaches. Historically Green Island was well known to the local Aborigines. The Gungandji and Mandingalbay people claimed it was haunted by spirits but they still brought their young men to the island for initiation. Remember: it is in a tropical zone where, typically, the rainfall can be up to 2000 mm between January and March ... and it can be battered by cyclones during those months.

The first European to sight Green Island was Captain Cook during his journey up the east coast of Australia in 1770. Cook named the island after Charles Green who was the chief observer and astronomer-in-charge on the H.M. Barque Endeavour.

The Island Itself
Green Island is a small (15 hectare) coral cay which can be walked around in 20 minutes. Its circumference is almost exactly 1.6 kilometres. It is 260 metres wide and 660 metres long. The edges of the island are either compacted coral or rather beautiful coral and sand beaches. The interior of the island is predominantly rainforest. The resort takes up only 12 per cent of the total island so, remarkably, there are still plenty of opportunities to feel as though you are on a deserted island. It is estimated that the island is 6,000 years old. It was formed by a combination of sand, coral rubble, shells and debris all bound together by seabird droppings.

Activities on the island
Swimming, snorkelling, windsurfing, glass bottom boat coral viewing, birdwatching (there are 55 species of birds regularly seen on the island) and bushwalking. The walks through the rainforest are surprisingly informative as they are all on boardwalks and there are numerous interpretative signs. It is possible to download the Self-Guided Eco Walk at https://www.green-island.com.au/pdfs/Self_Guided_Walk_Bro_ENGLISH.pdf. It provides a map of the route around the island and very detailed information about fauna and flora as well as 14 detailed descriptions of plants that can be found on the island including the Fish Poison Tree, the Coconut Palm, the Dead Dog Tree and the Cheesefruit.

History of the Island as a Destination
There has been some sort of holiday accommodation on Green Island since it was declared a Recreational Reserve in 1906. The island was declared a National Park in 1937 and that same year a 20-year lease for a hotel was offered. The island's first hotel, the Coral Cay Hotel, was opened in 1942 and redeveloped as the Green Island Reef Resort in 1963. In 1988 Dreamworld Corporation purchased both the ferry service and the resort and renamed the company Great Adventures. By 1991 this had been sold to the Japanese property developer, Daikyo Pty Ltd. The current resort, a beautiful 5-star place hidden in the rainforest near the jetty, was completed in 1994 by Daikyo who sold it to Quicksilver Connections in 2005. For all the luxury of the resort, the island remains essentially a daytripper destination. The appeal of the resort is that all the daytrippers arrive in the morning and depart in the afternoon. The rest of the time the island is exclusively for resort residents.

How big is the Resort?
There are 46 rooms with a capacity 92 people. There are two types of rooms - Island Suites and Reef Suites. See http://www.greenislandresort.com.au/pdf/quick-facts.pdf for details.

Who does it appeal to?
In recent times the resort has become a popular honeymoon destination. It is quite popular with Japanese tourists as Green Island holidays are sold extensively in Japan.

How much does it cost?
For details check out https://www.greenislandresort.com.au/ which has a booking section where, in 2018, prices ranged from $425 to $670 depending on time of year.

Free activities
Bushwalking, nature walks, underwater observatory, beach equipment, swimming. It is usual to buy a package which includes a range of activities. The packages are included in the cost of the cruise to and from Cairns.

Eating at the resort
The resort caters for both day trippers and for regular guests. The range of eating on the island is comprehensive. The Canopy Grill is a snack bar, grill and kiosk which is open from 9.30 am - 3.30 pm - it caters predominantly for day trippers; Reflections Pool Bar offers drinks beside the bar from 9.30 am - 3.30 pm. Emeralds Restaurant offers high quality food. It is a la carte and opens for lunch at 11.30 am - 5.30 pm, with breakfast being available from 7.00 am - 10.30 am. For guests at the Resort, Emeralds is open from 6.00 pm. In 2018 the evening meal focussed on seafood and bush tucker with such delights as "Butter Poached Bay Lobster Tails" and "Home Smoked Kangaroo".

* Prior to the arrival of Europeans, Green Island was well known to the local Gungandji and Mandingalbay Aborigines who claimed it was haunted by spirits but they still brought their young men to the island for initiation. This process of initiation commonly lasted for weeks.

* The first European to sight Green Island was Captain Cook during his journey up the east coast of Australia in 1770.

* In 1857 J.S.V. Mien settled on the island. He was in search of beche-de-mer (sea cucumbers) for the Asian market and found that the waters around the island had a plentiful supply.

* In 1863 a vessel named Antagonist was shipwrecked on the island's reef.

* By the 1870s the beche-de-mer around the island had been fished out.

* In 1889 the Queensland government planted the island with coconut palms. This was an attempt to provide food for shipwrecked sailors.

* By 1890 pleasure cruises from Cairns were visiting the island.

* In 1905 George Lawson, a beche-de-mer fisherman from Yorkshire, England settled on Green Island.

* In 1906 a public jetty was constructed and the Cairns Town Council declared the island a recreational reserve.

* Lawson remained on the island until his death in 1907.

* By 1907 the Cairns Town Council had taken control of the island hoping eventually to turn it into a major tourist attraction. A report at the time suggested that "Hotels will be erected and steamers will ply daily between the island and Cairns."

* In 1924 a regular fortnightly ferry service started operating to the island.

* By 1934 the island was declared a fauna sanctuary.

* In 1937 Green Island was declared a National Park. That year saw a 20-year lease granted to develop a hotel on the island.

* By the 1940s the island had tents and huts available for rental as well as a guest house.

* In 1942 the Coral Cay Hotel was opened for business.

* Green Island was the setting for an innocent pre-marital holiday for Joe Harman and Jean Paget in Nevil Shute's novel A Town Like Alice which was published in 1950.

* The Green Island Reef Resort was opened in 1963.

* Queen Elizabeth visited the island in 1970.

* In 1974 Green Island Reef was declared a Marine National Park.

* In 1982 a fast catamaran service from Cairns was introduced.

* In 1988 Dreamworld purchased both the resort and the catamaran service.

* In 1991 Daiko Pty Ltd purchased the resort and catamaran service from Dreamworld.

* In 2005 Quicksilver Connections purchased the resort from Daikyo Pty Ltd.

There is an information desk on the island but all you need to know is accessible at https://www.green-island.com.au/information.

There is a useful, dedicated website. Check out https://www.green-island.com.au. 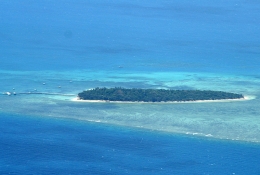 Green Island from the air 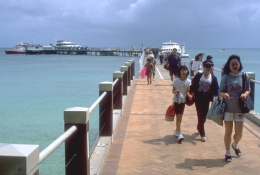 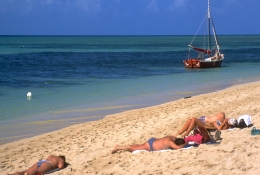 Daytrippers lying in the sun on Green Island's idyllic beach 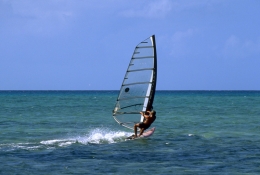