Historic town in the Derwent Valley

Hamilton is a small Georgian and early Victorian village in the Derwent Valley which has remained largely unspoilt. Today it is still sufficiently removed from the commercialisation of places like Richmond to offer the visitor an opportunity to experience what the villages of southern Tasmania were like in the 1830s and 1840s. It is easily accessible being only one hour from Hobart. The appeal of the town is a product of its peacefulness and its excellent collection of well-preserved historic buildings. There is also excellent fishing at Lake Meadowbank.

Hamilton is located 73 km north-west of Hobart on the Lyell Highway.

There are three explanations for the naming of Hamilton. Some claim that Governor Lachlan Macquarie, in 1821, named the town after the town of Hamilton in South Lanarkshire, Scotland. Other sources claim that it was named by Governor Arthur in 1829 after his friend William Henry Hamilton, the Hobart Town Postal Officer. A third explanation argues that Governor Arthur, being a Scot, named Hamilton and Bothwell after he had renamed the Clyde River. Hamilton and Bothwell were both towns on the Clyde in Scotland. Whatever the origins it was known as Hamilton by 1835.

Hamilton's Historic Buildings
There is an excellent brochure - Historic Hamilton - Let's Walk About Hamilton - which identifies 18 historic buildings in the small town. Of particular interest are:

St Peter's Church (1834)
The foundation stone for St Peter's Church was laid in 1834. It was completed in 1837 and consecrated by Bishop Broughton, at the time the only Bishop of Australia, on 8 May 1838.
The explanation for the church having only one door is a comment on the times. It was almost certainly to prevent the congregation, which was about 50 per cent convicts, from attempting to escape. The original church was a simple stone building. There were plans to add a spire to the tower in the 1920s but they never eventuated. The headstones around the church date back to the 1830s. One of particular interest is that of Sarah Lane who died at the age of 8 years in 1844.
The inscription on the headstone reads:

The dropped 'h' is the result of the stonemason getting his measurements wrong while the untimely death of the child as a result of a Sunday school fire seems bizarre.

2. Jackson's Emporium (1856)
James Jackson's Emporium was built in 1856 (there is a stone plaque chiselled above the door). The Emporium was built onto the side of Jackson's house (which was 2 storeys, built in 1845 and called Franklin House).  At different times the Emporium and the house have been on separate Land Titles.  The titles are currently joined.  In about 1930 there was a fire in Franklin House. The Emporium was unaffected.
The Emporium is now a cafe, a delicatessen of Derwent Valley produce, the reception for accommodation and a retail outlet for other products and activities.  It is called an Emporium because the current business is like a tourism centre of commerce or a department store (the original meaning of the word emporium).

3. The Old Post Office (1835)
Once the home of the Hamilton Council clerk whose wife ran the local post office from the building. It is said that she had to cancel the stamps manually because the post office stamp had gone missing.

4. Warders Cottage (1840)
This simple cottage was used by the local gaolers. It is now occupied by the local Historical Society's Heritage Centre and Museum. It is located on Tarleton Street

7. Blanchs Store (1830)
No one is sure when this building was completed. It was built sometime between 1820 and 1840 and has been used as a butcher's and baker's shop for most of its existence.

9. Three Historic Cottages
The three cottages, Emma's, Victoria's and George's, now offer historic accommodation. They were all constructed of local sandstone by convicts. Tel: (03) 6286 3270 for bookings.

10. The Rectory (1845)
This home for the local ministers has operated for over 150 years and has been the home of over 23 local clergymen.

13. Old Hamilton Inn and Barn (1834)
Built by convicts this building was an inn until the 1970s when it became a private home.

16. Glen Clyde House (1840)
Originally built by convicts as a private home, Glen Clyde House is located prominently at the end of the main street. It was licensed in 1844 and originally known as the 'Tasmanian Lass'.

17. The Hamilton Inn (1830)
William Roadnight, who built the Hamilton Inn, was a mill owner, pound keeper, policeman and postmaster. It remained a private home until 1838 when it became the New Inn. It is still a licensed hotel. It is located on Tarleton Street.

18. The Old Schoolhouse (1858)
The Old Schoolhouse, a huge two storey structure, was built by convict stonemasons in 1858. It is an interesting comment on the times that it was originally constructed so that the Headmaster lived in the room above the central staircase and the children, according to their sex, entered the school from different doors.

* Prior to European settlement the area around Hamilton was inhabited by the Lairmairrener Aborigines for thousands of years.

* The first European explorers to reach the Hamilton area were the botanist Robert Brown and his party who attempted to trace the Derwent River to its source in March, 1804. They reached the Hamilton Plains and followed the Fat Doe River (now known as the Clyde) up to the Clyde Falls near the present site of Bothwell.

* By 1828 there were a small number of houses in the district.

* A visitor in the early 1830s reported that there were 30 sly grog shops in the settlement.

* In 1832 there were sixty people living in and around the town. At this time the town successfully petitioned for a policeman as the area was suffering from robberies by bushrangers and escaped convicts.

* By 1835 the town's population had risen to 779 with 309 convicts working on buildings and the surrounding agricultural land. In this year the town became known as Hamilton.

* The police force rose to eleven petty constables and a flagellator - for whipping convicts - by 1837.

* By 1844 Hamilton had two breweries, six inns, a blacksmith, a large convict probation station and was marked out to become a major centre.

* By 1859 a traveller could describe the town as "Here is a neat Church, a handsome bridge, large inns, breweries and some good shops. And round the village are some of the largest landed proprietors in the country possessing 20,000 and even as many as 40,000 sheep."

* Hamilton was declared a municipality in 1863.

There is an official website - http://www.discovertasmania.com.au/about/regions-of-tasmania/hobart-and-south/hamilton - which has useful information. 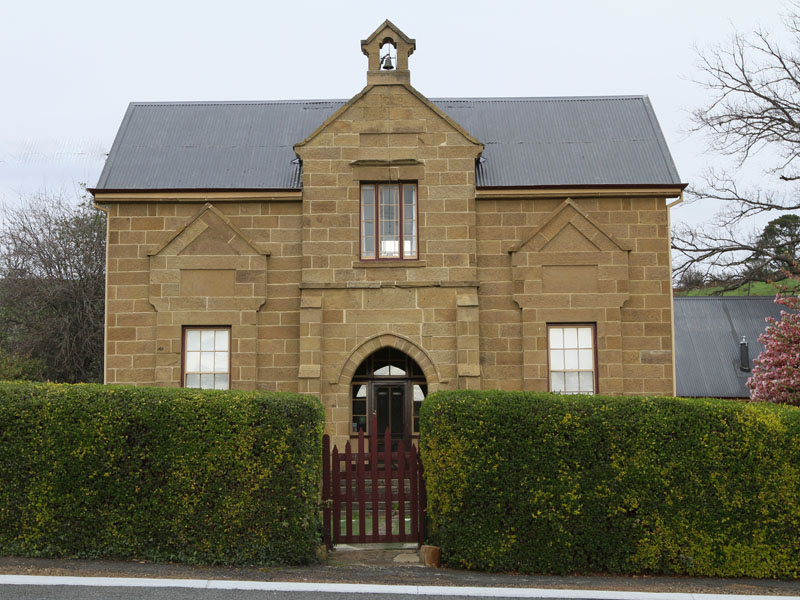 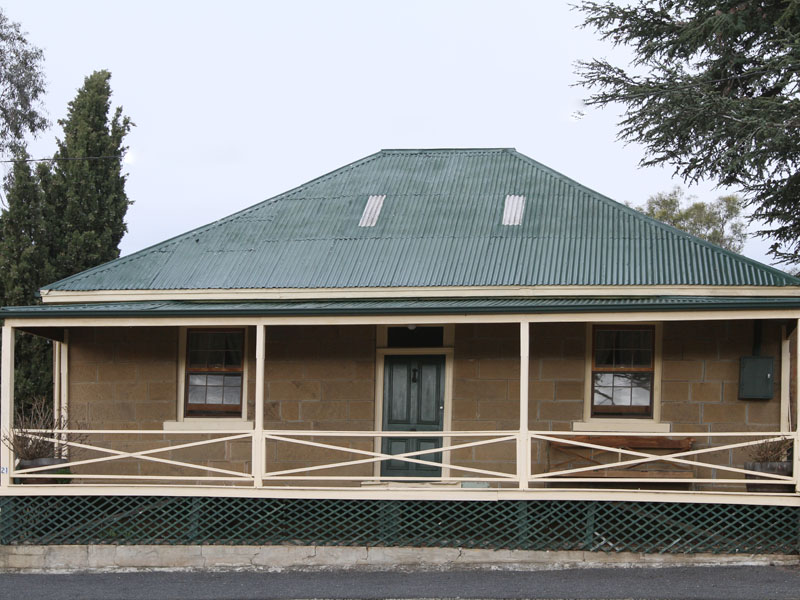 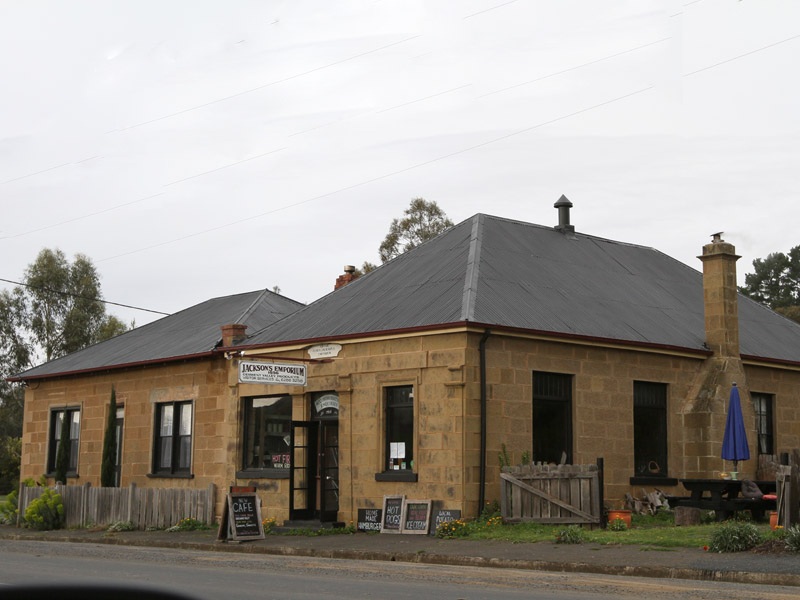 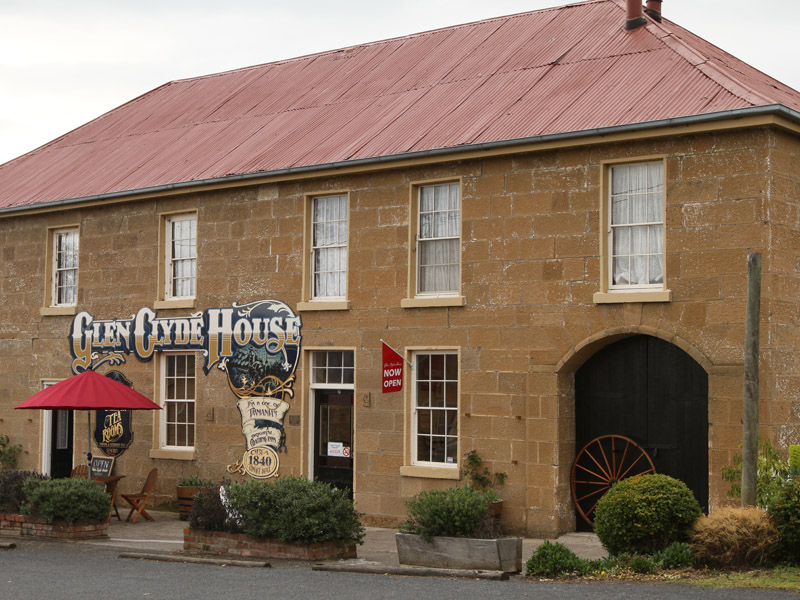 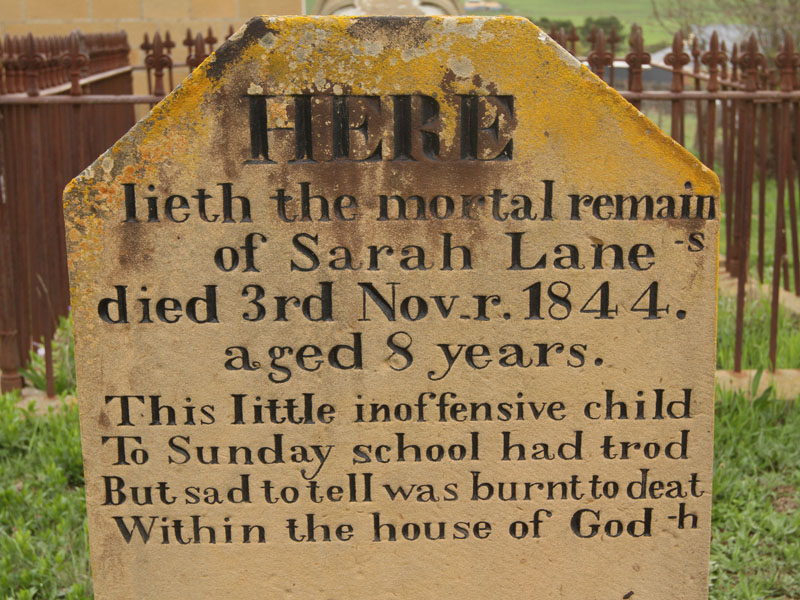 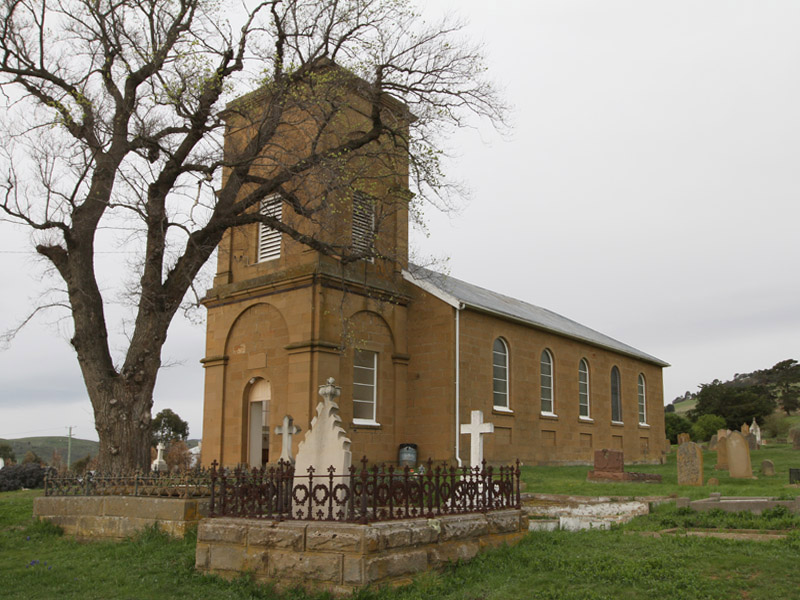 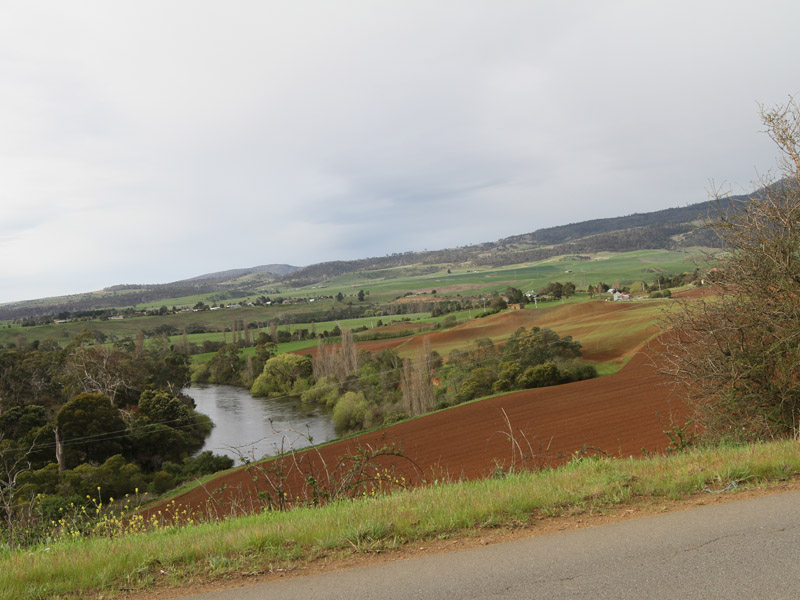