Historic gold town at the junction of the Goulburn and Jamieson Rivers.

Jamieson is a small and captivatingly charming historic village which lies at the confluence of the Goulburn and Jamieson Rivers. It is located in a beautiful valley which is surrounded by densely-covered mountains at the south-eastern corner of Lake Eildon. The town comes alive during holidays when crowds arrive to enjoy water-skiing, power-boating, bushwalking and fishing in Eildon National Park and camping and gold panning along the banks of the Goulburn and Jamieson Rivers.

Jamieson is 226 km north-east of Melbourne via Mansfield (the Melba, Goulburn Valley and Maroondah Highways) and 37 km south of Mansfield.

Jamieson was named after George Jamieson, a shepherd who grazed sheep in the area in the 1850s.

Self Guided Historic Walk
A delightful way to explore the history of the town is to get a copy of the Self Guided Heritage Walk (available from most shops in town) and inspect the 25 places listed which include Ridge's Cottage (c.1864) which was built by Matthew Ridge, a blacksmith and wheelwright, the former Diggers Exchange Hotel (late 1870s); Matthew's Cottage (c.1900) and the Old Colonial Bank (1867). The Police Stables (1862) on the site of the original police camp. The stand of Canadian Redwoods was planted in the 1860s; Jamieson Primary School (1878); St Johns Catholic Church (1900) was built of handmade bricks made in Mansfield. It replaced a timber chapel built in 1863. Jamieson Courthouse (1864) was also built of hand-made bricks in 1864. It is listed on the National Estate. It now houses local archives and material pertaining to local history and is open on weekends and public holidays between November and Easter from 10.00 a.m. to 4.00 p.m., or by appointment, tel: (03) 5777 0592. There is also the Post Office (1872) and St Peter's Anglican Church (1865). Built of local bricks in 1865, St Peter's is surrounded by oaks planted last century. The porch and vestry were added later.
The experience is greatly enhanced by excellent signage at each location with placards including descriptions and photographs of the original buildings. Thus "20. Courthouse - designed by H.A. Williams, a draftsman for the Public Works Department, and built in 1864 for the thriving Upper Goulburn Goldfields, the Courthouse signalled the arrival of law and order in the district. It was built of hand made bricks from the Jamieson Brick Co, on a sandstone base with a slate roof, it served until 1977 as County Court, Court of Mines and Court of Petty Sessions."

Jamieson and District Historical Museum
Located in the town's old Courthouse (see above), a National Estate and Victorian Heritage Listed site, the Historical Museum is open from 10.00am - 4.00pm weekends and public holidays from November to Easter.

The Island
If you cross over Foots Bridge, on the western side of town, you can access a small tree-covered peninsula known as 'The Island' which lies at the junction of the Goulburn and Jamieson Rivers. The apple and fruit trees are remnants of an orchard planted in the 1860s by the town's first doctor, a Dr Nash.

Jamieson-Eildon Road
Be warned: the road which winds around Lake Eildon from Jamieson to Eildon is steep and winding but it is rewarding. It does offer spectacular views of Big River State Forest to the south and Lake Eildon to the north.

Mitchells Bridle Track
Mitchells Bridle Track follows the meandering course of the Jamieson River linking Grannys Flat Camping Reserve to Mitchells Flat. The trail covers 24 km and can be comfortably completed in two days. It is considered an easy to moderate walk. "The Bridle Trail was cut after Richard O'Brien, a Jamieson River farmer stumbled upon what appeared to be free mercury on the creek bed of the Jamieson River tributary of Quicksilver Creek between 1893 and 1894. After inspection, cinnabar (red mercuric sulphide ore) was later also found. This was the only mercury mine in Victoria."

* Prior to European settlement the area around Jamieson was occupied by people from the Taungurong Aboriginal language group.

* The first gold miners in the area arrived in 1854 and settled at Cashens Point to the south of the present town. Jamieson grew up as a service and supply town more than a gold mining town.

* By the early 1860s the population in the valley was estimated at 4,000 prospectors.

* In 1919 it became part of the Mansfield Shire

* The town was spared by the 2006 bushfires and was used as a base for rural fire service operations on the surrounding area.

* Panning is still carried out in the Goulburn River.

There is a useful local website. Check out http://www.jamieson.org.au/ 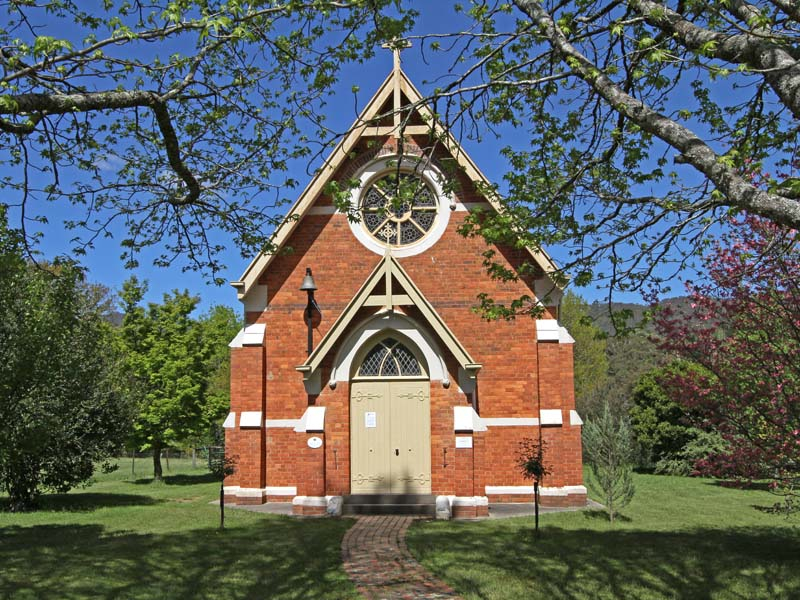 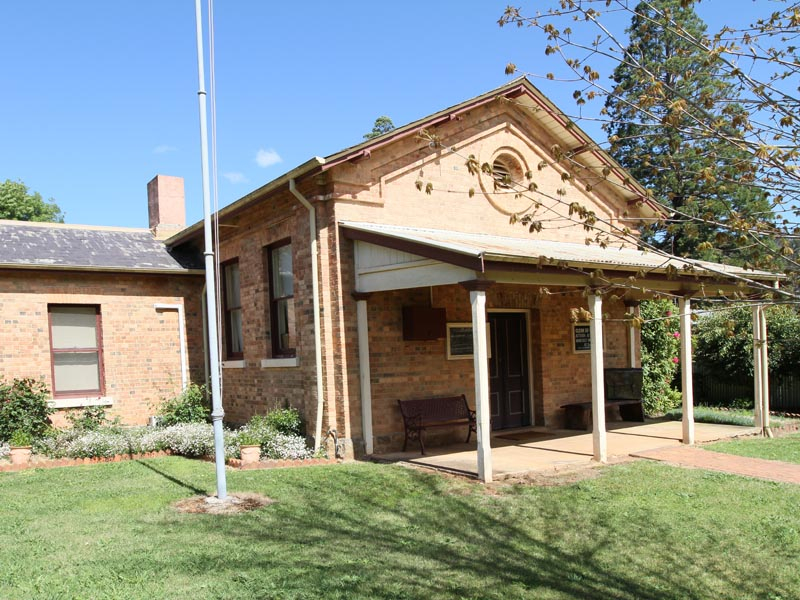 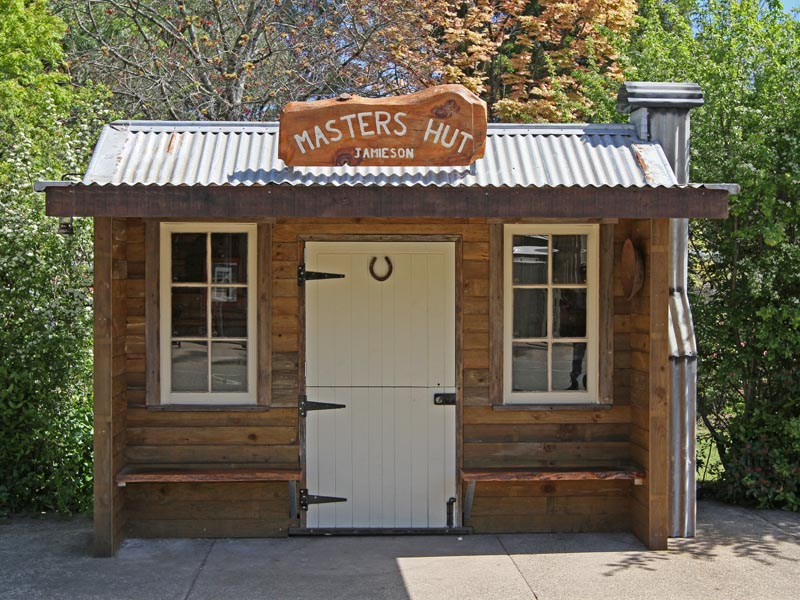 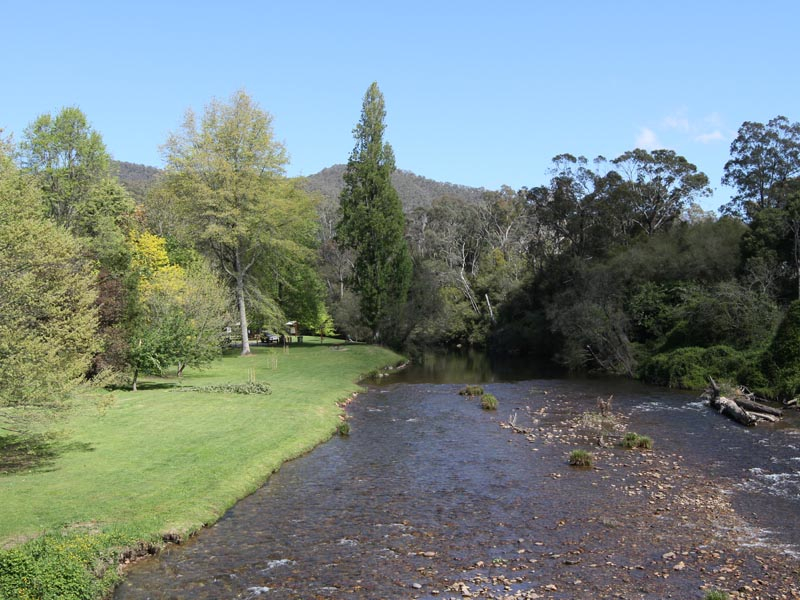 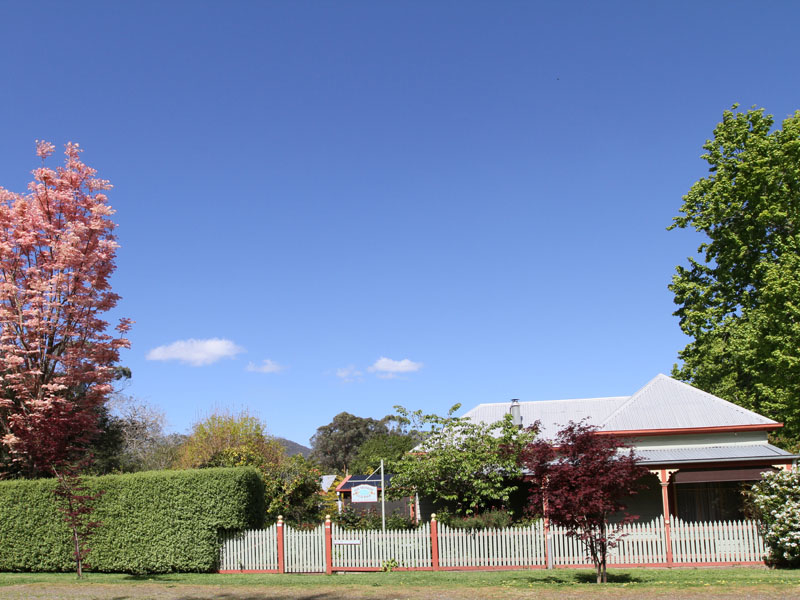 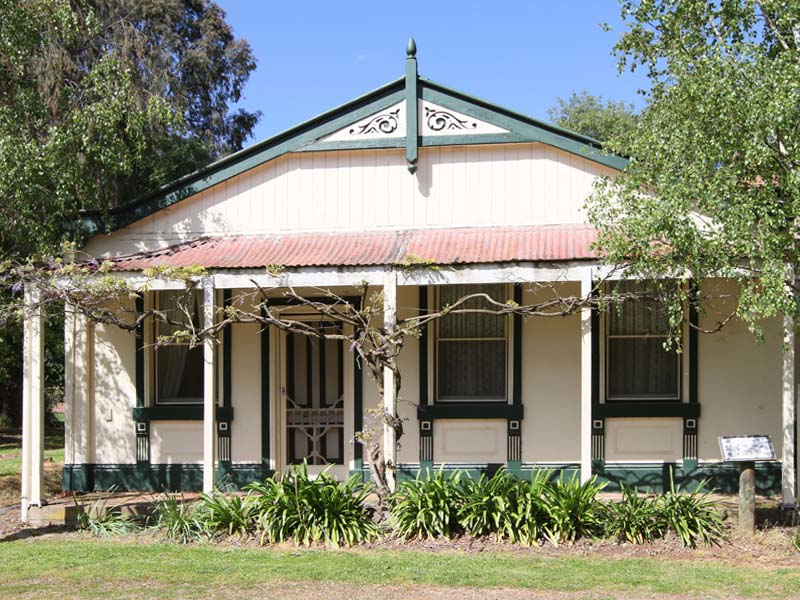 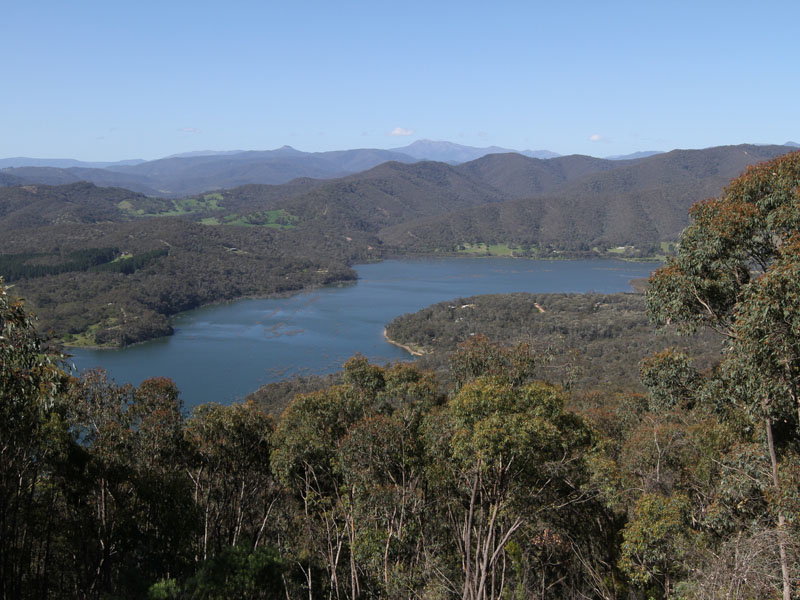