Township famous for a gun battle between police and the bushranger Ben Hall.

The appeal of the tiny settlement of Koorawatha lies in the remnants of old buildings and the cairn marking the site of a notable shootout between bushrangers and the police. It is a great compliment to Edgar F. Penzig, a tireless chronicler of the deeds of bushrangers, that the cairn provides so much valuable information and allows visitors to imagine the mayhem of the fight at the old Bang Bang Hotel.

Koorawatha on the Olympic Highway between Cowra and Young, is located 333 km west of Sydney via Bathurst and Cowra and 390 km via Yass and Boorowa.

It is claimed that 'koorawatha' is a Wiradjuri word for 'pine trees'.

The Site of the Gun Battle
There is a well-preserved cairn where the old Bang Bang Hotel used to be. To reach the cairn turn off the Olympic Highway toward Koorawatha Falls and continue until you reach Cowra Street. The cairn is on the left and the sign reads:

"The Bang Bang Hotel. This sign marks the site of the old Bang Bang Hotel. On Friday 20th May, 1864 Ben Hall, John Gilbert & James Gordon tried to steal some racehorses stabled at the rear of the hotel. The bushrangers were driven off after a fierce battle with Constables Scott & McNamara. 25 to 30 shots were fired by the bushrangers and 9 by the police." Erected by Edgar F. Penzig, Pres. Wild Colonial Boys Society, 1964.

Koorawatha Falls
Often they are nothing more than a trickle but there is evidence that when the Bang Bang Creek floods the falls are definitely worth a visit. Follow the signs in town (it is clearly signposted) and, apart from the falls, there is an abundance of birdlife. One enthusiast noted the presence of the chestnut-rumped heathwren, brown-headed honeyeater, yellow thornbill and was rather hoping to see turquoise parrots. There is a list of the birds sighted near the falls at http://www.eremaea.com/Lists.aspx?List=128176

There is only one reason for visiting Koorawatha: to reflect on one of Ben Hall's most infamous battles with the police. On 20 May, 1864 Hall and his colleagues James Gordon and Hall's notorious psychopath mate, Johnny Gilbert, attempted to hold up the Bang Bang Hotel (it was demolished in the 1940s) but were foiled by two policemen named Scott and McNamara who were with their horses in the stables at the back of the hotel when the holdup occurred. A gun battle ensued and Hall and his gang were forced to retreat. A rather romantic account records that the policemen fired on Hall as he rode away and knocked his hat off his head. 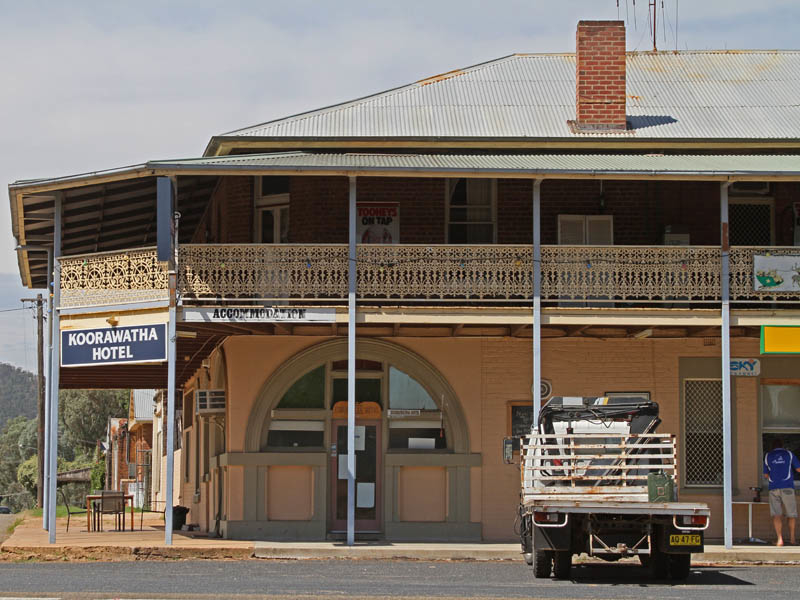 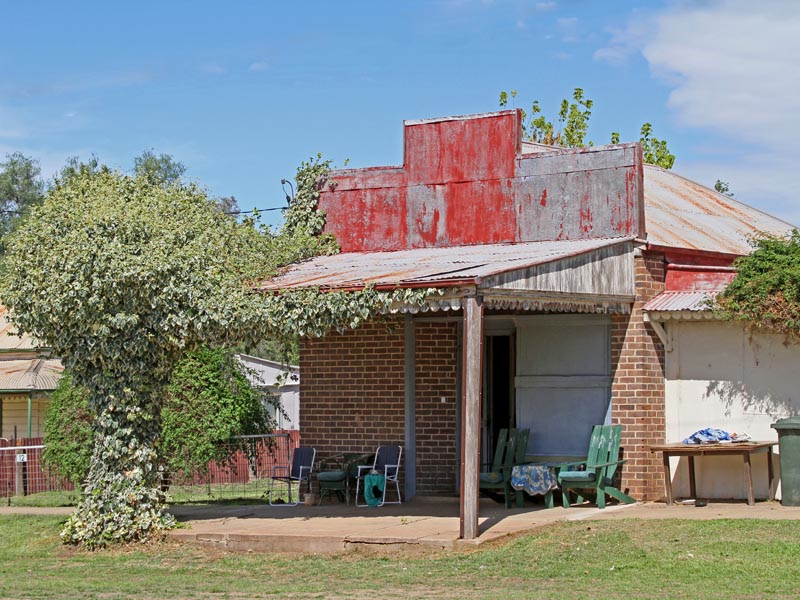 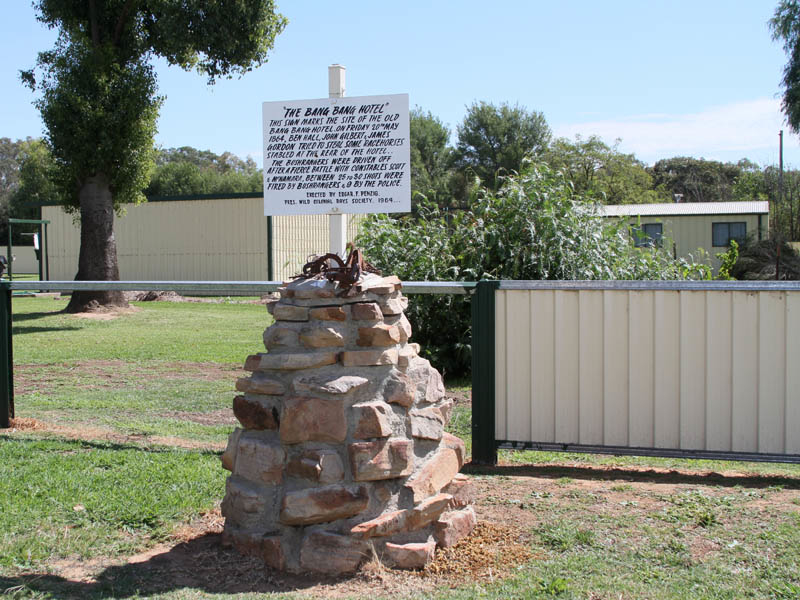 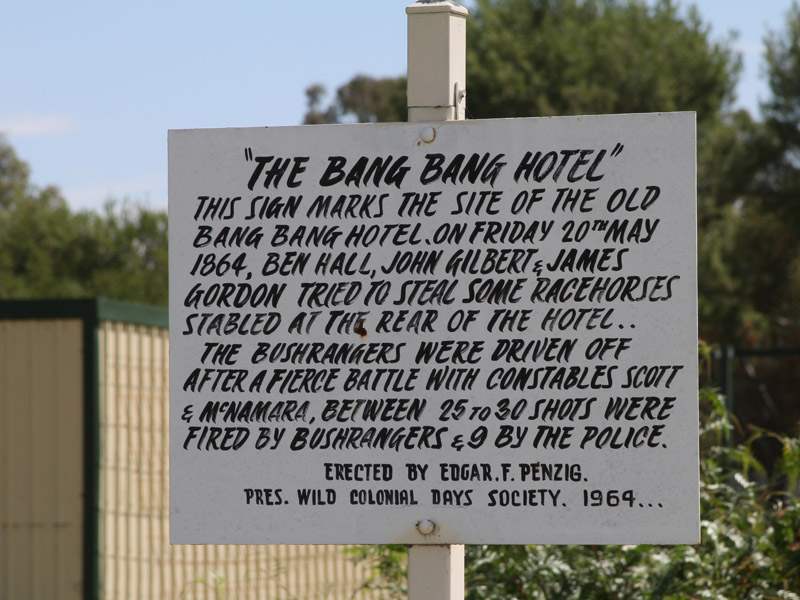