Launceston is Tasmania’s second largest centre. With a population of 106,153 in 2010 (it has nearly doubled in the last twenty years) it has changed from being little more than a large country town to becoming an important centre with a thriving tertiary education population. It is an ideal starting point for any tour of Tasmania being close to Cradle Mountain, the island's beautiful north coast, the historic and charming towns of Evandale. Longford and Perth, and containing an extraordinary number of elegant nineteenth century buildings. It has been suggested that Launceston has the greatest concentration of large nineteenth century buildings of any city in Australia. Certainly it has a distinctive ambience and charm and its major attractions - Cataract Gorge and the beautiful City Park - are unique and memorable.

Launceston is located at the southern end of the Tamar Valley and lies 200 km north of Hobart via the Midland Highway.

There's a certain level of ingratiating sycophancy in naming a colonial town after the Governor's birthplace. Launceston was named after Launceston in Cornwall which is where Governor Philip Gidley King was born. It had previously been named Patersonia after Lieutenant Colonel William Paterson who had decided to move south from Port Dalrymple - the first colony on Van Diemen's Land's north coast.

Launceston Heritage Walks
There is a very detailed, Launceston Heritage Walks which covers most of the attractions in the city. It includes a detailed map and description of City Park; a good map with accompanying photographs of the walks around Cataract Gorge Reserve from Richie's Mill to the Duck Reach Power Station; and information and photographs of 26 historic buildings and locations in the heart of the city.  It offers a comprehensive overview of the city's magnificent architecture with a walk which starts at the Johnstone & Wilmot Store and, after 22 blocks including City Park and Princes Square, returns to Civic Square. The walks are divided between an orange trail - Merchants Machinery - which lasts approximately 70 minutes and looks at the industrial heart of the port of Launceston; the Pink Trail - Rags to Riches - which lasts 90 minutes and focuses on the churches and commercial buildings; and the Blue Trail - Government to Gorge - which moves from the Administrative heart of the city to Cataract Gorge. Another useful map with detailed descriptions is Albert to Victoria - a walk along Cameron Street - which can be downloaded at https://launcestonhistory.org.au/wp-content/uploads/2013/06/Albert-to-Victoria.pdf.

In reality every building listed on the Launceston Heritage Walks is worth investigating. The historical enjoyment of Launceston is to take your time, mooch around the city centre, linger at each building, and try to imagine what this remarkable city was like in its heyday during the 1880s and 1890s.

Beyond the City Centre
Cataract Gorge
One of the city's highlights is the beautiful park at Cataract Gorge which includes a chairlift across the basin; excellent nature walks through the surrounding bush; a charming walk from the city centre on the Zig Zag Track; and walks through the Cliff Grounds to the Alexandra Suspension Bridge. The area was developed in 1899 with the first suspension bridge being built in 1904. Cataract Gorge, particularly the area near the Band Rotunda and the Swimming Pool, is a popular location for family picnics. There is a 90 minute walk from the Alexandra Suspension Bridge to the Duck Reach Power Station which was the first municipal power supply in Australia. There is an excellent map which includes clear directions from the CBD and the walks around the First and Second Basin. It can be downloaded at http://svc146.bookeasy.com/images/launceston/HeritageWalksPrintableBro.pdf.

Franklin House
Franklin House, located at 413 Hobart Road, Youngtown, is one Launceston's major historic attractions. This grand Georgian house was built by convicts in 1838 for a Launceston brewer, Britton Jones. By 1842 it had changed hands and, for the next 40 years, it was the W.K. Hawkes School for Boys. The National Trust in Tasmania was specifically created in 1960 to operate and manage the property. They assumed ownership in 1961. The house has been tastefully furnished with significant historic pieces including an 18th century mahogany clock, an organ, Tasmanian cedar piano, French musical box and a range of interesting portraits . The extensive use of cedar for doors, windows and skirting boards has recreated a typical affluent Georgian home. It is open from 9.00 am - 4.00 pm Monday to Saturday and noon to 4.00 pm on Sunday. tel: (03) 6344 6233. Check www.nationaltrust.org.au/tas/FranklinHouse for details.

* Prior to European settlement the area had been inhabited by members of the Tyerrernotepanner Aboriginal language group for an estimated 40,000 years.

* In 1798 Bass and Flinders, during the voyage in which they discovered that Tasmania was an island separated from the mainland by Bass Strait, sailed into and explored the Tamar River valley. They explored the river for 16 days and named it Port Dalrymple after Alexander Dalrymple, the British Admiralty's hydrographer.

* The first European to settle in the Tamar Valley was Lieutenant Colonel William Paterson in 1804 who ran the HMS Buffalo aground at York Cove. He camped at the present site of George Town. The early settlement was moved across the river to York Town a few weeks later.

* In 1805 an expedition reached the present site of Launceston. They were so impressed that a blockhouse was built and by March, 1806 Paterson had decided to relocate to the area.

* By 1824 Launceston was the official headquarters of the island’s northern military command. This was against the wishes of Governor Macquarie who had favoured George Town.

* In 1826 Launceston was officially surveyed.

* By 1827 the town's population had reached 2,000. It had become an important port and was shipping wool and wheat produced in the surrounding districts.

* By the 1830s, although it was still a military town, it was being used as a port of call by whalers and sealers.

* In 1881 a stock exchange was opened in Launceston mainly to trade stocks in the tin mines at Mount Bischoff and gold mines at Beaconsfield.

* In 1911 electric trams were introduced.

* Today Launceston is known as Tasmania's Garden City because of the large numbers of parks and gardens. 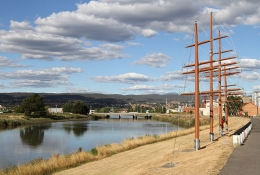 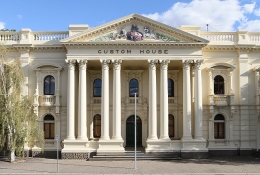 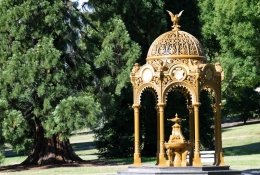 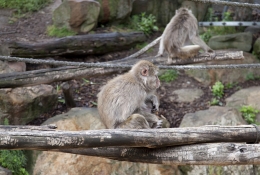 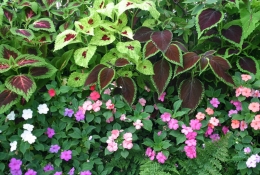 Floral displays in the John Hart Conservatory at City Park 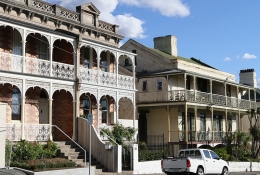 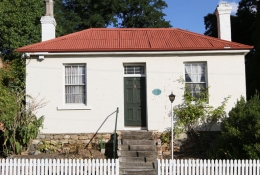 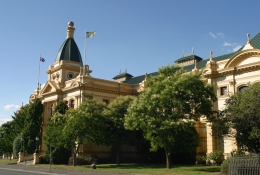 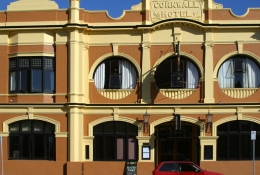 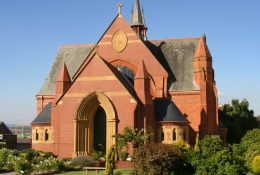 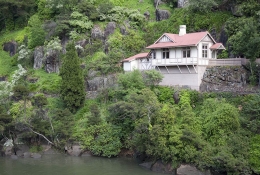 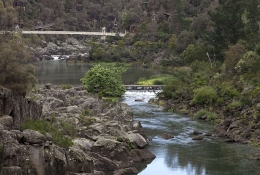