'Town of Murals' and the oldest town on the Castlereagh River.

Mendooran is a small rural village on the edge of the Goonoo National Park. Many of the buildings are now empty as the town competes with the nearby larger centres of Gilgandra and Dubbo. The main appeal of the town, apart from the fact that it is the oldest town on the Castlereagh River, are the murals around town (an opportunity to walk around) which depict the history of the area.

Mendooran is located 379 kilometres north-west of Sydney via the Great Western Highway and the road through Mudgee and Dunedoo. It is 271 metres above sea level.

No one is sure about the origin of the name It is probably derived by Mendooran which was the name of the first property owned by Europeans. There is an argument that the name comes from Mundoo or Mundo, a Wiradjuri leader who lived in the district. The idea that the town's name "Mundoo" and "ran" is because, on seeing Europeans, Mundoo ran away, seem fanciful. There is another interpretation which says it is a corruption of "mundowie" meaning "footprint". See the comments for a further, and darker, suggestion.

Mendooran Murals
In the late 1990s local artist Karin Duce started painting historical, woolshed and bushland murals relating to Mendooran on the walls of buildings around the town. It was part of a determined effort to get people to stop in Mendooran which, at the time, was dying. The result is a reminder of the life led by early settlers with images of bullocks, sheep, horses and rural life.

The roving breezes come and go, the reed beds sweep and sway,
The sleepy river murmurs low, and loiters on its way,
It is the land of lots o' time along the Castlereagh.
The old man's son had left the farm, he found it dull and slow,
He drifted to the great north-west where all the rovers go.
"He's gone so long," the old man said, "he's dropped right out of mind,
But if you'd write a line to him I'd take it very kind
He's shearing here and fencing there, a kind of waif and stray,
He's droving now with Conroy's sheep along the Castlereagh.
The sheep are travelling for the grass, and travelling very slow:
They may be at Mundooran now, or past the Overflow.

Today Mendooran (the spelling has changed since Paterson wrote the poem) is small and sleepy. It is a convenient stopover for people heading towards the Warrumbungles.

* Prior to the arrival of Europeans the town was home to the Wiradjuri Aboriginal people.

* The first European to explore the area was John Evans in 1815.

* Evans was followed in 1817 by the explorer, John Oxley, who passed through the district.

* The town is reputedly the oldest settlement on the Castlereagh River being an important crossing point as early as the 1830s.

* In 1850 Surveyor General Thomas Mitchell officially laid out the town.

* By the late 1850s John Cameron had settled in the area.

* A bridge across the Castlereagh River was completed in 1869.

* A school, court house and police station were all built in the early 1880s.

* The Mechanics Institute was completed in 1935.

* The town experienced a serious flood in 1955.

* The actor, John Hargreaves, worked as a school teacher at Mendooran Central School in the early 1960s.

* In the late 1990s Karin Duce started painting the distinctive murals which are now part of the town's attraction.

There is a brief entry on the Warrumbungle Region website. Check out http://www.warrumbungle.nsw.gov.au/2016-tourism/our-country-towns. 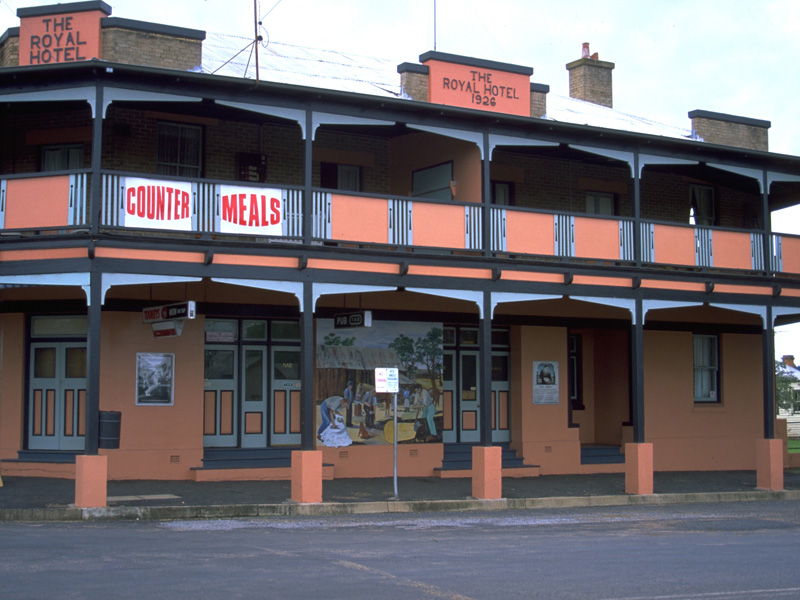 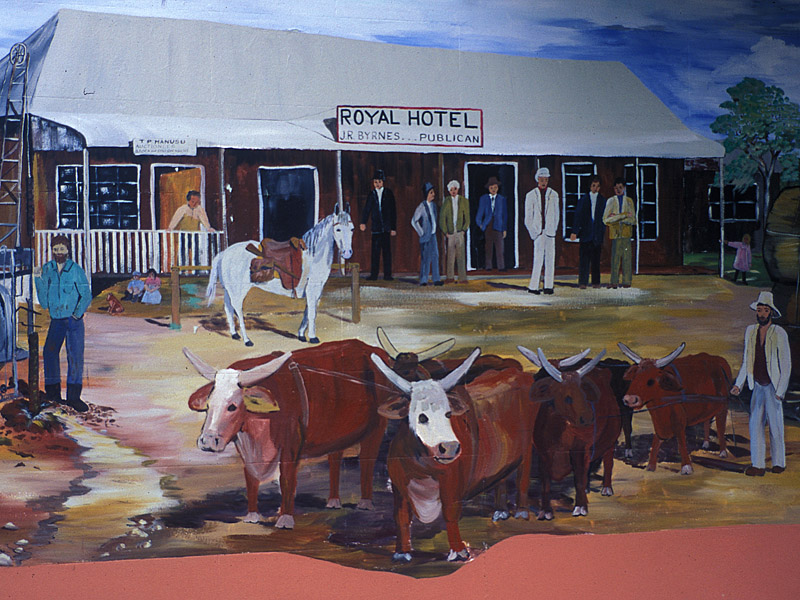 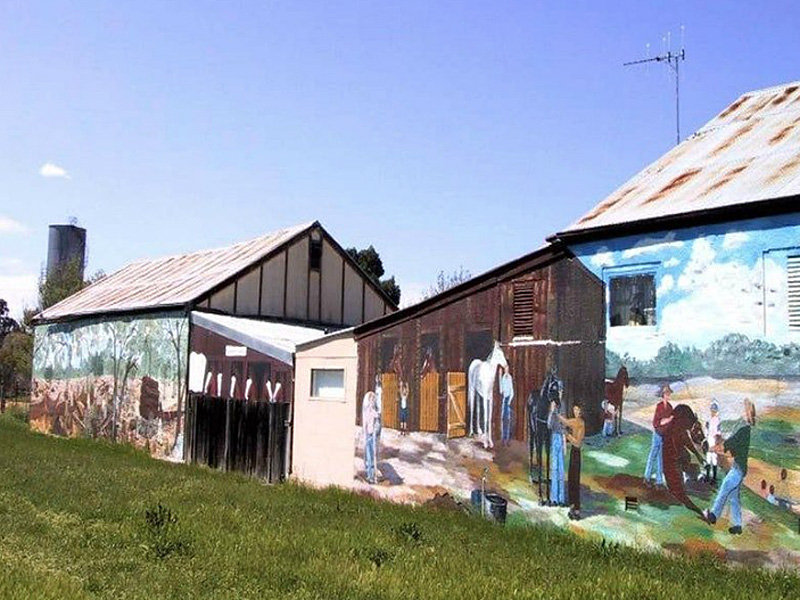 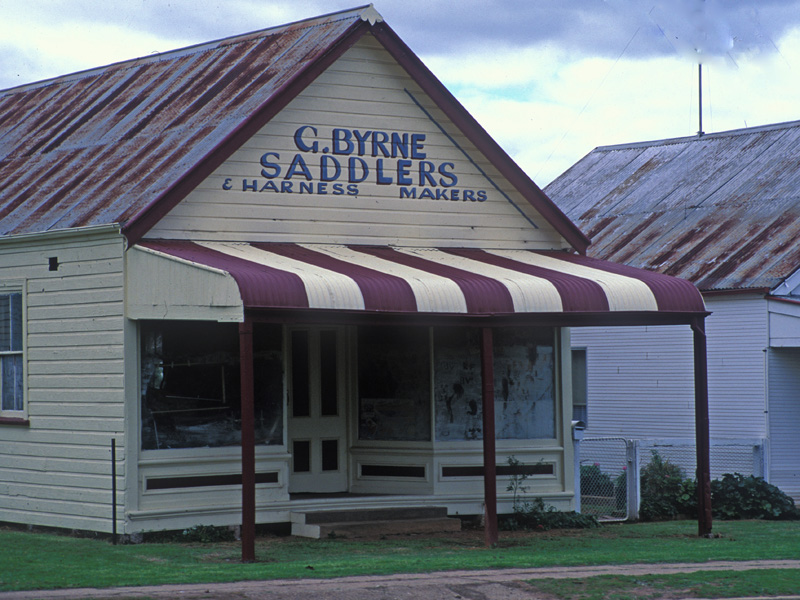 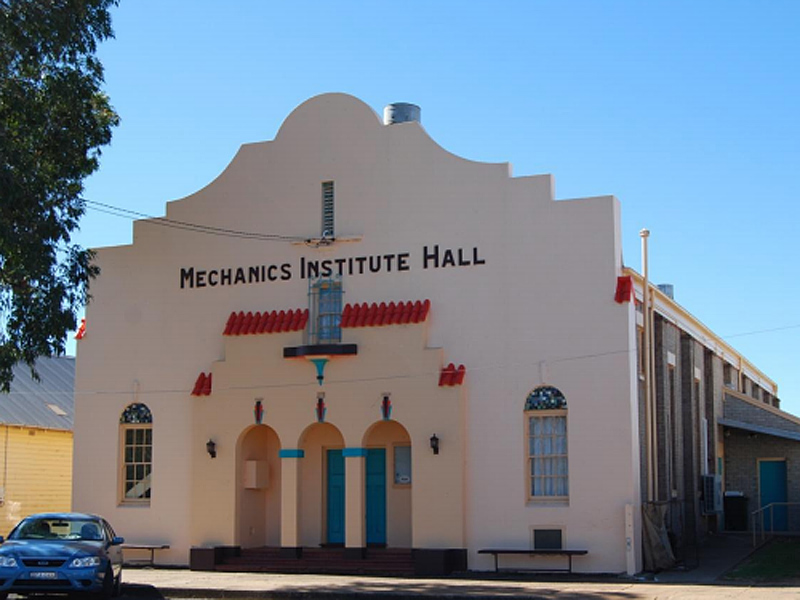