Millmerran is a small Darling Downs towns which lies on the flat, black soil plains to the west of Toowoomba in fertile countryside which prospered in the nineteenth century because of wool and sheep; changed to dairying during the early twentieth century; and today engages in mixed farming with sheep, cattle, cereal grains and cotton dominating. Millmerran is an important regional service centre.

Millmerran is located 206 km west of Brisbane and 407 m above sea-level. It lies 82 km south-west of Toowoomba on the Gore Highway.

The likely origin of the name is two local Aboriginal words - "meel" which is thought to mean "eye" and "merran" which is a verb "to look out". There is a logic to the name as there is a nearby lookout which was used as a viewing point by the local Aborigines.

Millmerran Museum
The Millmerran Museum is located in the old Shire Council chambers in Charlotte Street. It is open by appointment or may be opened by the Visitor Information staff on Tuesday, Wednesday and Thursday from 10.00am - 3.00pm. tel: (07) 4695 2560. The museum's useful website explains that it is a "snapshot of Millmerran's local history; including our military service, pioneer lifestyles, local and family histories, pioneer photo gallery and the 'Water Baby' (a flood boat used by the Gore Family to traverse the flooded river." Of particular interest is Yandilla Station's 'Water Baby' which was a steam launch which, apart from saving the Gore family during floods, was used to ship produce along the Condamine River. It is hardly a baby as it is nearly 10m long and 2m high. For more information check out http://millmerranmuseum.com.au.

Millmerran Historical Mural Series
There is a very useful brochure (available at the museum) which has a map identifying where the five Historical Murals are located and what each of them depicts. There is a mural on the Old Milmerran Butter Factory depicting the development of the local dairy industry; one on the outer wall of the Transport Depot depicting the evolution of transport from horse drawn drays through rail to modern trucks; one on the town reservoir depicting the early days of transporting water to Millmerran; on the swimming pool wall showing swimming costume fashions and the local water hole where people swam until an Olympic-size pool was built in 1966; and one on the Millmerran & District Historical Society wall depicting two traction engines which were imported from England in 1885. They are an effective visual history of the town and the district.

The All Saints Anglican Church
A reminder of the huge properties and their powerful influence in the local district is the All Saints Anglican Church in Yandilla which, for decades, was effectively the private chapel of the Gore family and the workers on Yandilla Station. It was  consecrated by Bishop Webber in 1887 and is now listed by the National Trust because it is the oldest building in the Millmerran district and probably the second-oldest church in Queensland. Note the steeply-pitched roof, tall spire, large stone font, the bible dated 1857, and the pews which were imported from Britain. The Gore family feature prominently and the graveyard has the headstones of a number of early pioneers. Ask at the Visitor Information Centre, cnr Edward and Mary Street, Millmerran, tel: (07) 4695 2560 for directions.

* Before the arrival of Europeans the area around Millmerran was inhabited by the Aboriginal Keinjan language group.

* The first Europeans to arrive in the Millmerran area were St George R. Gore and his brother Ralph T. Gore in 1841. They established Yandilla (meaning 'running water' in the language of the local Aborigines) Station, stretching 689 square miles (178,451 ha), between Millmerran and Pittsworth and watered by Back Creek, a tributary of the Condamine River. The property was so large that it had its own store, telegraph station, church (see All Saints Anglican Church) and school which, when established in 1874 had a student population of over 20.

* In 1876 Crown Lands Alienation Act saw a portion of Yandilla Station resumed. It was subsequently selected by Edward Walpole who, in 1881, set up a general store. Initially the store was established on Back Creek but this was changed to Domville and by 1895 it was known as Millmerran.

* Given that the rich Darling Downs soil in the area had a depth between 12-30 metres it was felt that it could be more productively used than sheep grazing and by the end of the 19th century dairying and mixed farming (piggeries, dairy herds, beef cattle, sheep, wheat, poultry, apiaries) had started to dominate. In 1924 the town had two cheese and butter factories and the land to the west of the town was being cleared for dairying.

The University of Queensland's website - http://queenslandplaces.com.au/millmerran -provides a detailed history of the town and the surrounding district. There is also a useful local website - check out https://www.millmerrancommerce.com. 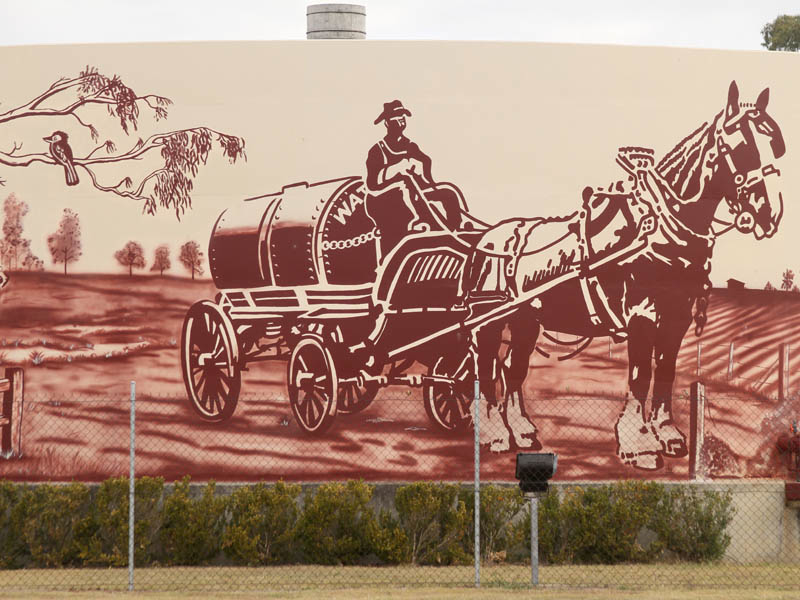 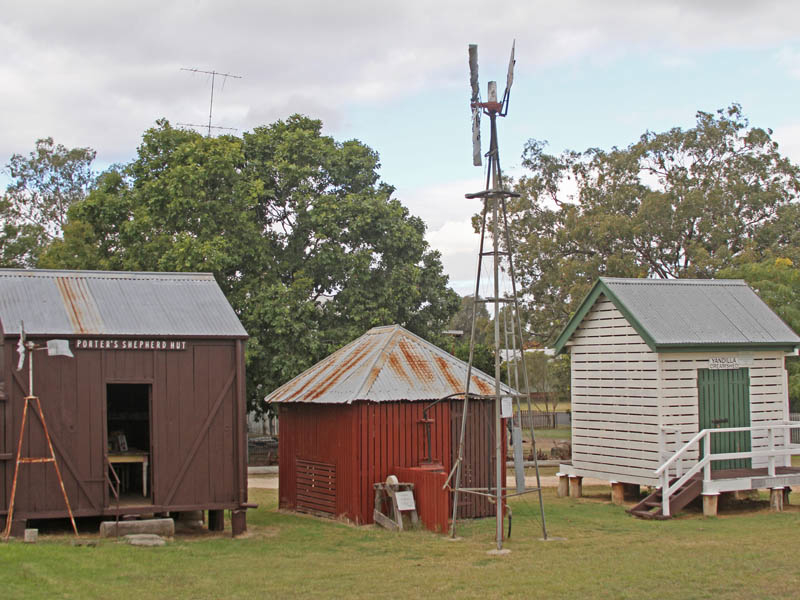 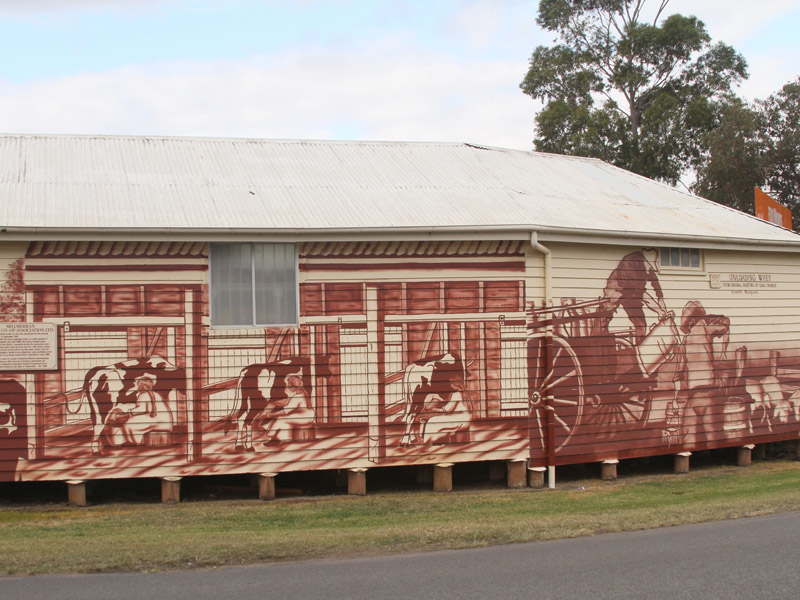