Mollymook is a charming holiday destination with a sublime beach (one of the best on the NSW South Coast) and a reputation as an excellent surfing location. It is a modern settlement with no significant historic buildings and, as it expands, it has become part of the continuous coastal development north of Greater Ulladulla. It is impossible, for example, to tell where Mollymook finishes and Ulladulla and Narrawallee start. People are drawn to the area for holidays or to settle in for a very pleasant retirement.

Mollymook is located 226 km south of Sydney via the Princes Highway. Continue through Milton, turn right at the first set of traffic lights, and follow the signs.

It is believed that Mollymook is a corruption of Mollymawk, the name given by sailors to a small albatross that lives in the Southern Ocean.

The Bogey Hole
Located on Mollymook Headland the Bogey, a large, circular, tidal rock pool is a popular destination for families because it is shallow enough for children at low tide and safe for swimming at high tide. It is an easy walk from the southern end of Mollymook Beach.

The Lookouts
There are two excellent lookouts on the cliffs to the south of the main beach. Head into Mitchell Parade at the northern end of Mollymook Beach and at Bannisters Point there is a short walk through the bush to a lookout. Equally the park below Bannisters Lodge and Restaurant offers fine views north and across towards Narrawallee Creek.

The Narrawallee Creek Nature Reserve Management Plan explains that the reserve "protects a variety of coastal environments, including coastal dunes, forest communities, Pattimores Lagoon and wetlands adjacent to the Narrawallee Creek estuary. Five endangered ecological communities and two regionally significant vegetation communities, and three endangered and eight vulnerable fauna species, have been recorded in the reserve. Aboriginal middens and artefact scatters also occur in the reserve, as do silica deposits that were formed under unusual geological circumstances." There is a downloadable map which is part of the Management Plan. Check out http://www.environment.nsw.gov.au/resources/parks/narrawalleemgmtplan.pdf

The Management plan also explains that the geology of the Nature Reserve is "Primarily Permian sandstone and shale, with Quaternary dunes along the coastline and alluvial deposits adjacent to Narrawallee Inlet." and that the value of the reserve lies primarily in its "Diverse vegetation types and habitats of forests, woodlands, heathlands and wetlands. Areas of five endangered ecological communities (Coastal Saltmarsh, Swamp Sclerophyll Forest, Swamp Oak Floodplain Forest, Littoral Rainforest and Bangalay Sand Forest) plus stands of significant Coastal Red Gum Grassy Forest and Jervis Bay Lowland Dry Forest. Eleven species of threatened fauna recorded, including breeding sites for the little tern, hooded plover and pied oystercatcher. Several recorded Aboriginal sites and extensive remains from former silica mining during the mid 20th century, including cuttings, mounds and a tramway." There is also a good map which explains access to the Nature Reserve via Lake Conjola and clearly shows the tracks in the reserve.

Pattimores Lagoon
Part of the Narrawallee Creek Nature Reserve is Pattimores Lagoon which is close to Lake Conjola. Access to the Lagoon is via the Princes Highway at Yatte Yattah and Lake Conjola Entrance Road. Six kilometres from the Highway there is a car park from which there is a pleasant 2.5-hour walk.

* For the 20,000 years prior to white settlement the Mollymook coastal area was occupied by the Yuin Aboriginal language group. There is clear evidence of their presence with a number of middens and caves used for shelter along the coast.

* The first European to sight the area was Captain Cook in 1770. At Bawley Point, south of Mollymook, he noted Aborigines on the shore who "appeared to be of a black or very dark colour" and on 21 April he sighted "a remarkable peaked hill, which resembled a square dove-house, with a dome at the top, and which for that reason I called the Pigeon House". Pigeon House lies to the west of Mollymook.

* In 1797 the survivors of the Sydney Cove traversed the area on their walk from the coast of Victoria. Their vessel had been beached on the Furneaux Islands in Bass Strait. A boat was launched with seventeen of the crew but it was wrecked at Point Hicks . The survivors started walking north to Port Jackson but only three survived.

* The coastline between Burrill and Narrawallee was surveyed in 1827 by Thomas Florance in a tiny vessel named the Wasp. For a time Ulladulla Harbour was named  Wasp Harbour.

* In 1827 the first land grant in the area was issued to Reverend Thomas Kendall who settled north of the present township of Milton and named his property 'Kendall Dale'. He successfully ran cattle using ticket-of-leave men. He also cut timber which he shipped to Sydney. Kendall travelled between Ulladulla and Sydney but was drowned when his boat was wrecked off Jervis Bay.

* In its early years Milton was known as  'The Settlement'. The land was occupied by farmers who sent their produce to Sydney via Ulladulla Harbour.  Known at the time as 'the boat harbour' it was nothing more than chains in the rocks which were used to anchor the ships.

* By 1837 the site for a village had been surveyed and the rich forests of red cedar in the area ensured that the district prospered. It was a hard life. As late as 1850 there was only one white woman living in the area.

* In 1859 the Mitchell family established a farm which they named Molly Moke.

* Gradually the hinterland behind Mollymook was developed for dairying, wheat-growing (which was short-lived), pig-rearing, honey, maize and vegetable-cultivation. There was a tannery works at Millards Creek and by the 1920s silica and quartzite were being mined. The minerals were crushed and loaded at Bannister Point and shipped to the furnaces at Newcastle.

* It wasn't until the 1990s that Mollymook became an important retirement and holiday destination. Since then the value of properties has increased and the houses have become significantly larger.

There is no specific information centre in Mollymook but the Ulladulla Visitor Information Centre, Shop 3/ 84 Princes Highway has information on the town. Tel: (02) 4444 8819.

One of the best restaurants on the NSW South Coast is Rick Stein at Bannisters which specialises in seafood (there are a small number of non-seafood dishes on the menu) and offers a reasonably priced menu (compared to Sydney prices) which ranges from French through Indian and Malaysian to Modern Australian with heavy hints of Asia. 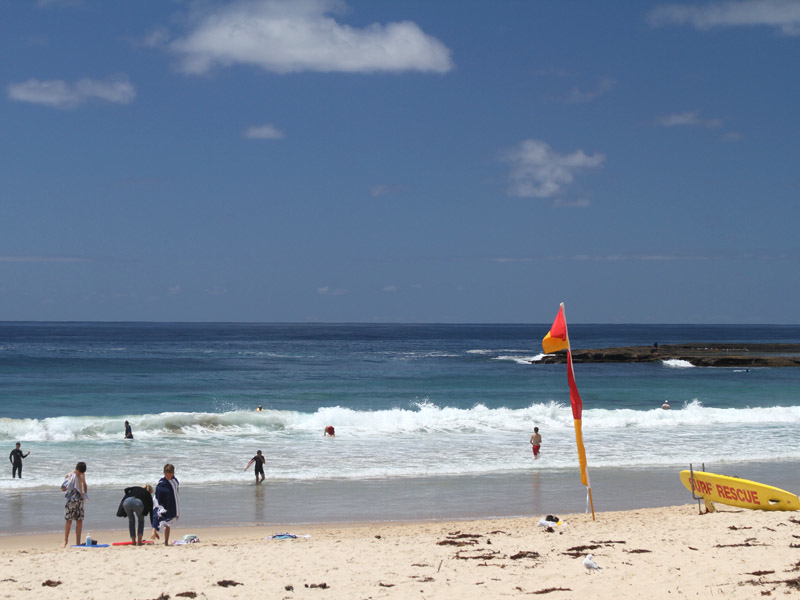 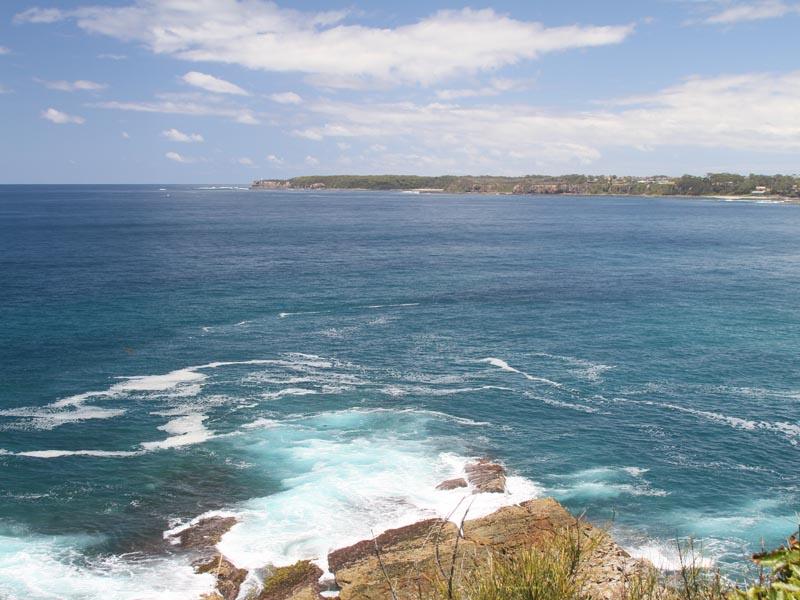 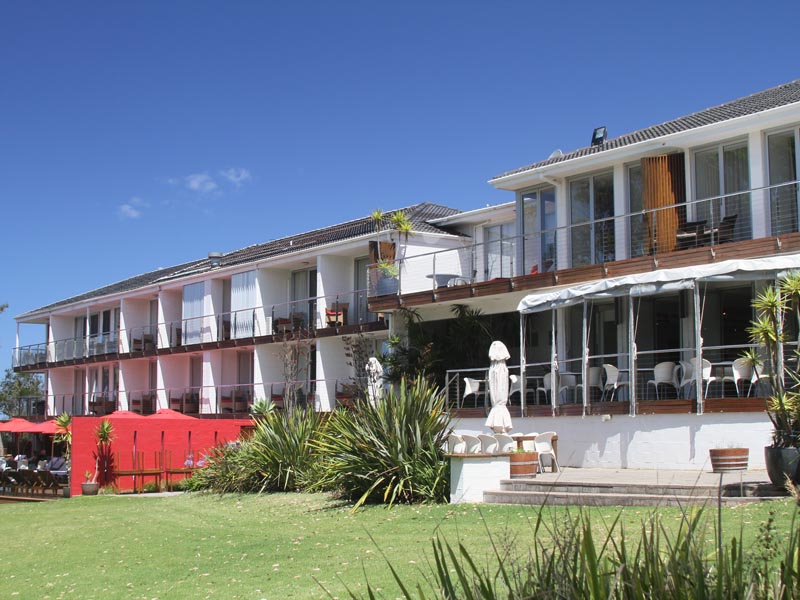