Australia is the only continent on the planet where you can stand on the highest peak after a pleasant and leisurely stroll. Only 2228 m above sea level, Mount Kosciuszko would be considered little more than a minor hillock in Europe, North America, Asia, Africa or South America. All that is required is that the lazy walker catches the chairlift at Thredbo village, has a 6 km walk mostly on metal walkways designed to protect the alpine vegetation, and then stands at the top of Australia. There is also a pleasant 9 km walk from Charlotte Pass. Of course the whole area comes alive in winter time when the snowfields at Thredbo and Charlotte Pass are well populated with skiers and snowboarders but in summer the perfect days, the alpine flowers and the flies (yes, they are pelican-sized) all make for an unforgettable experience.

Mount Kosciuszko is located 6 km beyond Thredbo Village which is 496 km south west of Sydney via the Hume, Federal and Snowy Mountains Highway through Cooma and Jindabyne.

In March, 1840 the explorer, Paul Edmund de Strzelecki climbed the continent's highest peak and named it after the Polish patriot and democratic leader Tadeusz Kosciuszko. It has been suggested that Strzelecki named the peak because its rounded shape reminded him of Kosciuszko's tomb.

Climbing the Mountain
It is advisable to start the walk to the summit before 10.00 a.m., thus allowing most of the day to complete the walk although, if you are fit and energetic, it can be done in a couple of hours. How long does it take to walk 12 km? Mount Kosciuszko's summit can be reached either by walking from Charlotte's Pass on the Summit Walk (a healthy 9 km each way) or from Thredbo.

National Parks and Wildlife have created a walkway made of concrete, elevated metal grids and well-prepared gravel all the way from Crackenback Terminal to the summit. Along the way the walker passes Ramshead Creek, marvels at the mountain meadows awash with delicate pink, white and yellow summer flowers, passes grey granite outcrops, and walks above hardy tundra-like grasses.

Further up the track is Kosciuszko Lookout where you can see, off in the distance, your first glimpse of the summit.

Next is Lake Cootapatamba Australia's highest lake. From the lookout above Cootapatamba there are wonderful vistas across the mountains to the west which rise on either side of the Murray River.

At Rawson Pass the metal grids give way to a well-gravelled path for the final 128 metres to the summit. The views, all 360 degrees, are delightful. Rolling, barren hills stretching to the horizon in every direction. The distant, gum-covered hills smudged with eucalyptus blue. And, always, that air: so fresh and so invigorating.

Climbing Mount Kosciuszko is worth doing. It is pleasant. It is easy. It is hugely enjoyable. And, when you have done it, you can bask in the glory that once you stood on the highest point between the Andes and the East African Plateau. Just don't tell anyone you had to walk up a 4 degree slope to achieve the feat. I should point out that when I did the walk in 2000 I was overtaken by a one-legged man. So don't try and tell anyone that it is difficult. I won't even mention the number of fathers with babies on their backs who were bounding along towards the summit.

All that is required are sensible walking shoes, comfortable clothes, some provision for a sudden change in the weather (it is a little-known fact but snow falls on Kosciuszko every month of the year), some liquid, a good supply of insect repellant (the flies can be horrendous) and something to munch on. There is a very useful website http://www.visitnsw.com/destinations/snowy-mountains/kosciuszko-national-park/summit-walk which provides details of the walk. Check it out.

Kosciuszko National Park
The Kosciuszko National Park covers 690,000 hectares, including the Snowy River and all of NSW's snow fields. It stretches from the Victorian border to the edge of the Australian Capital Territory. An estimated 3 million visitors each year come for the skiing in winter and during the summer months bushwalking past alpine stream and rivers, limestone gorges, glacial lakes, large granite boulders, alpine herbfields, heaths and bogs. The park, known as a UNESCO Biosphere Reserve, contains six wilderness areas covering about 300,000 hectares - the Byadbo, Pilot, Jagungal, Bogong Peaks, Goobarragandra and Bimberi wilderness regions. It has a number of rare and unique fauna and flora species including the corroboree frog and mountain pygmy possum.  For further information http://www.australianalps.environment.gov.au/parks/kosciuszko.html. It also provides phone numbers for information centres at Jindabyne, Khancoban, Tumut and the  Yarrangobilly Caves and extensive information about the ski season.

Australian Alps Walking Track
The Australian Alps Walking Track is a 650 km walking trail from Walhalla in Victoria through the Snowy Mountains to Canberra. It was developed in the 1970s and, as the excellent downloadable brochure explains, it "generally follows ridges and high plains through some of the highest country in Australia. It is mostly far from any towns or other settlement. You can join the track at many places between Walhalla and Canberra, as it joins popular walking tracks in the Baw Baw, Alpine, Kosciuszko and Namadgi national parks.  You can walk the track in eight weeks, but many people choose to walk shorter sections such as those on the Baw Baw Plateau, the Bogong High Plains, and in the Jagungal Wilderness Area." For more information download http://www.australianalps.environment.gov.au/walktrack/pubs/walking-track.pdf.

* the Ngarigo people of the Monaro lived around Mount Kosciuszko for tens of thousands of years prior to the arrival of Europeans.

* It is possible that the first European to climb Mount Kosciuszko was the naturalist John Lhotsky, who travelled through the Monaro and Snowy River regions in 1834.

* It is known that Stewart Ryrie Jr (a son of one of the district's earliest settlers) climbed nearby Mount Townsend in February, 1840.

* Thus the first person known officially to climb Mount Kosciuszko was the explorer and scientist Sir Paul Edmund de Strzelecki in March 1840. At the time he was carrying out a geological survey of New South Wales. Strzelecki named the peak after the Polish patriot and democratic leader Tadeusz Kosciuszko.

* By the 1840s stockmen, realising the value of the land for summer grazing, were bringing their cattle to the area. Their high mountain riding skills are celebrated in the famous poem, The Man from Snowy River.

* Kosciuszko National Park came into existence in 1906. At the time it was called National Chase Snowy Mountains. It became Kosciuszko State Park in 1944.

* From 1949 until 1974 the area saw thousands of workers building the Snowy Mountains Scheme (the SMA) which comprised dams, tunnels, hydro-electricity power stations and the redirecting the waters which ran east so they flowed westward and fed into the Murrumbidgee River which, swollen by the melting snows, supplied summer waters to the plains of the Riverina.

* The development of the Snowy Mountains meant that the area, which had been known for skiing since the 1850s when gold was found at Kianda, became an important winter playground. By 1957 a syndicate was developing Thredbo Village and other resort towns at Perisher Valley, Mount Selwyn and Charlotte Pass soon followed.

The official site is http://www.nationalparks.nsw.gov.au/kosciuszko-national-park. It contains some useful information. As well there is http://www.australianalps.environment.gov.au/parks/kosciuszko.html which has greater detail. 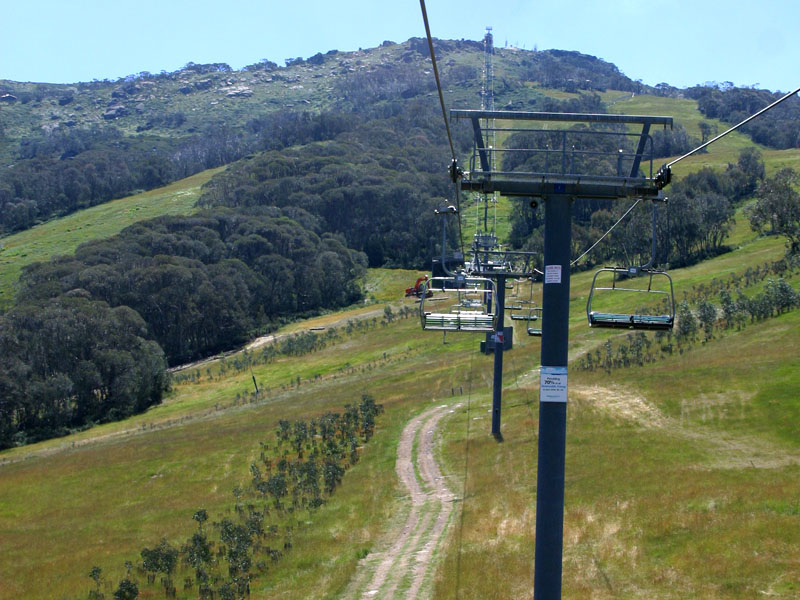 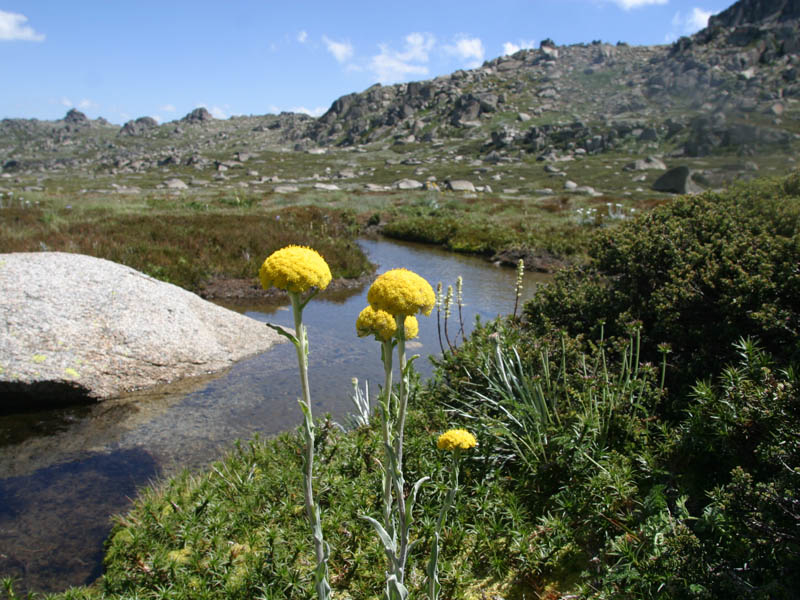 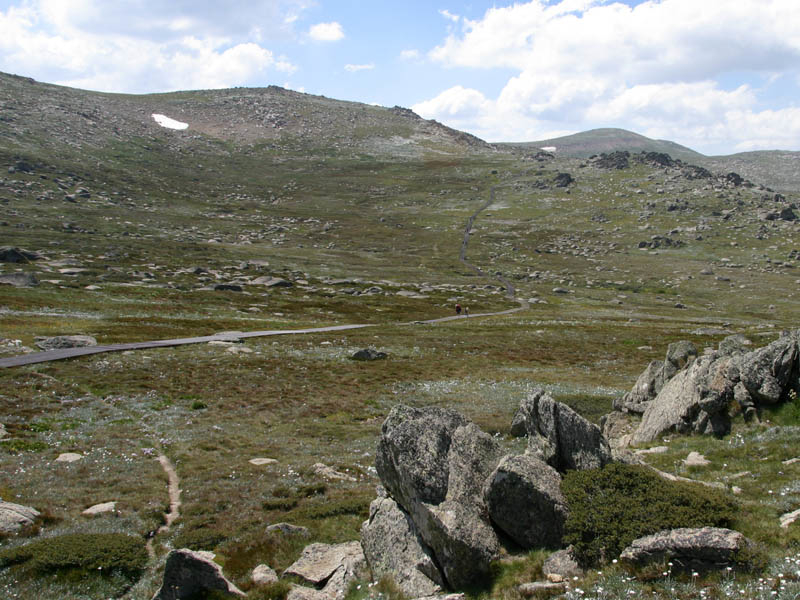 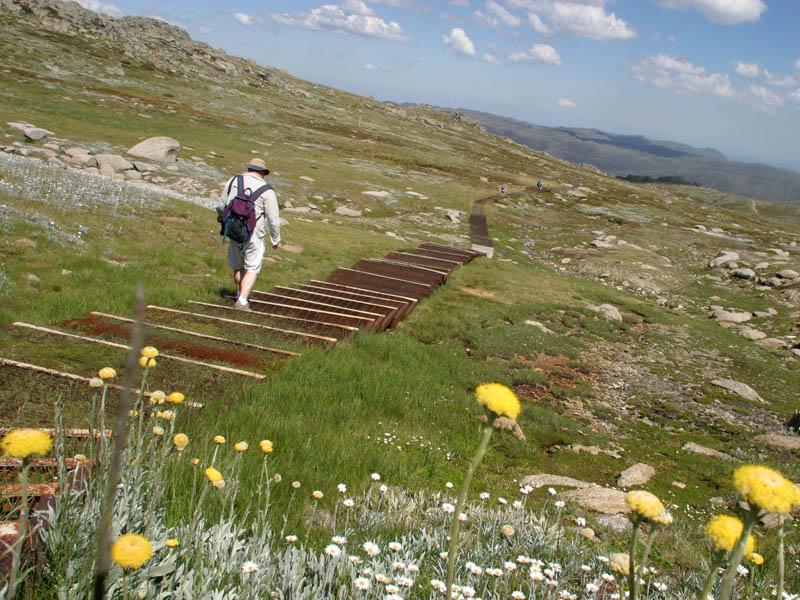 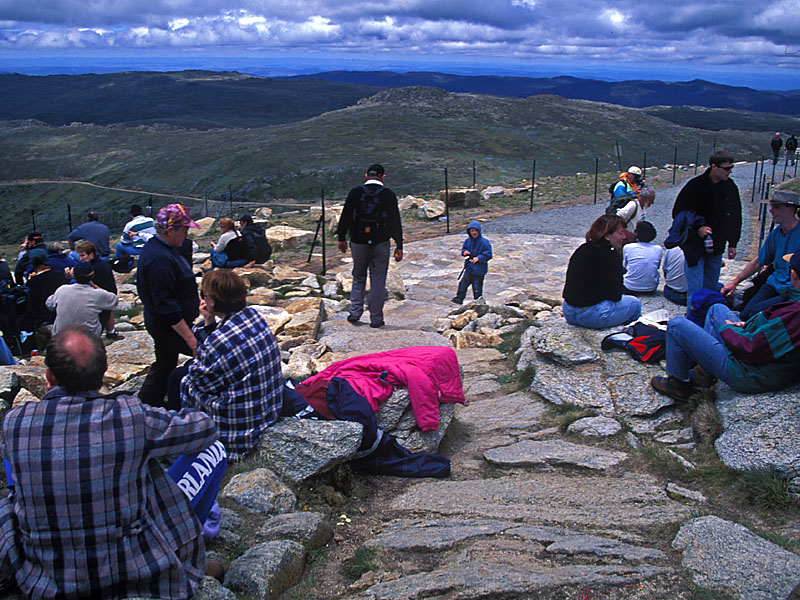 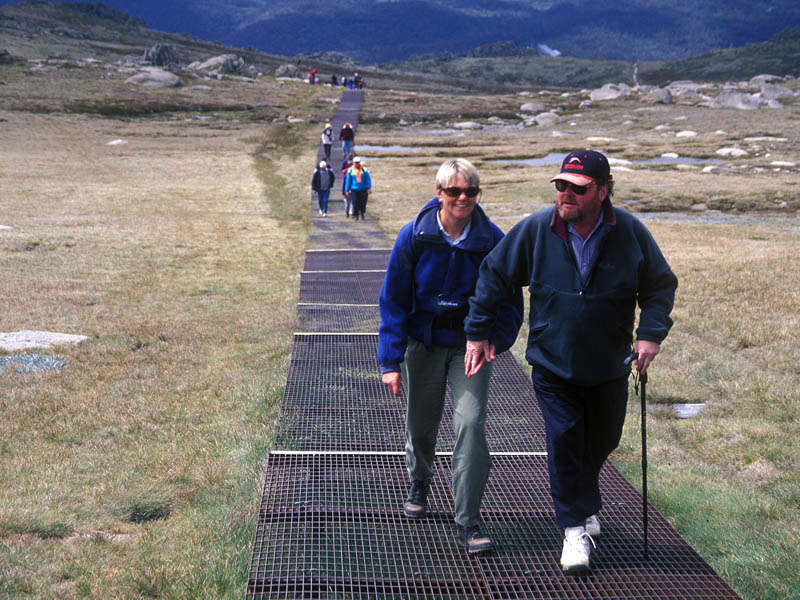