Quiet service centre on the edge of the Adelaide Hills

Mount Pleasant is a tiny township on the edge of the Adelaide Hills. It is 440 metres above sea level. The main street, Melrose Street, is lined with beautiful plane trees and the district is known for its vineyards, excellent local produce, galleries, cellar doors and scenic drives.

Mount Pleasant is located 55 km north-east of Adelaide via Gumeracha and 65 km via Hahndorf.

There is some debate as to whether someone (a person unknown) simply decided that it was a pleasant mountain - and named it as such - or whether it was named after a Mrs Pleasant (Pleasant was her maiden name). It is known that by the 1840s there was a Mount Pleasant on the property owned by James Phillis and it had been named by Mrs George Phillis.

Mount Pleasant Walking Guide
There is a useful guide to a total of 31 places of historic interest around Mount Pleasant. It can be downloaded, complete with a map (most of the places are along Melrose Street) at http://mountpleasant.sa.au/wordpress/wp-content/uploads/2015/08/Mt-Pleasant-Heritage-Walk.pdf. It points out that, unusually, the town of Mount Pleasant is actually the product of three towns - Totness, Mount Pleasant and Hendryton.
The simplest way to experience most of the buildings is to walk from one end of the main street - Melrose Street - to the other. The logical place to start is at Lovell's Bakery which offers excellent coffee and pastries.

The highlights along the street include:

9. Totness Roller Flour Mill
Now occupied by Lovell's Bakery, it was originally the Totness Roller Flour Mill. In 1863 the machinery from the mill at Lobethal was sold for £500 (it was a forced sale due to bankruptcy) and was transported to the location. "The mill commenced operation and produced flour which was considered to be of first-rate quality, however, it only operated for a few years due to disease in the wheat crops. In 1900, the mill was sold by Henry Giles to Alfred Townsend of Mt Torrens, who upgraded and modernised it, greatly increasing its annual output to 3,500 bags. The mill then became known as the Totness Roller Flourmills and was operational until it burnt down in September 1923. The tall chimney was subsequently demolished in 1951 as it had become unsafe due to salt-damp. Today it is a successful bakery. There is a Bicentennial sign outside which points out "It also housed a Bark Mill, Creamery, cheese and butter factory and shop."

6. Totness Inn
Located on Melrose Street, this hotel, which was built in 1918 at a cost of £3,000, originally featured "The new taproom was opened by Henry Giles on 3rd August 1918.  Visitors were amazed at the new bedrooms, bathrooms, lavatories, billiard room and motor garage and trap shed out the back.  Commercial travellers soon learned of the smoking room and lounge where a telephone and writing facilities could be found. With the advent of the railway in October 1918, the Totness Inn became a popular holiday destination, with accommodation suitable for all clientele. Meetings, including the ploughing matches, show, the railway, sporting bodies, coronial enquiries and government bills were all held at the hotel. There were even births and deaths recorded there. In the 1920s when playing tennis became popular a court was made alongside the Totness Inn. Opposite the hotel is a section of land belonging to the hotel; this was the turn around area for the coaches, and is today used as a carpark." There is much more information at http://mountpleasant.sa.au/district-history/hotels-in-mount-pleasant.

18. Wesleyan Methodist Church
Located in Showground Road and now a private home, the church was built in 1867 and had an unusual history. It was bought by the Mount Pleasant Institute in 1874, was subsequently surrounded by the town's Showground, and in 1928 was sold to the Presbyterian Church which used it as a Sunday School. In 1946 it was purchased by the local Horticultural Society and in 1978 they sold it as a private residence.

19. Uniting Church
Located at 9 Saleyard Road, this modest Presbyterian Church was built in 1866. It was erected as a result of the previous church being destroyed by an earthquake and the attached manse was completed in 1867. It is now the town's Uniting Church.

24. Mount Pleasant Hotel
Located on Melrose Street, and now known as the Mount Pleasant Hotel Motel, this single storey building was a replacement for the Mount Pleasant Inn, located on the River Torrens, which burnt down in 1859. It was built later in 1859 and licensed in 1860 as the Talunga Hotel. The Hotels of Mount Pleasant website (check out http://mountpleasant.sa.au/district-history/hotels-in-mount-pleasant) points out that "In 1868 the Talunga was extended with a large wing added to each end, at a cost of £1,000. The hotelkeeper, Thomas Skermer, was a little disappointed when he failed to attract large functions to the venue, however the hotel was regularly used as a meeting place for organisations such as Captain Bell’s Scott’s Reef Mining Company, sports meetings, show dinners and general social get-togethers. Meetings regarding the establishment of the railway were held at the Talunga Hotel, as well as public meetings regarding government decisions.  During 1942 the Talunga Hotel was the favourite watering-hole for the soldiers who were based at the local camp at the Showgrounds." The name was changed to the Mount Pleasant Hotel Motel in 2006.

Herbig Family Tree
The Herbig Tree, located on Eden Valley Road just south of Springton, 8 km north of Mount Pleasant, is a strange footnote in the German history of South Australia. Friedrich Herbig, aged 27 at the time, was a tailor turned farmer who arrived in the colony in 1855. He travelled to the area where he leased 80 acres from George Angas. Desperately poor he decided to live in a large, hollow red gum which has become known as the Herbig Family Tree. It was between 300-500 years old, had probably been struck by lightning, had a large area inside and secondary growth was starting to occur above the old trunk. A year after his arrival Herbig married Caroline Rattey, an illiterate 18-year-old, at Lyndoch. She came to live with him in the tree and it was there that the first two of their sixteen children were born. In 1860 Herbig and his family moved out of the tree to a two room pine and pug hut he built about 400 metres away.  By 1864 the family was living in a stone cottage. For more details, check out https://herbigfamilytree.com.au.

* By 1838 the area had been explored when Dr George Imlay and John Hill passed through.

* European settlers moved into the area in the late 1830s with flocks of sheep.

* One of the early settlers, James Phillis, had arrived in Adelaide in 1839 and literally rode a horse to the area. He was looking for suitable land to farm. He settled at Mount Pleasant in 1843, planted wheat, harvested the crop, and then had to take it to Adelaide to sell.

* Phillis sailed to England in the mid-1840s where he bought a flock of Romney Marsh sheep which he shipped back to the area.

* By 1853 the Mount Pleasant Inn was operating beside the River Torrens.

* In 1855 Phillis, who had become one of the district's most prosperous and successful farmers, brought members of his family to South Australia.

* Friedrich Herbig arrived in the area in 1855.

* The township of Mount Pleasant was surveyed by Henry Glover in 1856.

* In 1858 the village of Totness was surveyed by Henry Giles, Sr.

* Gold was found in the district in the 1860s but the deposits were small and the miners soon moved on.

* In 1865 John Hendry, a blacksmith, developed land which became known as Hendryton.

* In 1883 a branch of the South Australian Institute was formed in the village.

* In 1884 the Institute purchased the Wesleyan chapel.

* The railway reached the town in 1918. It was a branch line from Balhannah.

* The local Soldiers Memorial Hall was opened in 1927.

* In 1935 the first meeting of the District Council of Mount Pleasant was held.

There is a useful volunteer website. Check out http://mountpleasant.sa.au/home. 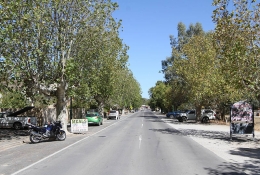 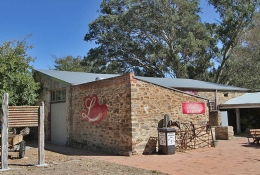 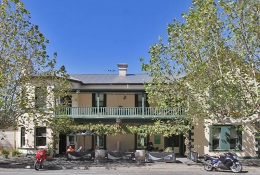 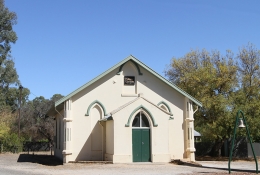 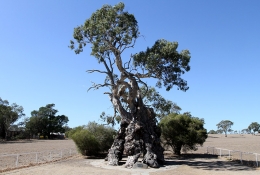