The Myall Lakes National Park, which lies to the east of Bulahdelah, is the largest natural freshwater lake system on the New South Wales coast. It covers 31,562 ha of headlands, forests, swampland, forest fringes to the west and nearly 10,000 ha of coastal lagoons which include - Myall Lake (5,800), Boolambyte Lake (1,100 ha) and Bombah Broadwater (2,400 ha) - and are linked by narrow waterways to form a continuous lake system which is joined to Port Stephens by the lower Myall River which becomes increasingly saline as the reaches the saltwater of Port Stephens. The lakes have been listed as a wetland of international significance under the RAMSAR convention. To the east, between the lakes and sea, are high sand dunes with varied vegetation cover. Along the coast are 40 km of lonely and isolated beaches. The park stretches from just north of Tea Gardens and Hawks Nest up the coast to Seal Rocks and inland to Bulahdelah. Not surprisingly there are diverse ecosystems - from coastal dunes to rainforest - which are conducive to rich plant communities and interesting wildlife.
Today Myall Lakes National Park is a popular holiday and camping destination. The extensive waterways are ideal for sailing, surfing, canoeing, kayaking, windsurfing, sunbathing, swimming and water skiing, There are extensive bushwalking trails.

Myall Lakes are located approximately 267 km north of Sydney via the Pacific Highway and The Lakes Way.

The term "myall" seems to be an Aboriginal word which was used to describe "wild Aborigines" as opposed to Aborigines living near settled European communities. The word was applied to this group of lakes because they were a wilderness relatively close to the city of Newcastle.

Myall Lakes National Park
The Myall Lakes National Park is an idyllic coastal location which is primarily about experiencing nature whether it is through bushwalking on the Mungo Track; experiencing the Aboriginal cultural heritage and huge sand dunes at Dark Point; or exploring the rainforest at Mungo Brush. The extensive waterways are ideal for such relaxing activities as sailing, surfing, canoeing, kayaking, windsurfing, sunbathing, swimming, camping, water skiing and bushwalking. There is an excellent, downloadable brochure - http://www.nationalparks.nsw.gov.au/~/media/visitor/files/PDF/Brochures/myall-lakes-and-booti-pdf-new.aspx - which outlines all the main attractions in the park.

Access to the Park
There are four main access routes into the park. From the south the park can be entered via Tea Gardens and Hawks Nest and then along Mungo Brush Road which travels around the Bombah Broadwater. The road is sealed all the way to the Bombah Ferry. When it crosses over the narrow stretch of water it continues on the Bombah Point Road to Bulahdelah. There are a series of signposted beach access tracks for 4WD vehicles which depart from Mungo Brush Road to the beach. There is also access to the park north of Bulahdelah along The Lakes Way to Bungwahl. Off the Lakes Way are Clarkes Road, Violet Hill Road and Seal Rocks Road. There is a useful map of all entry routes at http://www.nationalparks.nsw.gov.au/~/media/visitor/files/PDF/Brochures/myall-lakes-and-booti-pdf-new.aspx.

Mungo Track
If you travel from Tea Gardens and Hawks Nest, the Myall Lakes National Park starts 4.3 km north of Kingfisher Avenue at Hawks Nest. There is an information board which explains the park and provides information on the  21 km (one way) Mungo Track which follows the Myall River and the  lake edge to Mungo Brush, on the southern shore of  the Bombah Broadwater, the southernmost of the Myall Lakes where the bird life is prolific. It starts 750 m north of the information board and, for those wanting to experience the beach, there are tracks to Dark Point, Sandy Point and Hole in the Wall.

Grandis Flooded Gum
Lying north of Bulahdelah is the Grandis Flooded Gum, a huge, 400-year-old flooded gum (Eucalyptus grandis) which, at a height of 76 metres, is said to be the tallest tree in New South Wales. It is easily accessible. Drive north on the Pacific Highway beyond Bulahdelah, turn off on The Lakes Way until there is a sign to the left to Stoney Creek Road. There is a signpost directing the visitor to the 'Grandis' which is an impressive tree in the forest. It is suggested that there is a larger tree elsewhere in the forest but it is not accessible. So it is really the second tallest tree in the state. For additional information check out http://www.nationalparks.nsw.gov.au/myall-lakes-national-park/grandis-picnic-area/picnic-bbq.

Sugarloaf Point Lighthouse and Seal Rocks
Follow the main road (Kinka Road) beside the beach and up the hill and the visitor reaches a car park with boards explaining the geology of the area and the history of the lighthouse. From the car park it is short walk to the lighthouse and lookout. Just before the lighthouse, to the north of the path, there is a spectacular sea cavern where the ocean surges through a tunnel it has carved at the base of a rock wall.
The lighthouse, constructed of rendered brick, was built in 1875 at a cost of £8,500. It is elevated 79 metres above sea level, stands 15 metres high, and can be seen 25 nautical miles out to sea. It was originally planned as a lighthouse on the rocks but the difficulty led to it being placed on the mainland. It was automated and de-manned in 1987 and today all three lighthouse keeper's cottages - the Headkeeper's Cottage, the Assistant Keeper's Cottage (South) and the Assistant Keeper's Cottage (North) - are available for holiday let. Check out http://www.sealrockslighthouseaccommodation.com.au for details.
Since the lighthouse was completed in 1875 there have been twenty wrecks in the Seal Rocks area. As recently as 1895 the Catterthun, bound from Sydney to China, sunk with a loss of 55 lives. It is unknown how many were wrecked before the lighthouse went up. The anchor of the steamer, the Rainbow, which sunk offshore in 1864, is located outside the general store. Its boiler can be found on Boat Beach.
A path leads around the lighthouse and cottages to the lookout over Seal Rocks, a collection of rocky outcrops which historically have been the home to the northernmost colony of Australian Fur Seals. The headland is an ideal location for whale watching particularly in the spring when the whales are returning to the Southern Ocean from their winter sojourn at Hervey Bay.

Getting onto the Water
There are river, lake, fishing, deep-sea fishing and dolphin-watch cruises available, as well as boats and houseboats for hire at Tea Gardens, Bulahdelah and Nelson Bay. Canoes, sailboards, kayaks and catamarans for hire.

Camping in the National Park
There are 17 defined camping grounds in the park (See http://www.nationalparks.nsw.gov.au/~/media/visitor/files/PDF/Brochures/myall-lakes-and-booti-pdf-new.aspx for details). The map provides detailed information regarding the facilities at each site. The brochure also has an extensive list of "do's and don'ts" when making camp in the park.

* Prior to the arrival of Europeans the Myall Lakes area was inhabited by the Worimi and Birpai tribes and there are middens on the coast and on Broughton Island.

* In 1770 Captain James Cook travelled along the coastline on his journey from Port Hicks to Cape York. He did not stop or identify the lakes.

* On 29 September, 1790 five escaped convicts wrecked their stolen sailing boat on the north shore of Port Stephens. They were the first Europeans in the area.

* In 1825 the Australian Agricultural Company acquired land around the lakes but they found it unsuitable and surrendered most of it in 1837.

* By the 1840s boat building was an important local industry

* By the mid-19th century the Aborigines had been driven away by timber cutters, boat builders and the establishment of small villages near the lakes at Nerong, Bulahdelah, Neranie, Mayer's Point and Bungwahl.

* By the 1860s there were railways through the area to carry the timber out to Newcastle and Sydney.

* In 1875 the Sugarloaf Point LIghthouse was completed.

* By the mid-1870s fishing and prawning had become important local industries.

* Very little happened in the wilderness area until the arrival of sand miners in 1956 leading to confrontations between conservationists and mining interests.

* Between 1957 and 1966 rutile and zircon were mined from the outer dune barrier.

* In 1965 the Sim Committee was established to investigate sand mining.

* In 1972 an access road from Tea Gardens to Seal Rocks was built.

* In 1977 the government banned sand mining in National Parks.

The most comprehensive information on the lakes can be accessed by downloading http://www.nationalparks.nsw.gov.au/~/media/visitor/files/PDF/Brochures/myall-lakes-and-booti-pdf-new.aspx which is a detailed overview of the attractions of the park. There is a photo-rich site - check out https://barringtoncoast.com.au/destinations/seal-rocks-and-myall-lakes. 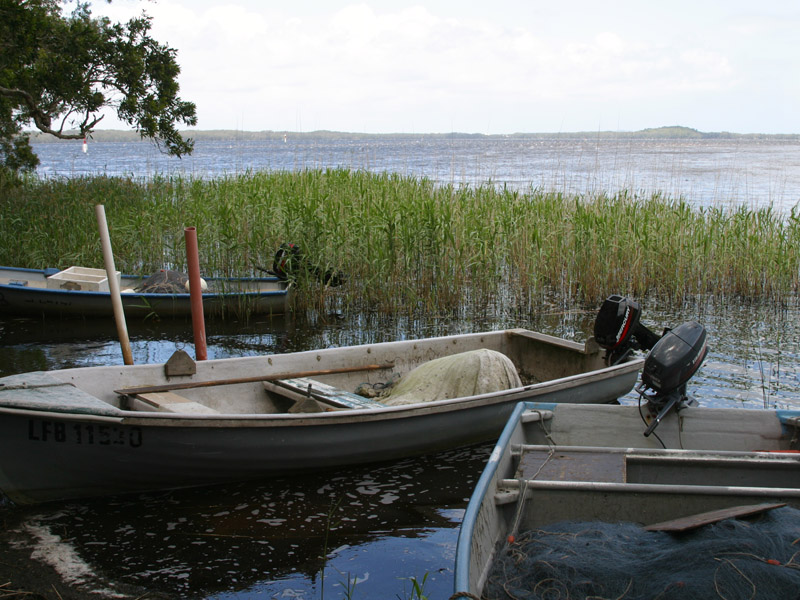 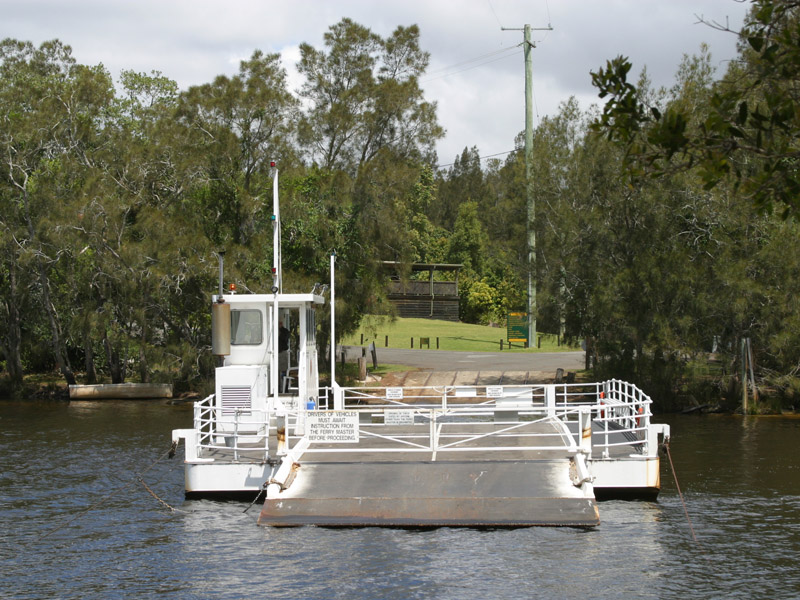 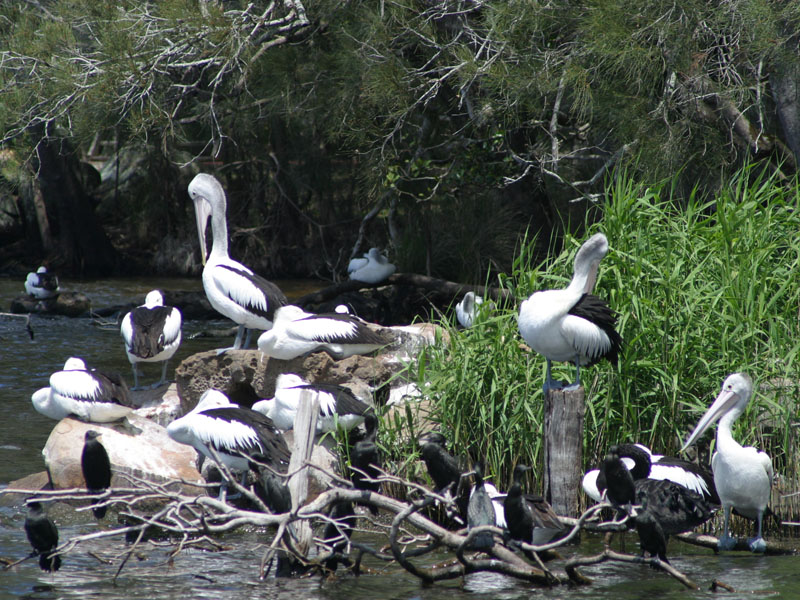 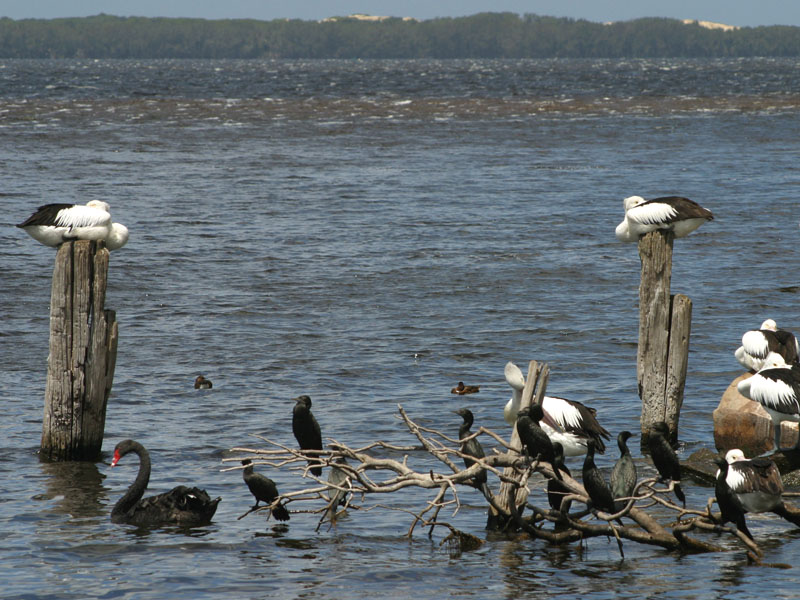