Numurkah is a small rural service centre located on Broken Creek in a rich rural irrigation district where dairying, fruit production, mixed farming and grazing utilise the rich soils of the area. Today it is known as a centre for visitors who want to explore specialty shops where locally made wines, cheeses, olive oil and organic honey are sold.

Numurkah is located on the Goulburn Valley Highway, 227 km north of Melbourne. It is 108 m above sea-level.

It is believed that "numurkah" is a local Yorta-Yorta Aboriginal word mean 'war shield".

Numurkah & District Historical Society Museum
The local Historical Society Museum is located in the Old Bank Building at the corner of Melville Street and Knox Street and it is open on Wednesdays and Sundays from 1.30 pm to 3.30 pm or by appointment, tel: (03) 5862 1768. There is a detailed list of many of the items held in the Museum at https://victoriancollections.net.au/organisations/numurkah-and-district-historical-society?page=1-2&rnd=kz7#collection-records.

Court House
The town's brick Court House (1888-89) is located at 43 Melville Street. It has an highly ornamental facade and is flanked by smaller wings with timber and cast-iron verandas. The Victorian Heritage Register notes that: "The building was designed by C.K Gilchrist under the supervision of GW Watson, the district architect. The contractors were Crocker and Lewis. The brick structure comprises a large court room surrounded on three sides by offices. The facade is composed of an elaborate gable projection flanked by timber and cast iron verandahs. The ridges of the slate roofs are decorated with railings and finials. This is a fine example of late nineteenth century public works department design. The projecting gable form is typical of the department and in this and similar examples reaches an interesting culmination. The gable expresses the court room. A distinctive feature of the building is the attention to detail, particularly with regard to the diverse decoration which is applied liberally to facades and rooftops. The design marks an early appearance of vertical ribs as a decorative motif." For more information check out http://vhd.heritagecouncil.vic.gov.au/places/892/download-report.

Kinnairds Wetlands
Located 4 km east of Numurkah via Wattle Drive and Kinnairds Road, Kinnairds Wetlands is an area of nearly 100 ha of natural and constructed wetlands which is home to over 155 bird species as well as mammals, reptiles and amphibians. It is suitable for both walking and cycling. There are boardwalks and trails which pass bird hides and offer wetlands, woodlands and wildlife experiences. There are a range of brochures - including a bird list for enthusiastic twitchers (it records 155 birds surveyed at the Wetlands between May 2004 and July 2012) - all available for download at http://www.moira.vic.gov.au/Environment/Land_Water_Biodiversity/Kinnairds_Wetlands. The Wetlands Brochure offers maps of the Red Gum Walk (a 3.5 km loop trail), a Wetlands Walk (2 km loop) and the Young Red Gum Trail Like (1 km, 15 minutes).

Strawberry Picking
The area around Numurkah is known for its strawberries. Probably the best place to start is The Big Strawberry at Koonoomoo, north-east of Numurkah, which is located at 7034 Goulburn Valley Highway and is open from 8.00 am - 5.30 pm seven days a week. It offers a range of strawberry products including jams, strawberry pancakes, strawberry ice cream and a year round supply of fresh strawberries. Check out http://www.cobrambarooga.org.au/companies/231/30/The-Big-Strawberry.html#/None or tel: (03) 5871 1300.

Cactus Country
Located at 4986 Murray Valley Highway, Strathmerton (22 km north of Numurkah) this unusual attraction covers 4 ha (10 acres), has been operating for over 25 years and is recognised as Australia's largest cactus garden with literally thousands of cactus plants. It open seven days a week from 9.00 am - 5.00 pm. Check out http://www.cactuscountry.com.au/ for more details.

* The area was occupied by the Yorta-Yorta people prior to European settlement.

* Squatters moved into the area from NSW in the late 1830s.

* The railway arrived from Shepparton in 1881. That same year the Chaffey Brothers were asked to look into the area's prospects for irrigation development but they considered it unsuitable.

* By 1901 61,085 ha in the district was under cultivation. Nearly two thirds was producing wheat.

* The town did not really grow until Numurkah became the headquarters of the Murray Valley Soldier Settlement Area - one of the largest soldier settlements in Australia - in 1918. Under this scheme 700 ex-servicemen were given land to develop for agriculture.

* In 1939 the Yarrawonga Main Channel started carrying irrigation water through the district.

* Passenger services stopped on the railway in 1993.

There is a local website. Check out https://numurkahtourism.com.au for accommodation and eating. 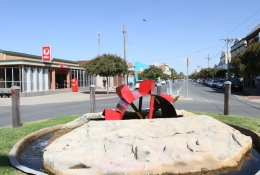 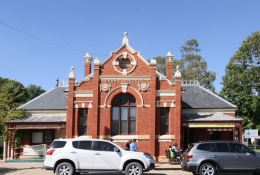 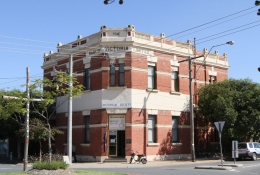 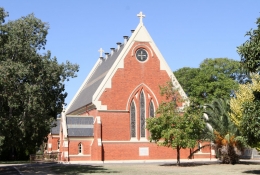 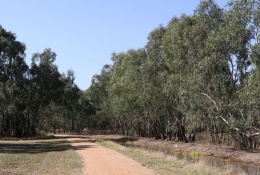 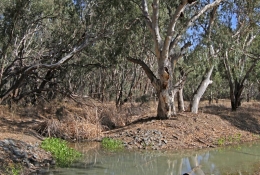 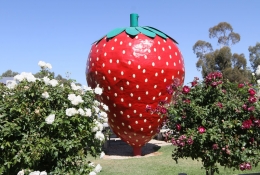 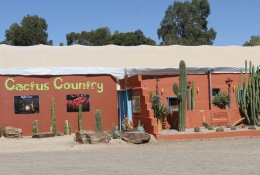 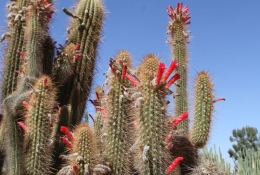