Puckapunyal, affectionately known as Pucka, is located only 12 km from Seymour. Puckapunyal is a large military base which also houses around 280 families and has a major tourist attraction - the Australian Army Tank Museum.
The Australian Army Tank Museum's mission is to preserve, exhibit and interpret armoured vehicles, artifacts, icons and memorabilia in order to promote and commemorate Australia's Light Horse and Armoured Heritage.
To gain entry to Puckapunyal Military Area, a photo ID is required for people 18 and over, see their website http://australianarmytankmuseum.com.au  for further details.
The name is known to a generation of Australians. It was the place where so many Vietnam War conscripts were sent for basic training in the 1960s (in fact Redgum's iconic I Was Only 19's opening line is "Mum and Dad and Denny saw the passing out parade at Puckapunyal"). Today it is the largest military training centre in Victoria now covering 39,290 ha.

Puckapunyal is located 115 km north of Melbourne via the Hume Highway and 12 km west of Seymour.

It is accepted that the word 'Puckapunyal' was used by local Aborigines (the Taungurong) to describe a hill which is now within the military complex. No one knows exactly what Puckapunyal means which has resulted in such widely varying definitions as 'valley of the winds', 'death to eagles', 'place of exile' and, most likely, 'the middle hill'.

The Australian Army Tank Museum
The Australian Army Tank Museum was established to celebrate the achievements of  the Australian Light Horse and the Royal Australian Armoured Corps as well as becoming a training facillity for the Australian Army and RAAC.
The Museum's collection ranges from World War I through to today's 21st century advancements. The exhibition space is divided into two galleries. The inside gallery - Chauvel Hall, features exhibitions focusing on the history of operations, from WWI through to current deployments such as Afghanistan as well as a small arms weapons display. The outside exhibition area features over 80 armoured vehicles and anti-tank weapons.
The museum records how an engineer from Adelaide, Lance de Mole, submitted a proposal, to the British War Office, to build a "chain-rail vehicle which could be easily steered and carry heavy loads over rough ground and trenches". The proposal was made in 1912 and the War Office rejected the idea but it became a necessity as the changing nature of warfare unfolded in World War I. Sadly de Mole's design was ignored.
The museum has car and coach parking, a barbecue area, a gift shop with a large selection of military models and souvenirs and wheelchair access. The route is clearly signposted from the Hume Freeway. Information about the Museum can be obtained at http://australianarmytankmuseum.com.au which has a detailed history of the army camp.
The museum is open from Tuesday to Friday from 10.00 am - 4.00 pm and the last weekend of each month from 10.00 am - 4.00 pm. Check the website for any changes: http://australianarmytankmuseum.com.au.

Puckapunyal Birdlife
The entire Army area is known for its birdlife. It is recognised as home to the largest community of bush stone curlews in Victoria and the endangered swift parrots can often be seen in the area. A total of 207 species have been identified in the area.

* Prior to the arrival of Europeans the area was inhabited by members of the Taungurong language group.

* Thus when Lord Kitchener came to Australia in 1910 to advise the government on military matters he inspected a major encampment at the racecourse and recommended it as a permanent military training area.

* When World War I broke out a camp was set up and, in 1920, Seymour shire became the major military area in the state.

* In the early 1920s a rifle range and ordnance store was built on the site.

* Puckapunyal camp was established in 1939 at the outbreak of World War II. It was used as a training camp and the US Army's 41st Infantry Division trained alongside Australian units.

* In February 1941 the first units of the Royal Australian Armoured Corps moved to the camp.

* Between 1949-1995 the 1st Armoured Regiment was stationed at Puckapunyal.

* During the 1950s the Army Base was used by the 3rd National Service Training Brigade.

* In 1964 servicemen conscripted outside New South Wales and Queensland were trained in preparation for fighting in the Vietnam War.

There is a Visitor Information Centre in Seymour with information on the Vietnam Veterans Walk and Light Horse Memorial Park http://www.seymourvictoria.com.au/.

There is a useful community website http://puckacommunity.org.au/local-information/pucka/ - with lots of local news and suggestions for nearby attractions. 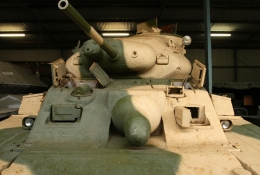 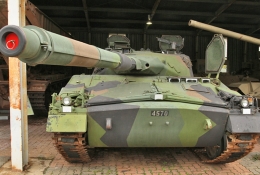 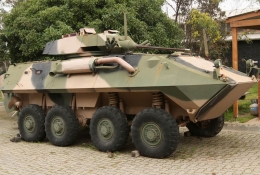 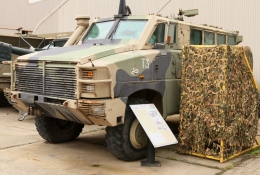 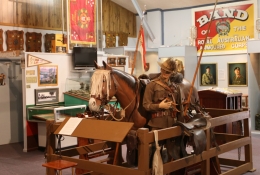 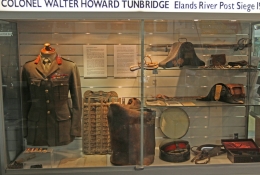