Town on the NSW North West Slopes known as the Gateway to the North-west.

Quirindi is a medium-sized rural service centre which is surrounded by rich agricultural and pastoral properties where sorghum, corn, oats, chickpeas, cotton, canola, sunflowers, wheat and barley are grown. It is a quiet and peaceful town which prospers because the soils are good and the local farmers are efficient.

Quirindi is located 345 km north of Sydney via the Newcastle Freeway and the New England Highway. It is 83km south of Gunnedah on the Kamilaroi Highway and 390 m above sea-level and at the southern edge of the Liverpool Plains.

There is no dispute that 'Quirindi' is a Kamilaroi word but no one is sure what it means. The current definitions vary so widely - variously they include 'dead tree on the mountain', 'place where fish spawn' and 'a nest in the hills' - that it is probably fair to say the meaning is unknown.

No one knows how the lookout got its name but it almost certainly was taken from the Who'd-A-Thought It Hotel which opened on the western side of the hill in 1882. The pub only lasted from 1882 to 1906 (when it burnt down) but it was a popular venue for drinking with sports meetings and horse races being held nearby. Local folklore argues that the name arose because travellers were surprised to find a hotel beyond the town limits. Head out of town on the road to Gunnedah and the lookout is clearly sign posted.

Stock Brands of the Liverpool Plains
If you are looking for a genuinely original tourist attraction it is hard to go beyond the remarkable stock brand tiles which are located on the footpath along the town's main street. Big Banana? Big Merino? They are nothing compared to this unique and unusual collection of tiles which celebrate the earliest known sheep and cattle runs on the Liverpool Plains. There are a total of thirty brands taken from the Large Stock Brands Directory of NSW, 1954 and the Sheep Brands & Marks Directory of NSW, 1954.

There's also a list of the Known Early Squatters and an interesting plaque explaining that "Most of the brands are those not originally associated with the properties but belong to known owners. Brands were composed of Letters, Conjoined letters, signs and numerals including reversed. Lettering was restricted to Roman, Script or Fancy fonts.

"Brands were required by law after 1866 and there are a number of stories relating to getting cattle inspectors drunk or driving off their horses so that property owners did not have their stock confiscated."

Quirindi Historical Society
Quirindi & District Historical Cottage & Museum
Located at 44 Station Street (the main street) is a cottage made from local Price bricks which was built as both a shop and a residence by Benjamin Ison in 1887. It was opened as the Quirindi & District Historical Society local history museum in 1970 and is open Wednesdays and Fridays 10.00 am to 2.00 pm or by appointment.  Contact details: Tel 0434 879 362 or 0425 272 289.

The Historical Walk
There are excellent signs throughout the town which explain the history of many of the buildings. As the town has changed little, these plaques which usually feature an historic photograph are detailed reminders of the changing streetscape.

Quipolly Dam and Bird Hide
A flora and fauna sanctuary is located at Quipolly Dam. It is here that such unusual birds as the Diamond Firetail and Black-chinned Honeyeater can be seen from a bird hide which overlooks the sanctuary. It is believed that during the 1940s the dam silted up and attracted a diverse range of water and woodlland birds. Today it is recognised as a bird sanctuary of international importance. It is located 12km north of the town via Allnutt Street and Borah Creek Road.

Quirindi Rural Heritage Village and Museum
The Quirindi Rural Heritage Village is set on 8ha and is located 5 km north of Quirindi on the Kamilaroi Highway. The aim of the village is to collect, preserve, restore and interpret artefacts which relate to the history, heritage and culture of the district. Contact tel: (02) 6746 2992. Check http://www.qrhv.com/ for further details. The village is open every Friday, Saturday and Sunday from 10.00am-4.00pm and the miniature railway operates on the fourth Sunday of the month from 10.00am-3.00pm.

* Prior to European settlement the district was home to the Kamilaroi Aborigines.

* In 1818 John Oxley became first European explorer to reach the Liverpool Plains. Settlement did not follow immediately because there was no easy route across the Liverpool Ranges.

* In 1823 the explorer, Alan Cunningham, accompanied by Aboriginal guides, passed through the area.

* 1824 saw Henry Dangar reach the plains but he was forced to turn back by hostile attacks from the Geaweagal clan of the Wanaruah people.

* 1827 saw the first squatters settle in the district.

* In 1830 George Loder established Quirindi Station at the junction of the Quirindi Creek and the Jacob and Joseph Creek. The station became a popular destination for passing teamsters and slowly evolved into the future town site. One of Loder's stockman built a slab hut and an inn opened for business in the early 1840s.

* In 1856 the town site was formally gazetted but the land sales the following year attracted little interest. In 1858 a post office was opened. It was not until the 1861 Lands Act that the district was opened up to small settlers.

* In 1866 the local inn was robbed by Thunderbolt (Fred Ward) and his bushranger gang.

* In anticipation of the arrival of the railway the Commercial Bank established a branch in the Bird-in-Hand Hotel in 1876.

* In 1877 the railway arrived and this resulted in the town becoming the district's major service centre which, in turn, resulted in the town's population increasing to 1139 by 1891. The increase in population resulted a flurry of building. That year two inns, a public school and a police residence were all completed.

* Foolishly the Commercial Bank kept their 'safe' on the veranda of the Bird-in-Hand Hotel leading, inevitably, to it being robbed by the bushrangers Bradshaw and Riley in 1880. Bradshaw was captured and sentenced to 12 years hard labour during which time he managed to write a book about the robbery. With a fine sense of humour he handed a copy of the book to the bank manager when he was released. There is an historic plaque near Bank Lane which marks the site of the old hotel/bank.

* The district's first courthouse was established by 1884 and that same year the post office building, which still stands in George Street, was built.

* In 1888 the first Australian polo club was formed at Quirindi. The annual polo carnival, Australia's oldest, commenced in 1893 and is still held in August.

The local website is http://www.visitquirindi.com.au/ and provides extensive data not only on Quirindi but on the small villages in the immediate area. 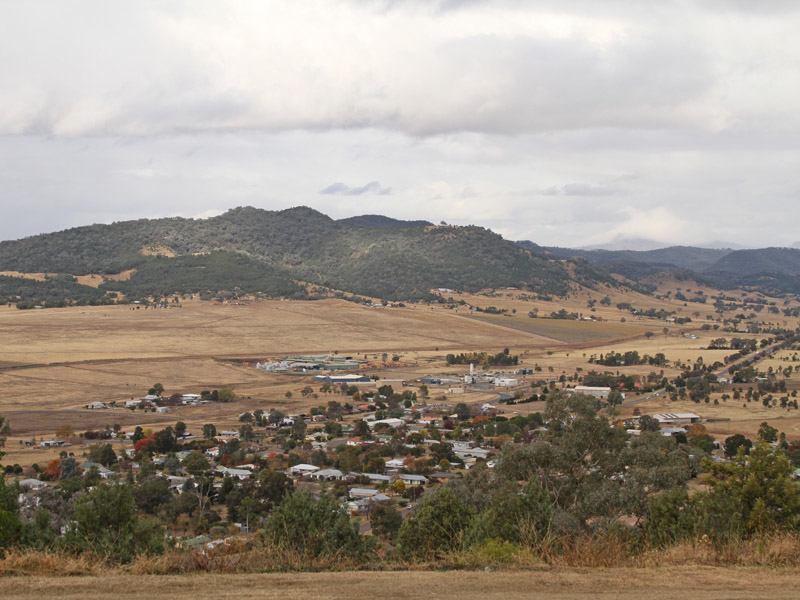 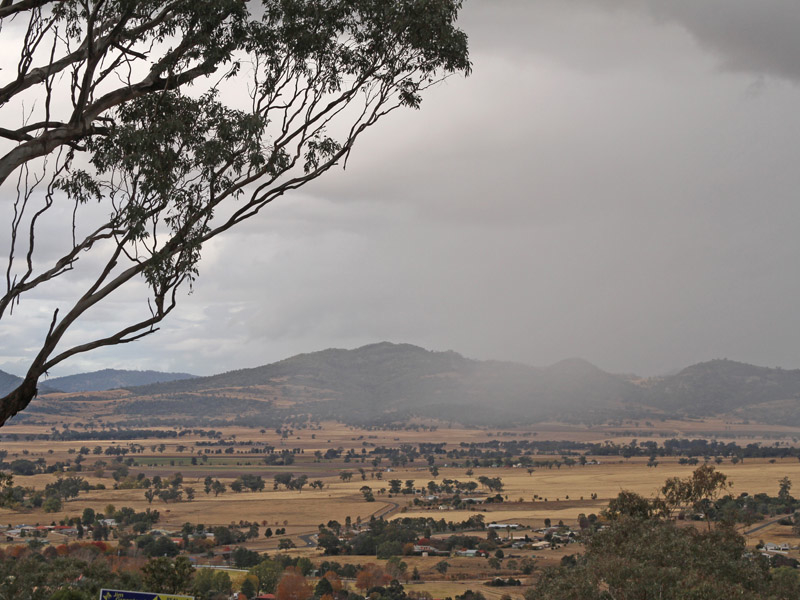 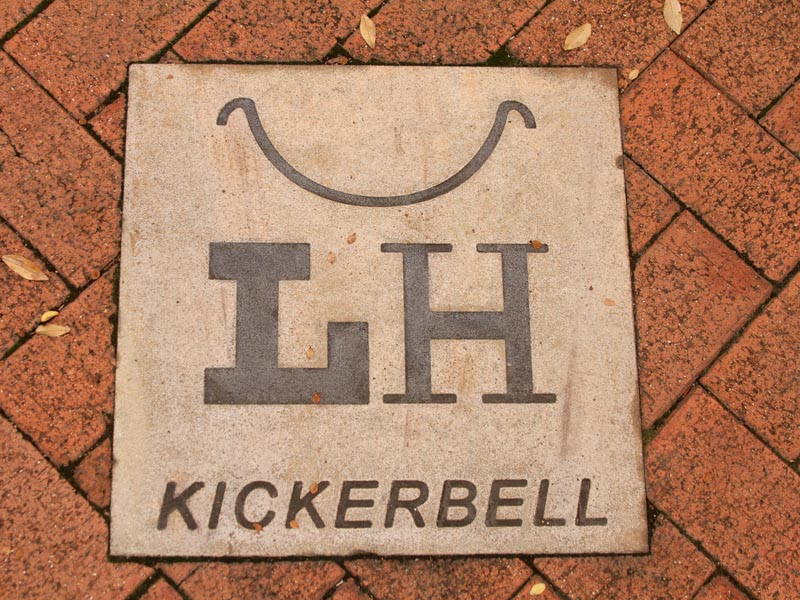 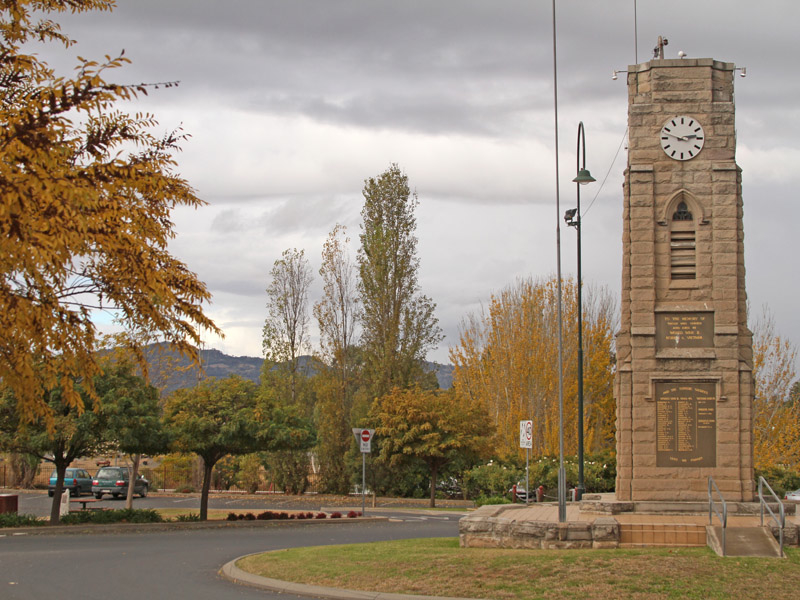 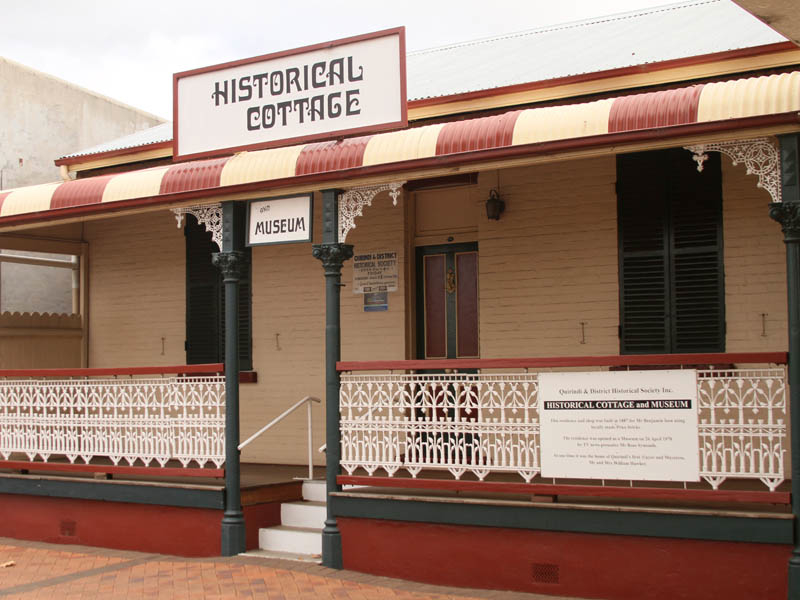 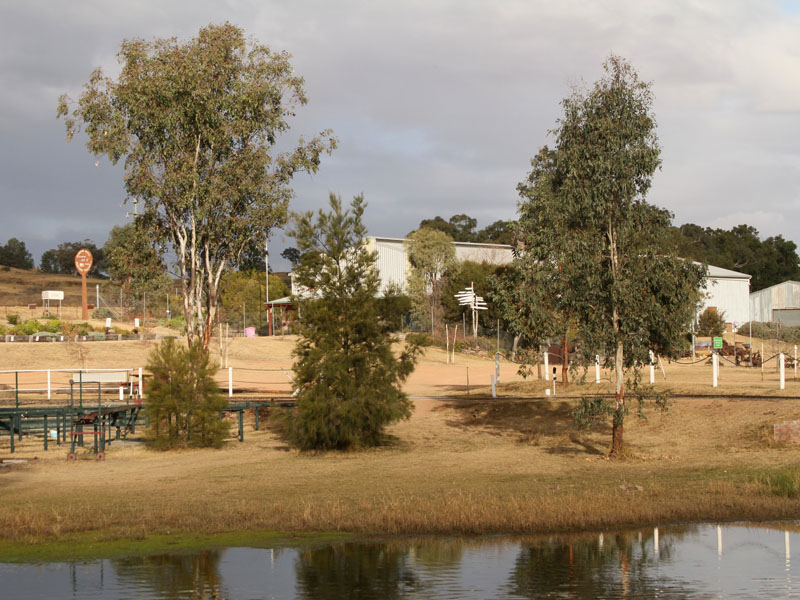 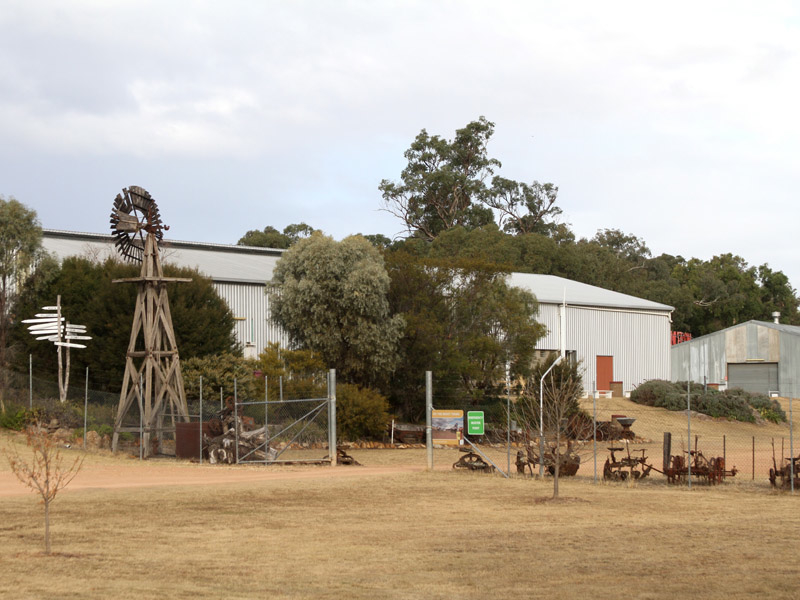