Accommodation and property near N'Dhala Gorge Nature Park in the MacDonnell Ranges.

The appeal of Ross River lies in the truly remarkable N'Dhala Gorge Nature Park which not only contains some of the most dramatic and beautiful countryside in the West MacDonnell Ranges (sights that can only be accessed by 4WD) but also includes a superb and extensive display of petroglyphs (rock carvings) with over 5,900 being identified in the gorge. Anyone interested in ancient Aboriginal art will find the gorge a wonderland of fascinating images many of which record the Caterpillar Dreaming of the local Arrernte people.

Ross River is located 78 km east of Alice Springs via the Ross Highway.

Both the Ross River and the Ross Highway are named after John Ross (1817-1903) who was employed by Sir Charles Todd to lead an advance party and to blaze a trail for the Overland Telegraph. Ross was an exceptional bushman with a 'nose for water'.

Ross River Resort and Loves Creek Homestead
Apart from offering meals and accommodation the Ross River Resort also offers the opportunity to visit the historic Loves Creek Homestead built in 1898 by the pioneering Bloomfield family as a working cattle station.
A recent email from Lyn Green (daughter of the Green family) adds this interesting historic background:
"I am the daughter of the tourism pioneering Green family that established the tourist resort in the late 1950's, from the derelict remains of the Old Loves Creek Homestead. The Homestead had been abandoned by the Bloomfield Family for 13 years at this time. I feel that you have left some very important historical information out by not mentioning this as without their contribution this whole area of the Eastern MacDonnells Ranges, (especially Ross River Resort),would not exist for thousands of people to enjoy. They restored the homestead, added 15 cabins, a bar, horse riding, water, electricity etc and ran their own very successful bus tours from 1958 until 1982, when they sold the business. This business opened up access for travellers to the local gorges including N'Dhala, Arltunga Ghost town, Trephina Gorge and many others as their tours included these areas. It was also vital in improving the roads. Before this the area was inaccessible and only used by the station people."

N'Dhala Gorge Nature Park
Lying 15 km beyond Ross River Resort, N'Dhala Gorge Nature Park is only available to those visitors with 4WD vehicles. The route is a sandy and narrow. It runs along the bed of the Ross River. The surrounding scenery, particularly the dramatic cliffs which rise from the riverbed, is spectacular. The gorge, a vital part of the culture of the Eastern Arrernte people, is worth inspecting as it contains some 5,900 rock carvings, art and shelter sites. Some of these petroglyphs may be 10,000 years old. There is a 1.5 km walking track (one hour return) which goes into the gorge and is complemented by interpretative signage. In the past the petroglyphs have been difficult to locate and when I first went there in the 1980s there was a sign which acknowledged the problem. 'This park was declared to protect the hundreds of rock carvings that line N'Dhala Gorge. They are evidence of an Aboriginal presence that dates back many centuries. It isn't known what the carvings mean but they express Aboriginal cultural beliefs and have helped to pass these beliefs from one generation to the next. The area's oldest carvings are weather-worn and difficult to see, but the younger carvings - maybe 300 years old - are more easily seen... Take drinking water and strong ankle-supporting footwear...Please do not touch or stand on any of the carvings and do respect the area's continued significance for Aborigines.' It is significant that in the last thirty years the number of petroglyphs has risen from "hundreds" to nearly 6,000 and the dating has risen from 300 years to, perhaps, 10,000 years. The gorge is also important as a location for fire sensitive plants including Hayes Wattle (Acacia undoolyana) and White Cypress Pine (Callitric glaucophylla). If you have a 4WD the gorge is worth visiting. It is both beautiful and culturally significant. For more information check out http://www.parksandwildlife.nt.gov.au/parks/find/alice-springs-region/ndhalagorge#.Uf2auGSPfR0

* In 1870, after he had been recommended to Sir Charles Todd as a suitable leader of an advance expedition to blaze a route for the overland telegraph line, John Ross came through the area. Both the Ross River and the Ross Highway are named after him.

* In 1876 the first Europeans, Tennant and Love, settled beside the Ross River. The conditions were harsh in summer and the only transport was at the Oodnadatta railhead which was 600 km away.

* The explorer, David Lindsay, making his way from Port Darwin to the coast of South Australia, passed near Arltunga in 1887 and noted that there appeared to be 'rubies' in the area.

* When gold was discovered at Arltunga in 1887 the Ross River station owner, a man named Albert Wallis, was suitably entrepreneurial and started growing vegetables to sell to the miners.

* In 1898 the Loves Creek Homestead was built by the pioneering Bloomfield family as a working cattle station.

The Northern Territory Parks and Wildlife Commission has an excellent website - http://www.parksandwildlife.nt.gov.au/parks/find/alice-springs-region/ndhalagorge#.Uf2auGSPfR0  - and it is possible to download a fact sheet to the gorge. 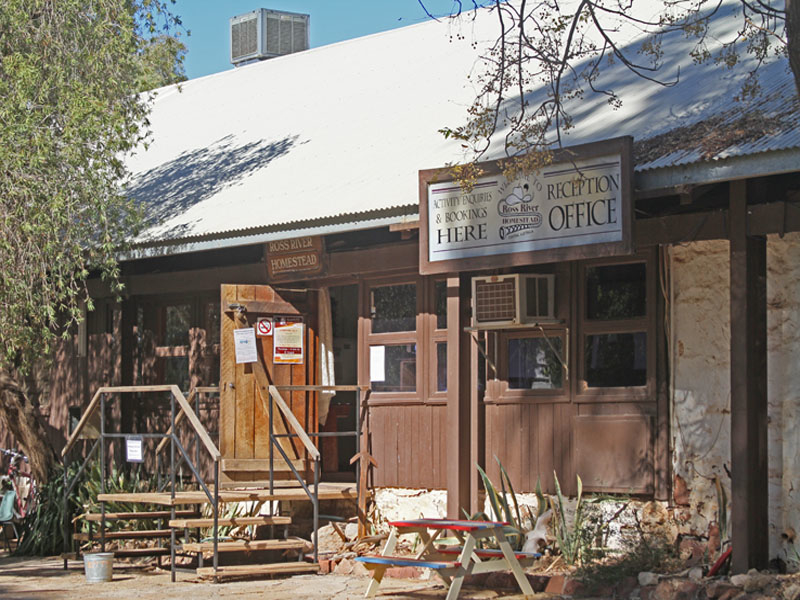 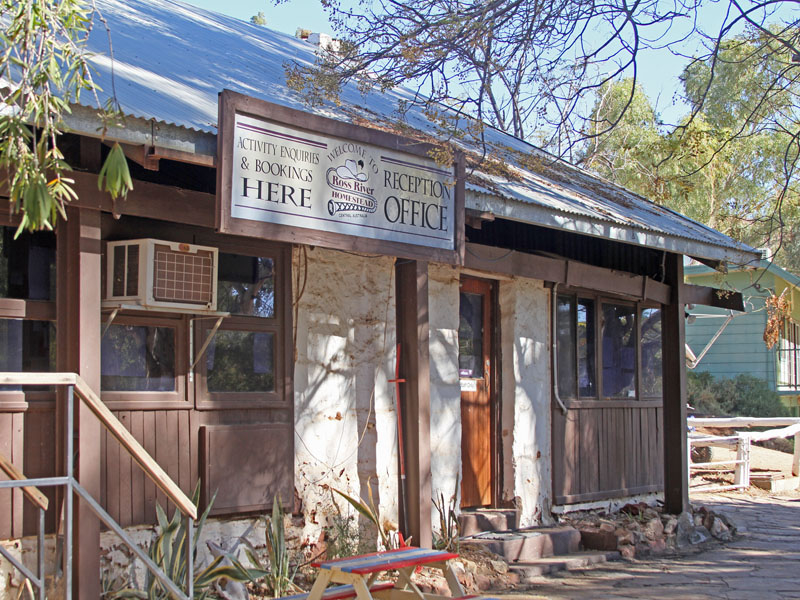