In recent times Seymour has happily exploited its proximity to the Army base at Puckapunyal. Historically Seymour was an important service centre for the agricultural hinterland. It has a number of attractive parks - ideal for picnics and breaking longer journeys - and with both the Vietnam Veterans Commemorative Walk, the Light Horse Memorial Park and the proximity of the Puckapunyal RAAC Memorial and Army Tank Museum it is of great interest to military historians and enthusiasts.

Seymour is located 112 km north of Melbourne via the Hume Freeway. It is located on the Goulburn Valley Highway 141 metres above sea level.

In 1843 the explorer, Major Thomas Mitchell, named the tiny settlement which had sprung up near the Goulburn River after Edward Seymour, the Duke of Somerset. He was a distant relative of Jane Seymour, the third wife of Henry VIII.

Vietnam Veterans Commemorative Walk
In 2005 the Mitchell Shire Council and the Mitchell Sub Branch of Vietnam Veterans decided to create a memorial to all those who served in Vietnam, and all those associated with the war in Vietnam. They did not want it to be just another memorial and so what they produced was a unique memorial in the shape of a Commemorative Walk using symbolic elements of Vietnam and listing over 60,000 names of every serviceman and servicewoman who served in the conflict. Stage 1 was officially opened in 2011 and Stage 2 in 2013. It is located in High Street at the junction of Emily Street and Tallarook Street.

The excellent website - http://www.vietnamvetswalk.org.au/ - explains that Stage 1 includes: "A full size replica of the Luscombe Bowl entertainment stage in Nui Dat ... Within it are interpretative panels on the walls about the Vietnam conflict including Long Tan,Coral/Balmoral and other major battles ... There is also a history on the building of the original Luscombe Bowl." There is also a small memorial cairn.

Stage 2, the most impressive part of the Commemorative Walk, includes "Bluegums representing rubber trees, native grasses representing rice paddies, and the laying of the ochre earth paths ... there are real parts of history with a Centurion tank , a Huey helicopter, artillery pieces and an M1A1 APC.  There are also places to just sit and peacefully reflect. 106 DigiGlass panels are inscribed with over 60,000 names of every serviceman & servicewoman who served in the conflict.  The background is stunning photography of all the Services - their experiences, their battles, their good memories."

It is a unique memorial and is worth visiting as a reminder of the huge involvement of a generation of soldiers in a singularly unhappy war.

Seymour Historic Walk
The obvious starting point for all explorations of Seymour is the Visitor Information Centre which is located in the Old Court House. It is still possible to inspect the Judge's podium, juror's gallery and prisoner's dias. Behind it is the log lock-up  which was built in 1853 and originally located beside the river. A typical gaol of its period, it is made of rough-hewn logs stacked 14 high and crossed at the corners with a heavy door and lock. It was used as a temporary holding pen for those awaiting trial and was relocated to this site in 1994.

The Heritage Walk, which takes around 45 minutes, includes a total of 19 historical buildings including, over the road from the Visitor Centre, Henshall's Pharmacy which was built in 1869; the old post office which was built in 1872-73 and now contains the local art gallery; and the Prince of Wales Hotel which dates from 1863. In Tallarook Street are the police offices, built as a residence for the chief superintendent of police in 1880; the old primary school built in 1860 and  the old free library (1875).

Royal Hotel - Moody's
At the north-eastern corner of Emily and Manners Street is The Royal Hotel, made famous by Russell Drysdale, which dates from 1848. The middle section of the hotel was built in 1852 and the front in the 1890s. The original hotel is now a small part of the present Royal Hotel.

Railway Heritage Centre
The Seymour Railway Heritage Centre is located off Victoria St. It is primarily a restoration workshop and consequently does not have specific times when it is open. Those interested in inspecting the collection should contact, tel: (03) 5799 0515. There are guided tours.

Australian Light Horse Memorial Park
Located on the Goulburn Valley Highway on the way to Yea, this 150 ha bushland park contains relics from the Light Horse era as well as a Commemorative Wall, a Gateway Information Pavilion and interpretative trails. It complements the Tank Museum at Puckapunyal for those interested in military history.

The RAAC Memorial and Army Tank Museum at Puckapunyal
Open from Tuesday to Friday from 10.00 am - 5.00 pm and the last weekend of each month from 10.00 am - 4.00 pm (it is also open daily during the Victorian school holidays), The RAAC Memorial and Army Tank Museum is located 12 km west of Seymour. It was established to celebrate the achievements of  the Australian Light Horse and the Royal Australian Armoured Corps as well as becoming a training facillity for the Australian Army and RAAC.

The Museum's exhibits include the Australian Light Horse Collection (1880s-1945), the Small Arms and Anti Tank weapons, the Australian Armour During World War II and Vietnam display, the Weapons Against Armour Lethality display and over 87 armoured fighting vehicles.

The museum records how an engineer from Adelaide, Lance de Mole, submitted a proposal, to the British War Office, to build a "chain-rail vehicle which could be easily steered and carry heavy loads over rough ground and trenches". The proposal was made in 1912 and the War Office rejected the idea but it became a necessity as the changing nature of warfare unfolded in World War I. Sadly de Mole's design was ignored.

The museum has car and coach parking, a barbecue area, a gift shop with a large selection of military models and souvenirs and wheelchair access. The route is clearly signposted from the Hume Freeway. Information about the Museum can be obtained at http://www.armytankmuseum.com.au/i-about.htm which has a detailed history of the army camp.

* Prior to the arrival of Europeans the area was inhabited by members of the Taungurong language group sometimes known as the Natrakboolok people.

* Hume and Hovell, on their journey to Port Phillip, became the first Europeans in the area when they passed through in 1824.

* Major Thomas Mitchell's famous expedition party passed to the north of the townsite in 1836.

* Mitchell was followed by eager settlers and overlanders who arrived in 1837 with their cattle.

* By 1838 an overland mail route had been established from Melbourne to Sydney. It followed Mitchell's route and crossed the Goulburn River north of the town's present site.

* By 1839 much of the land in what would become Seymour shire was taken up. In that year the settlement, which had been established at New Crossing Place to the north was replaced by a better ford of the river at the site where Seymour now stands.

* An enterprising hotelier, John Clark, moved his business from the 'Old Crossing Place' at Mitchellstown and established a punt service and an inn at the new ford. He was joined by a blacksmith. These were the origins of the modern town.

* In 1841 the government survey the area around Clark's inn.

* By 1843 a police paddock was established and Thomas Mitchell had named the new town after Lord Seymour, Duke of Somerset.

* The Sydney Road saw in increase in passing traffic and a second hotel was opened on the west bank of the river. Clark responded by building a two-storey stone hotel in 1848,. He called it the Royal and it is still part of the town's Royal Hotel.

* Seymour's first schoolhouse was built in 1846.

* In 1860 a national school and a Methodist church were built.

* As late as the 1860s the Natrakboolok people were still camping and holding corroborees near the town.

* In 1863 Seymour was declared a town. During the year the town saw the construction of the first Anglican church, the first bank and the first bridge over the Goulburn River.

* The railway from Melbourne reached the town in 1872  and consequently Seymour became the goods receival centre for the district and a railway town with workshops and an administration centre.

* When Lord Kitchener came to Australia in 1910 to advise the government on military matters he inspected a major encampment at the racecourse and recommended it as a permanent military training area.

* When World War I broke out a camp was set up and,

* In 1920 Seymour shire became the major military area in the state.

* The Puckapunyal camp was established in World War II.

The town's website - http://seymourvictoria.com.au/ - has good information on both eating and accommodation. 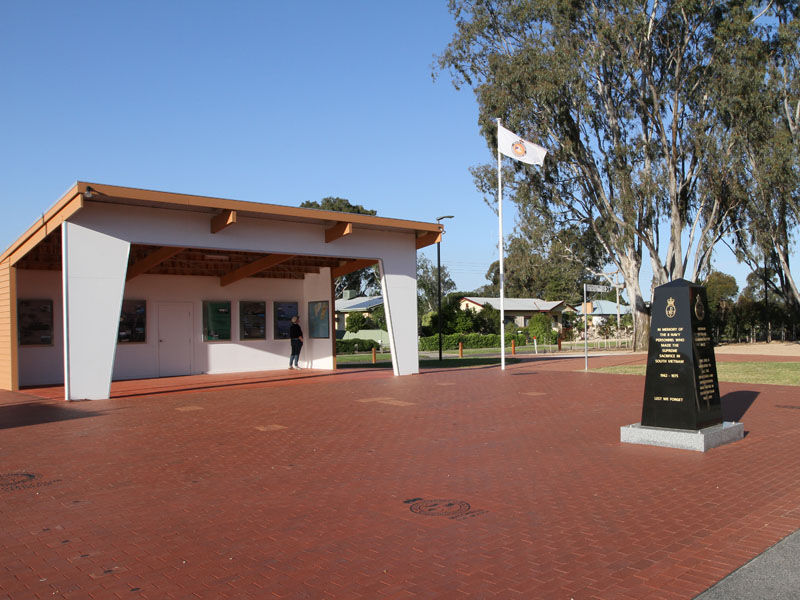 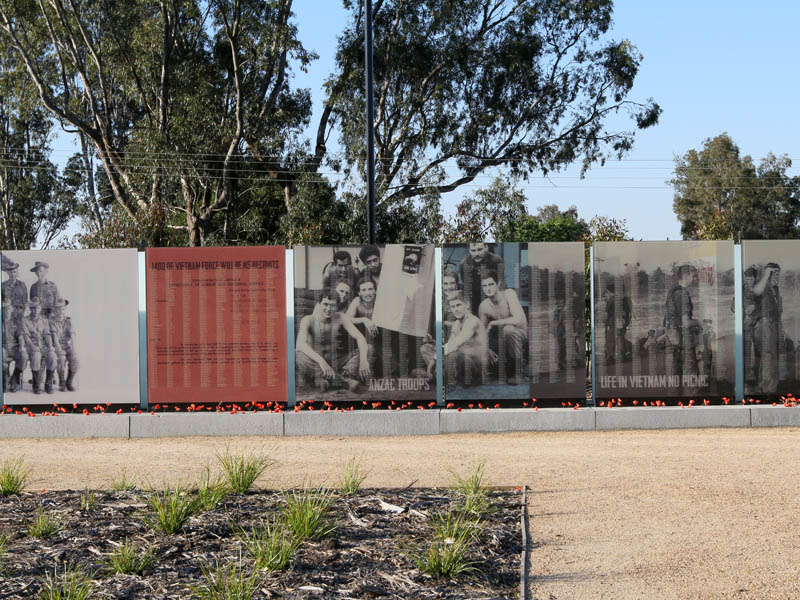 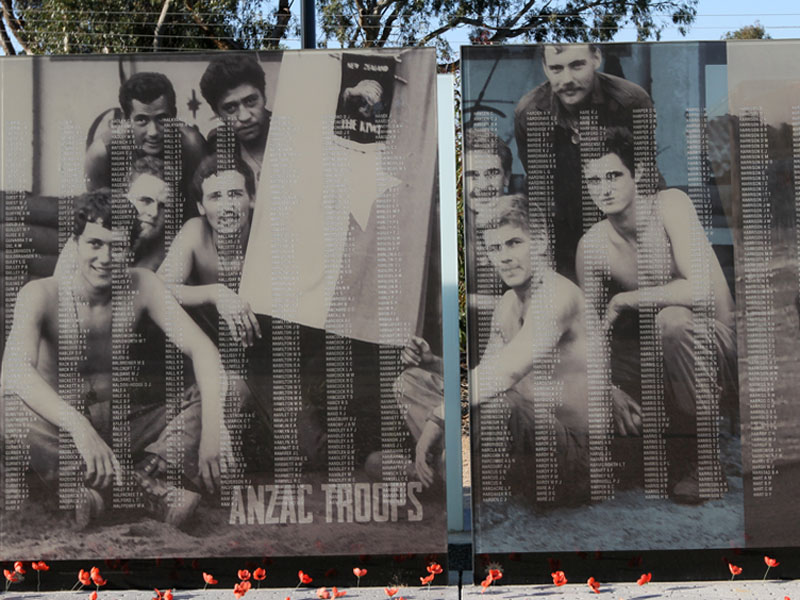 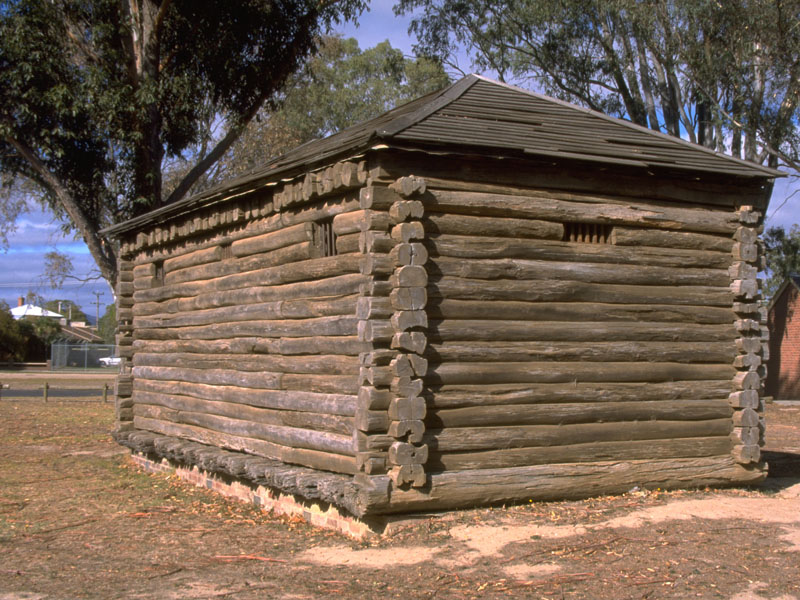 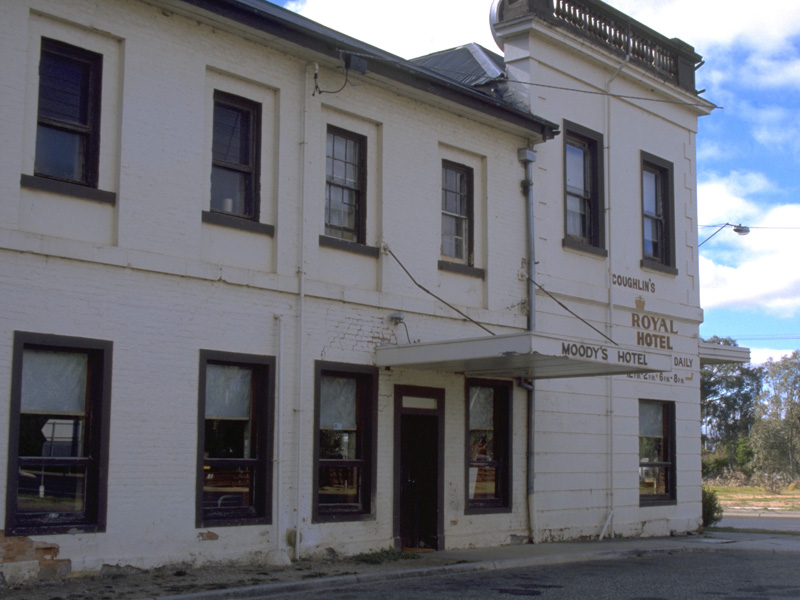 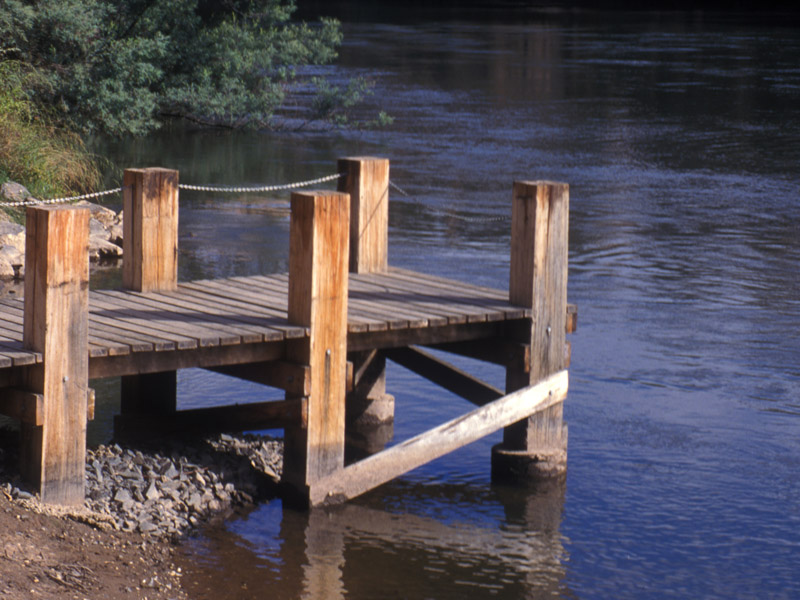