Quiet wheatbelt town made infamous by the Snowtown murders.

Under different circumstances, Snowtown would probably have slipped off the "this town should be included" list. It is one of those Australian wheatbelt towns, in an area which is ideal for the agricultural combination of sheep grazing and wheat growing, where its quality of being a quiet, rural settlement means that the traveller can easily pass through, pause briefly to admire the old Institute building and the unusually named St Canice's Catholic church, and continue north towards Crystal Brook and Port Pirie. Horrifically, in 1999, Snowtown wrote itself into the history books when it became the site where the bodies were found that had been the result of the largest serial killing in Australian history. By the time all of the bodies had been found - eight in the town's disused bank building - a total of eleven people had been murdered.

Snowtown is located 147 km north of Adelaide and 103 metres above sea level on Highway One.

No one is sure which member of the Snow family was being honoured when, in 1878, South Australian Governor William Jervois named the town after either Thomas Snow, who at the time was Jervois' aide de camp or Sebastian Snow who was the governor's private secretary. The Snows were reputedly his cousins.

History in the Main Street
The town's main street, Fourth Street, is notable for a number of attractive public buildings - notably the Snowtown Memorial Hall (1919) which is attached to the Old Institute (1889). Over the road is the town's tribute to the pioneers. The street is a fine example of a veranda-ed rural street in a wheatbelt town with many of the single storey buildings offering shady protection from the fierce South Australian summer sun.

The Snowtown Murders
In 1999 the remains of eight people were discovered in six barrels of acid inside a disused bank in the main street. The murderers were John Bunting, Robert Wagner and James Vlassakis and the people had been killed between August 1992 and May 1999. Only one of the victims was killed in Snowtown. The murders created a complex response from the local community. The serial killer was not a local and therefore the murders did not reflect on the town. Some locals wanted to change the name to Rosetown but others, seeing an opportunity, produced barrels with legs sticking out and made stickers with Snowtown is a "barrel of fun". The trial of the killers lasted for twelve months - the longest in South Australian history - and Bunting, who was seen as the leader of the killers, was given eleven life sentences. He is never to be released.

Snowtown - The Movie
The movie was made in 2011, won a heap of awards (six awards at the 2012 Australian Film Institute awards and the director won two awards at Cannes) and received a number of favourable reviews. Eleven murders is not really much of a story arc so the movie, which is compelling without ever aspiring to greatness, focuses on the way John Bunting ingratiated himself into the family of James Vlassakis, dallianced with Vlassakis’s very damaged mother, and “groomed” young James until he was capable of murder. It’s not really all that ghoulish, apart from one murder where the poor sod is tortured and killed in a bath. It is true. They did torture their victims. Apparently Bunting was waging a vendetta against “sickos” without, obviously, having a look at himself. So the people he tended to kill were either “poofters”, "pedophiles" or “druggies” … who, according to Bunting, “deserved it”. The film actually uses the exterior of the bank where they hid the bodies. It is opposite the local hotel, is still there, and strangely, was sold for $180,000 to a couple who now live in it as a home.

Bumbunga Lake
Lying to the south of Snowtown near the village of Locheil is Bumbunga Lake, a fine example of a Pink Lake coloured by the strange pink lichen. On the Locheil-Ninnes Road is an excellent lookout over this impressive salt lake.

* Prior to the arrival of Europeans the area around Snowtown had been occupied by members of the Kaurna Aboriginal language group.

* It was around 1868 that the original Snowtown Hotel was built.

* It wasn't until 1869 that the government took much interest in the area. At that time they planned to establish towns throughout the district and to divide the land into smaller holdings.

* Snowtown was formally proclaimed by Governor William Jervois in 1878.

* A railway station was established on the Brinkworth-Wallaroo line in 1879.

* 1919 saw the completion of the town's Memorial Hall.

* The town achieved infamy in 1999 when it became the site where the bodies of the largest serial killing in Australia were found - eight bodies were found in the town's disused bank building. After more bodies had been found in suburban Adelaide the total came to eleven.

* In 2011 the movie, Snowtown, about the murders was released.

* In 2013, around the time when the town was celebrating its 135th birthday, Stage 2 of the Snowtown wind farm was opened. It was capable of supplying 10% of all South Australia's electricity needs.

There is a small "official" site at http://www.snowtown-sa.org. It has useful information on the town. 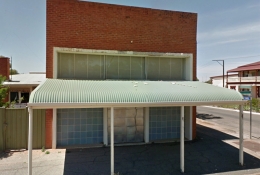 The bank where the bodies in barrels of acid were kept by the Snowtown murderers. 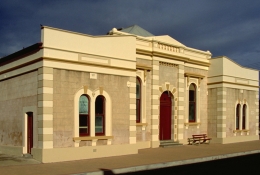 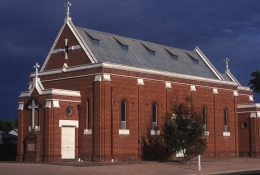 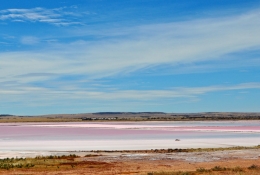 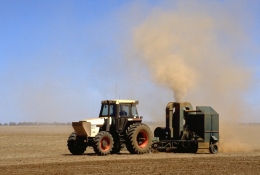