Tarlee is a tiny town on the road from Gawler to Clare and the copper town of Burra. It is really little more than a motel, a general store and cafe, and a few small businesses. Yet it has a number of interesting attractions - notably the historic Sir James Fergusson Hotel (a charming old hotel with vines around the front); an interesting war memorial; and, notably, a Lone Pine commemorating the bloody battle at Lone Pine during the Gallipoli campaign during World War I.

Tarlee is located on the Gilbert River 90 km north of Adelaide between Gawler and Clare.

RAAF World War Two Crash Site
On 23 September 1943 an Avro Anson W2095 from 6 Service Flight Training School in Mallala crashed into a field only 1.8 km south of Tarlee. For men were killed - two were only 19 and the others Sergeant Julian Patrick Rice was 21 and Flight Officer Ian Duncan Weston was 27. There is a memorial to the men next to the town's official War Memorial and it records the official summary of the crash (it was probably due to bad weather) and three eyewitness accounts from locals who observed the crash.

The Lone Pine
Planted only a few years ago, and located just across the road from the town's War Memorial, the Pinus halopensis (Lone Pine) is a memorial to the soldiers who died at Gallipoli during World War I. The extensive description explains the origins and importance of the Lone Pine as a symbol of that war.
"Lone Pine or Plateau 400 was the scene of a major diversionary offensive launched by the Australian 1st Division on 6th August 1915. The Turks had cut down all but one of the trees that covered the ridge to cover their trenches. The ridge dominated by the single Aleppo Pine (Pinus halopensis) became know as Lonesome Pine or Lone Pine. In 3 days of fighting the Australians lost more than 2000 men and the Turk losses were estimated at more than 7000.  Seven Victoria Crosses were awarded. As far as we know two Australian soldiers souvenired pinecones from the ridge that found their way back to Australia.
Lance Corporal Benjamin Smith of the 3rd Battalion whose brother was killed at Lone Pine sent home a cone to his mother, Mrs McMullen at Inverell in New South Wales. Mrs McMullen kept the cone for 13 years until 1928 before planting the seeds. She grew two seedlings, one of which was presented to the town of Inverell and the other to the Parks and Gardens section of the Department of Interior in Canberra.   The Duke of Gloucester planted this second tree at the Australian War Memorial in October 1934.  Today it stands over 20 metres in height.
Sergeant Keith McDowell of the 24th Battalion carried a pinecone in his haversack until the end of the war.  Upon returning home to Australia he gave it to his aunt, Emma Gray who lived at Grassmere near Warrnambool in Victoria.   A decade or so later Mrs Gray planted seeds and four seedlings were grown.  One was planted in May 1933 in Wattle Park Melbourne.  Another at the Shrine of Remembrance in Melbourne and another at the Soldiers Memorial Hall at The Sisters.   The last was planted in the Warrnambool Botanic Gardens.
In 1990 two trees were taken back to Gallipoli with War veterans who attended the memorial service to mark the 75th Anniversary of the Gallipoli Campaign."

* A settlement came into existence in the 1860s as a stopover point for the early traffic moving to and from the Kapunda and Burra mines and the port at Adelaide.

* In 1868 a number of blocks of land in the town were sold with a prime block next to the railway station fetching £30.

* The Catholic church of St John and St Paul was consecrated in 1877.

* The Tarlee Institute building was opened in 1888.

* During the late 19th century the local stone quarries provided the foundations for the Adelaide Museum, the Adelaide GPO, the Legislative Council Building and Adelaide Railway Station.

* An RAAF aeroplane crashed near the town in 1943. 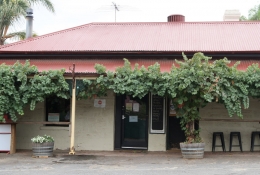 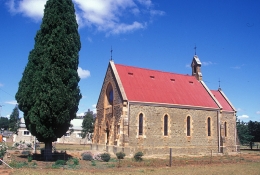 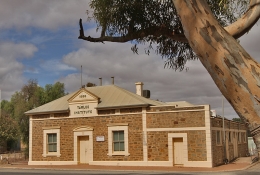 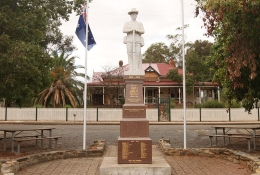 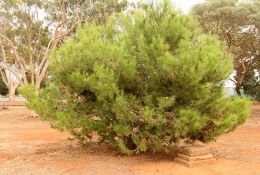 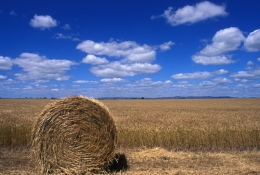