National Trust-classified river port on the banks of the Clarence River.

Ulmarra is an historic port on the Clarence River which has been held in aspic. Historic buildings, a river ferry and an antique charm all make it a rare opportunity to to a time when the river was the vital transport route in the district. Ulmarra is located on the deep channel side of the Clarence River. It is almost bypassed by the Pacific Highway. Certainly the appeal of the town lies just one block to the west of the Highway. The buildings in River Street and Coldstream Street create an image which is redolent of the town's past as a 19th-century river port. So convincing is the historic authenticity of the buildings that the Commercial Hotel was used in the 1987 television mini-series Fields of Fire as a 1929 Queensland pub when, amusingly, it was neither built in 1929 nor in Queensland.

Ulmarra is located 631 km north of Sydney and 17 km from Grafton on the Pacific Highway.

It is generally accepted that 'ulmarra' is a local Aboriginal word meaning "bend in the river".

Ulmarra Heritage Walk
The Ulmarra Heritage Walk lists 13 buildings of interest in the town. The brochure includes (1) The Old Butter Factory which dates from 1922 and was still operating as a milk factory as recently as the 1980s (2) the Anglican Church and Rectory which dates from 1912 (3) Belmore - a private home at 41 Pacific Highway which dates from around 1900 and is on the site of the town's Belmore Sugar Mill which was built in 1870 (4) the Uniting Church which was moved in the 1930s to face River Street (5) the Former Masonic Hall with its elaborate doors, which was consecrated and dedicated in 1889. The building, dating from 1906, cost £345. It was used as a movie theatre with movies provided by a travelling picture show man (6) Police Residence and Court House - a fine and rare example of a Federation-era single-storey timber courthouse and an interesting timber police station with a wide country veranda (7) Ulmarra Hotel - constructed in 1906, known as the Commercial Hotel and characterised by fine ironwork and a large veranda, is located in Coldstream Street which runs parallel to River Street (8) Silverweir at 17 River Street dates from 1872 and was built by Samuel Cohen. It has a coach house, servant's quarters and a separate kitchen. (9) 27 River Street was built in 1906 and used as the residence for the Town Clerk. (10) Catholic Church at 35 River Street which dates from 1912 (11) 3 Coldstream Street which was the site of the Exchange Hotel which was destroyed by fire in 1906. A new building was constructed on the site in 1906 and was for many years a local hotel (12) 5 Coldstream Street, originally Atwill General Store with the seductive sales pitch "All goods sold at Sydney prices".

The Ferry Crossing
The historic experience of crossing the Clarence River is available with the Ulmarra vehicular ferry which travels the 800 m across the river to Southgate . It departs from a point at the northern end of Ulmarra along the Ballina Road. The ferry is small and unable to carry caravans or coaches. It operates every day from 6.00 am to 11.00 pm but there are three 45-minute breaks in the service every day, from 9.55 am to 10.20 am, from 12.35 am to 1.00 pm and from 5.55 pm to 6.20 pm. The ferry is out of service on the first Wednesday of each month from 9.30 am to 12.30 pm. On the wall near the ferry are the 1988 flood levels which give some idea of what the Clarence can be like when it floods. It was here that the original township, Lower Ulmarra, was established. The details of any changes in the timetable are available at http://www.clarencetourism.com/shopping-services/ulmarra/ulmarra-ferry/p/1004.

Fishing The Clarence
The Clarence River is a noted fishing destination. The fish range from snub-nosed garfish through long-finned eel, estuary perch, eastern freshwater cod, eel-tailed catfish and pink-eye mullet. Heavy rainfall tends to keep marine species (such as mulloway, luderick, dusky flathead and bream) at bay while light rainfall allows them to venture into the area while it puts pressure on the freshwater species to move further upriver. Most of the fish can be caught with bait although the bass and dusky flathead are drawn to lures. The excellent and detailed Clarence Recreational Fishing Guide (http://www.dpi.nsw.gov.au/__data/assets/pdf_file/0007/328984/Clarence-Recreational-Fishing-Guide.pdf) can be downloaded and includes up-to-date information about the rules of fishing in the area.

* Prior to the arrival of Europeans the area was occupied the people from the Bundjalung Aboriginal language group. The Yaegal and Gumbaingirr people were also in the district.

* By 1839 squatters were settling the rich lands of the Clarence Valley.

* By the 1840s cedar cutters were scouring the forests around Ulmarra and exploiting the timber on the shores of the Clarence River.

* Captain James Butcher made the first map of the Clarence River in 1838.

* In 1839 the river, previously known as the Big River, was named Clarence after King William IV, Duke of Clarence.

* The tiny settlement of Ulmarra was established when Thomas Small bought land along the river in 1857.

* Small had been a timber cutters exploiting the cedar in the area but by the 1850s he had turned general farming firstly growing maize - and then around 1865, growing sugar cane.

* By 1871 Ulmarra had a population of nearly 1000 people. Sugar cane was not successful and dairy farming dominated on the fertile plains beside the river.

* By the 1880s the town had developed as an important river port.

* By 1900 Ulmarra had four blacksmiths, a bacon works, an abattoir, a hospital, two schools and three policemen.

* A fire raged through the town destroyed a number of buildings in 1906.

* Prior to 2000 when it amalgamated with nearby shires, it was the smallest local government area in New South Wales.

* Today Ulmarra is a well-preserved 19th century town with historic buildings, a river ferry and an antique charm which is shielded from the Pacific Highway.

There is a useful local website administered by Clarence Tourism. Check out https://www.myclarencevalley.com/ulmarra. 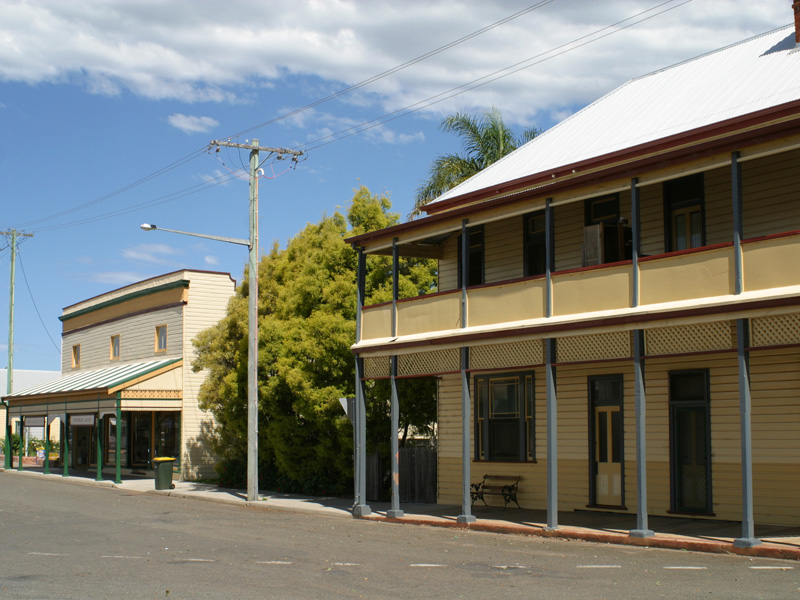 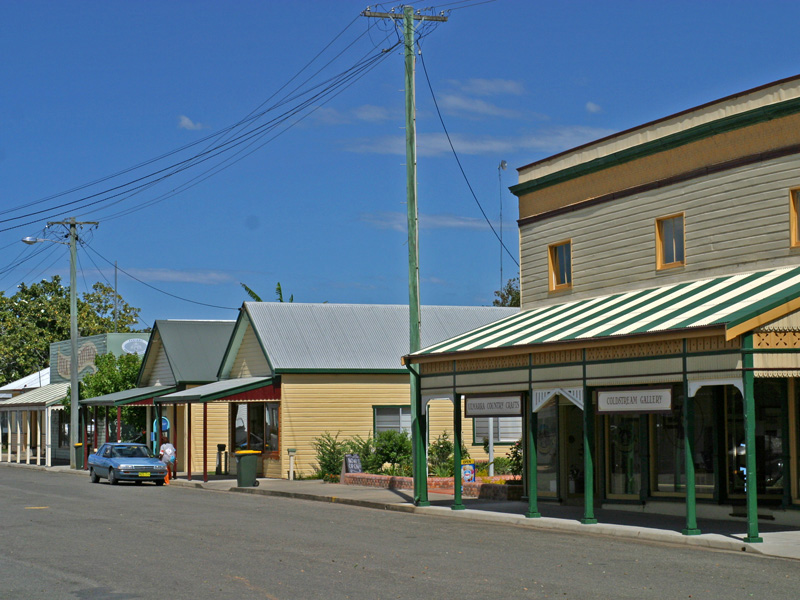 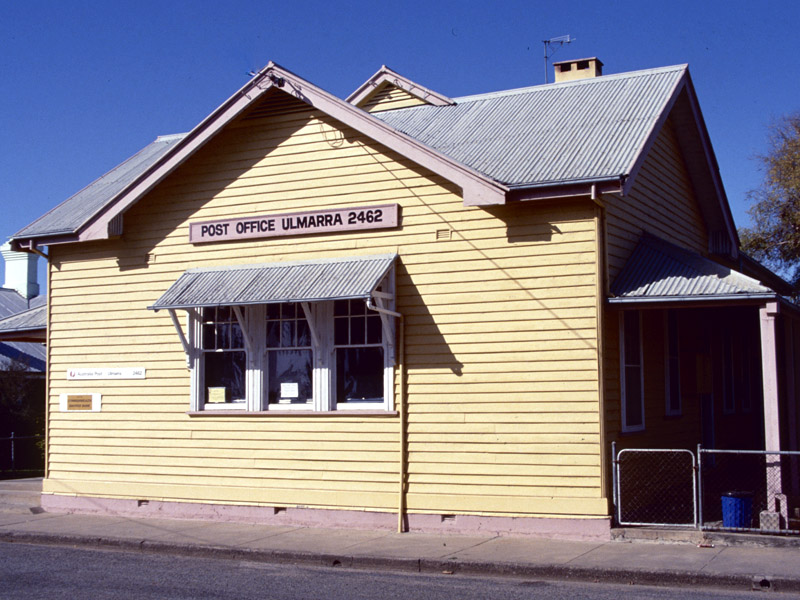 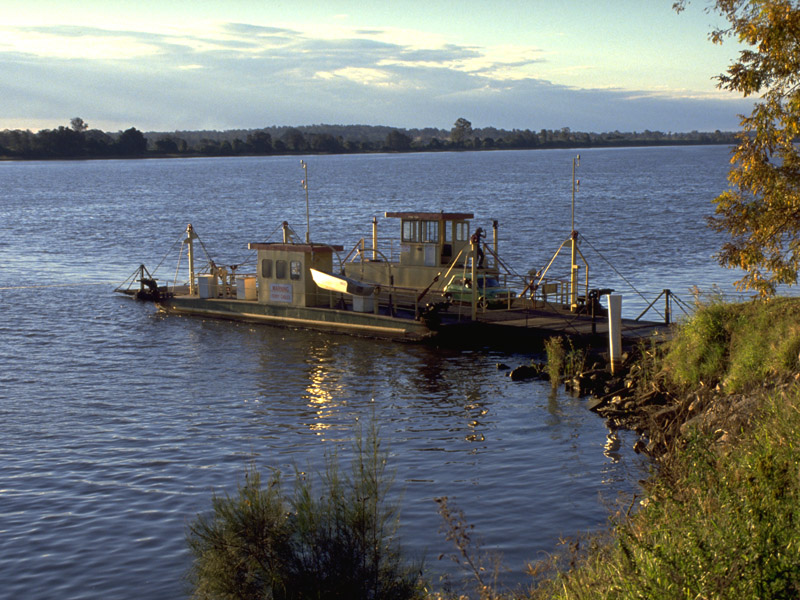