Historic port on the Murray River.

Wahgunyah is a charming riverside town located on the south bank of the Murray River directly across the Foord Bridge from Corowa. It is notable for its exceptional wineries (All Saints Estate and St Leonards both of which date back to the 1860s), its charming main street, its rich historic heritage and its sense of intimacy when compared to its sister NSW town of Corowa.

Wahgunyah is located on the NSW-Victorian border 298 km north-east of Melbourne via Rutherglen.

The explorer and settler John Foord named his 30,000 acre property Wahgunyah which was said to be a Whroo (the local Aboriginal language group) word for 'big camp'.

The Wahgunyah Collection
The ideal place to start any investigation of Wahgunyah is the appropriately named "Wahgunyah Collection" which is a display of carefully captioned photographs located near John Foord Bridge just before the visitor crosses the Murray River into Corowa. It is a remarkably comprehensive overview of the historic evolution of the town with early images of Aborigines, of the paddle steamers that plied the river, of the bullock teams, the dredges used for gold mining, the local sawmill, John Foord's early home, the huge All Saints Homestead, the custom's gate, the flour mill and Nugent's Star Hotel. It also offers a detailed history of the early settlement of the area.

Murray River Activities
Visitors come to Wahgunyah to enjoy activities on the Murray River. Rowing, canoeing, fishing, water skiing and boating are all popular. There are a number of pleasant walking tracks along the southern riverbank. Perhaps most impressively there is a delightful walking trail from Foord's bridge, along the southern bank of the Murray, crossing the river at Federation Way, and making its way back to Wahgunyah through Corowa.

Customs House
Over the road from the Wahgunyah Collection is the elegant Customs House (1886), a striking and substantial single-storey building. Note the polychrome brickwork, round-arched windows and iron finials on a slate roof. It has been carefully restored and is a reminder that the town was an important river port prior to Federation.

Post Office and Coffee Palace
The two-storey Wahgunyah post office and residence  dates from 1863 and is now a private home. The present post office was originally the Bank of Victoria (1880).

The Mass Tree
There is a substantial red gum at the bottom of Short Street known as the Mass Tree. Over the road is a plaque with the inscription "Mrs M.M. Burrows prepared the altar in her tent at this tree for the first mass said in Wahgunyah about 1869 by Very Rev. Dean Tierney, P.P. Beechworth".

George Smith, the estate's first proprietor,  became the first Australian to win an international gold medal for wine, at Vienna in 1873. The main building, classified by the National Trust, dates from 1878 and is modelled on the Castle of Mey in Scotland. It consists of a series of extensive above-ground cellars, containing large timber vats  surrounded by castellated brick walls with a square corner tower.

The Chinese settlers from the gold days are commemorated in the form of a substantial Chinese dormitory (1869) which was used as living and eating quarters for the Chinese vineyard workers. A plaque outside explains: "These original dormitories reflect the basic living conditions where workers ate and slept while playing their part in Australian pioneering history."

There is also an excellent Winery Viewing Area where visitors can watch wine being processed between February and April. It is open, but very quiet, at other times.

For more details check out http://www.allsaintswine.com.au/.

St Leonard's Winery
St Leonards Winery, established in 1862, is located on St Leonards Road 6 km from Wahgunyah. It is named after the Scottish birthplace of James Scott, the original owner. In 1980 it was taken over by Brown Brothers and it is now owned by Peter R. Brown's children. The cellar door is open Thursday - Monday 10.00 am - 5.00 pm and St Leonards Cafe is open Saturday and Sunday from noon - 3.00pm. It also hires bikes. Tel: 1800 021 621. Check out http://www.stleonardswine.com.au/the-winery

Pioneer Cemetery
John Foord (the town's founder) and his family are buried in the Pioneer Cemetery (1859-86)  which is located off Distillery Road on Kilborn Road.

Carlyle Cemetery and the Chinese Furnaces
Just beyond Pfeiffer's Winery on Distillery Road is the Carlyle cemetery. The information board at the cemetery notes: "The first recorded burial in this cemetery was of Sarah Geering on the 12th December 1865. The Chinese Furnaces, of square construction rather than round, believed to be the only ones in Australia of their type, were erected in 1887. There are 41 recorded Chinese burials in this cemetery, some of which can be recognised by their footstones. John Mitchell, the first successful gold prospector is buried here. The Rotunda was erected in 1903 as a visitor's shelter." The Chinese Furnaces and the graves as genuinely fascinating.

* Prior to the arrival of Europeans the land around Wahgunyah was occupied by the Whroo people, a subgroup of the Kwat Kwat who were one of the groups that formed the Yorta Yorta people.

* In 1839 Foord and John Crisp took up the 30,000-acre of unclaimed land that they called 'Wahgunyah' on the southern side of the Murray River. Crisp sold out to Foord in 1851.

* In 1852 gold was discovered in Beechworth and by 1854 the first paddle steamer reached Wahgunyah. Foord seized the opportunity, purchased a punt, bought a steamship, built a flour mill, and purchased 640 acres where he surveyed and established the private township of Wahgunyah to serve as the supply base between the river trade and the goldfields. He was also involved in the building of bond stores and hotels in the fledgling township. With true entrepreneurial spirit Foord encouraged new settlers to grow wheat which he ground at his mill. The punt became an important crossing point for stock and passengers and, in a smart twist, Foord named many of the streets after members of his family.

* The first winery in the district was established in 1851. By the 1860s St Leonard's Winery and All Saints Estate, both of which are still operating today, had started production.

* By the 1870s Wahgunyah had seven hotels and was the busiest Murray port upstream of Echuca. A large number of Chinese took up residence in the town.

* The river trade began to decline in the 1880s due to the development of the railway system.

Check out http://www.bordermail.com.au/story/67134/wahgunyah-a-short-history/ for a good, short history of the town and district. 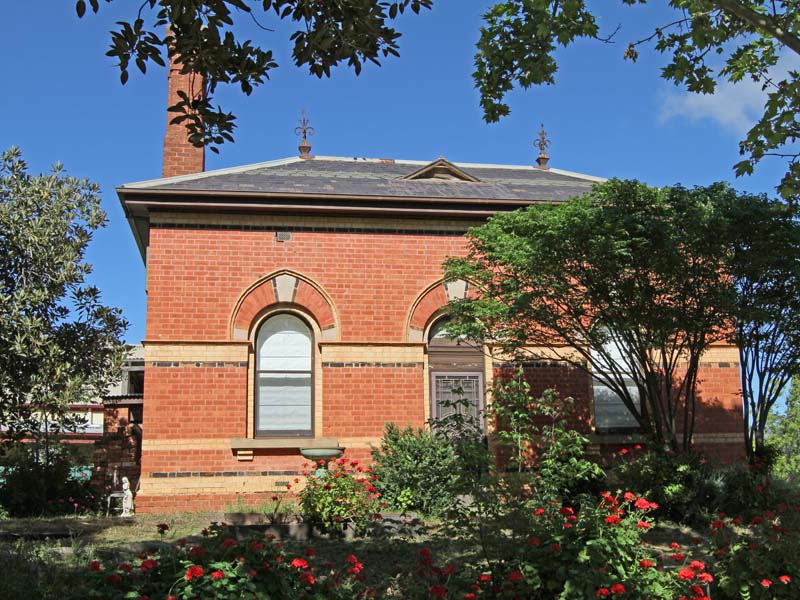 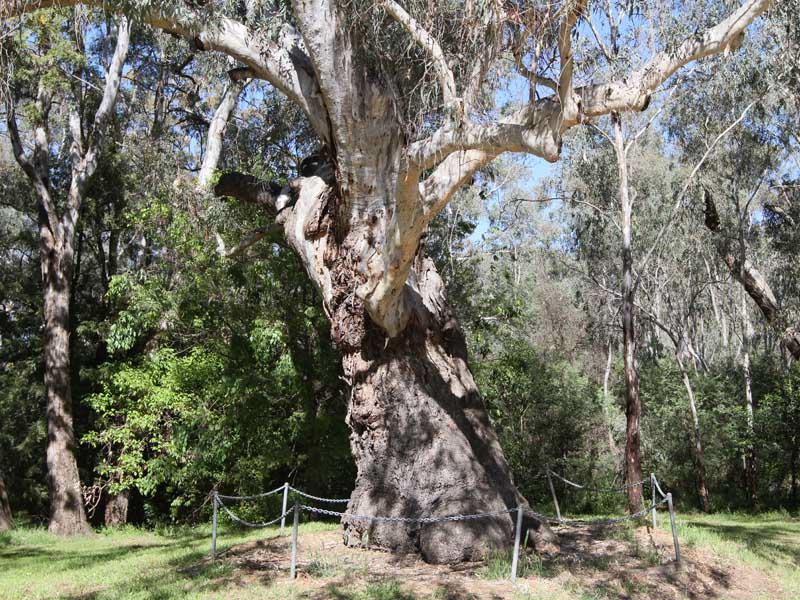 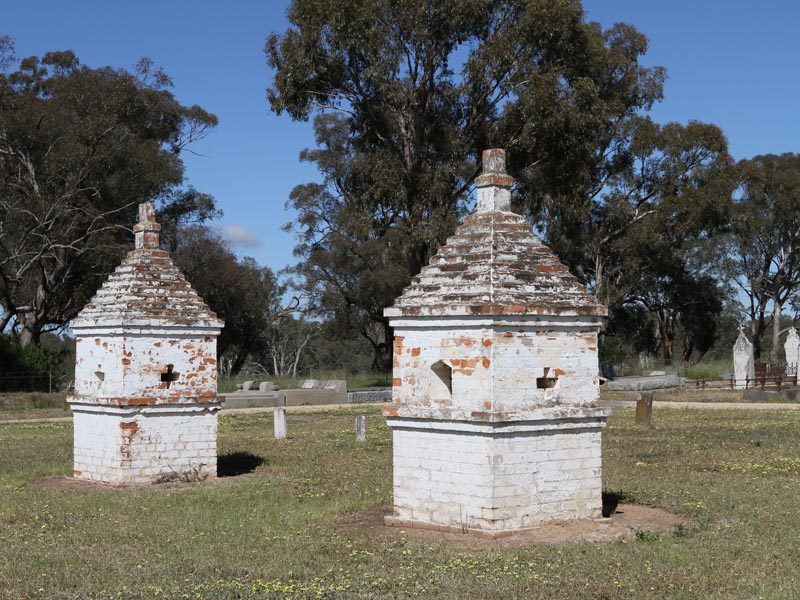 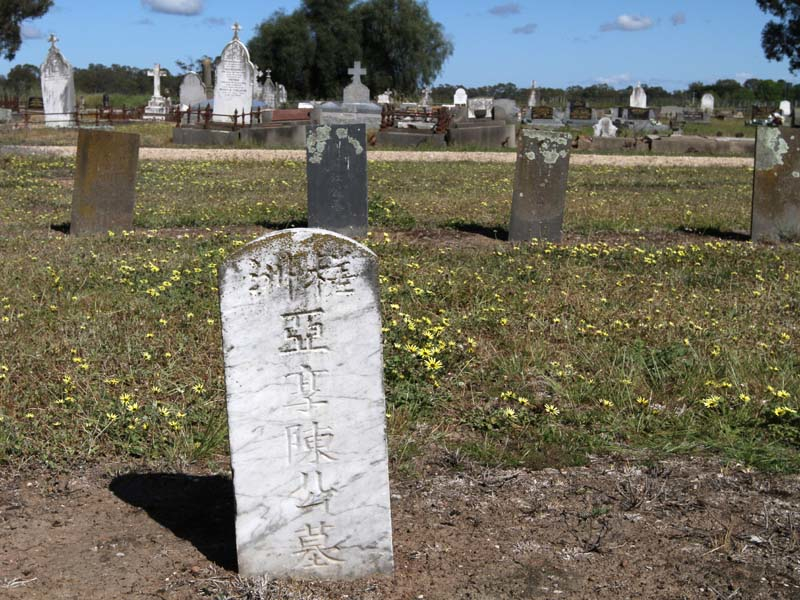 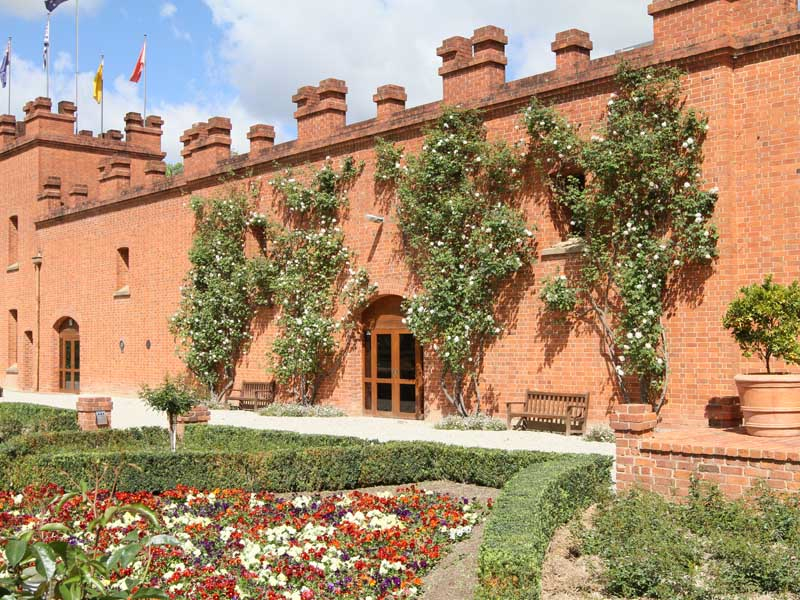