City on the northern edge of Perth

Today Wanneroo is an outer suburb of Perth. It has, in recent times, become a popular day trip from the city with holidaymakers heading towards Wanneroo, Yanchep and the beaches along the coast to the north of Perth. The city of Wanneroo as a day tripper destination is known for its nature reserves; its coastal features - dunes and limestone cliffs; and its pleasant bushland walks.

The City of Wanneroo is located 39 km north of Perth via the Mitchell Freeway.

The name Wanneroo is derived from the local Whadjuk Aboriginal words meaning "a place where women dig up roots".

Wanneroo Regional Museum
Located at 3 Rocca Way, Wanneroo Regional Museum was opened in 2009. It has, as the excellent and detailed website explains, "a range of stories and themes based on the development of the area, from our Indigenous past, pioneers through to modern Wanneroo and its incredible evolution in recent times." It is open from 10.00 am - 4.00 pm Monday to Friday, noon to 4.00 pm on Saturday and 11.00 am - 3.00 pm on Sunday. Tel: (08) 9405 5920 or https://www.wanneroo.wa.gov.au/wannerooregionalmuseum.

Buckingham House
Located at 10 Neville Drive, Buckingham House in Neville Drive. Built by John Buckingham between 1880–1890 the house is a typical modest rural dwelling of the period - a simple rectangular design with four rooms and a hipped roof. It was built from limestone and timber with a simple timber shingle roof. It is a good example of the kind of dwellings farmers built in the area at the end of the nineteenth century. Buckingham used the property around the house to raise cattle and grow vegetables. He accessed water from Lake Joondalup. The City of Wanneroo acquired the house in the 1970s and restored it. It is now a heritage homestead for the community and is open for school groups on Tuesdays and Thursday and there are special open days for the general public. Tel: (08) 9405 5905 or check out https://www.wanneroo.wa.gov.au/info/20058/museums_culture_and_arts/130/buckingham_house.

Wanneroo Botanic Gardens
Located on Drivers Place, the Wanneroo Botanic Gardens were created by Theo Puik, a Dutch landscape architect who, in 1971, purchased a five acre property on the shore of Lake Joondalup. For seven years, from 1974, he worked on the project planting more than 500 species of plants and shifting seven hundred tonnes of limestone and shovelling over one thousand tonnes of organic waste. The gardens were officially opened in 1981. It now attracts more than 300,000 guests each year. For more information check out https://www.wanneroobotanicgardens.com.au.

Botanic Golf
Located at 25 Drivers Place, the north end of Lake Joondalup, is ‘Botanic Golf’ is a charming mini-golf course set in Wanneroo's Botanic Gardens. It is a remarkable 36 hole course where players make their way on mini fairways through rockeries, across water courses, lawns, waterfalls, ornamental ponds, exotic plants and fountains. ‘Botanic Golf’ is open Tuesday and Wednesday from 9.00 am - last tee off at 4.00 pm;  and Thursday to Sunday from 9.00 am - last tee off at 8.30 pm. Check out https://www.wanneroobotanicgardens.com.au.

Cockman House
Located off Woodvale Drive (turn into Ancestor Retreat), Cockman House, a rendered limestone homestead was built in 1860 and is now the oldest surviving building in the district, it is, as the website explains, "a rare historic place of continuous residence by descendants of the original building. It presents a pioneer story that began with James and Mary Ann Cockman at the beginning of the Swan River Colony and progresses alongside the development of the Wanneroo district. It is open to the public on Sundays between 2.00 pm - 5.00 pm. Check out https://www.wanneroo.wa.gov.au/info/20058/museums_culture_and_arts/131/cockman_house for more details or tel: (08) 9405 5905.

Yellagonga Regional Park
Located 4 km south of Wanneroo and named in honour of the leader of the local Mooro Nyungar people, this 1400 ha Regional Park is 13 km long and runs from Hepburn Avenue in the south to Joondalup Drive in the north. The park includes Lake Joondalup, Lake Goollelal and Beenyup and Walluburnup swamps and the mature woodland areas. The park is popular for bird watching, picnicking, cycling and walking.The informative website - https://parks.dpaw.wa.gov.au/park/yellagonga - points out that "Along the western shores are substantial areas of mature Jarrah, Marri, Banksia woodland and Jarrah, Marri, Tuart forest, vegetation communities which were once widespread on the Swan Coastal Plain. The diversity of habitats caters for a variety of waterbirds, bushbirds and other wildlife." There are two walks - both of which are loops of the lakes.
* Lake Goollelal Loop - 4.3 km, an easy one hour walk - is a circuit around Lake Goollelal which includes the historic sites of Wesleyan Mission Farm, Luisinbi winery, and stands of tuart, jarrah, marri, and paperbark. The fauna and flora includes wrens and waterfowl, freshwater turtles and the native water rat.
* Lake Joondalup Circuit - 16 km, 4 hours, medium difficult. This circuit travels around Lake Joondalup in the park’s north. The circuit takes you past stands of zamia palms, jarrah, marri, flooded gums, sheoaks and banksias. It is possible to see tiger snakes (beware), dugites, kangaroos, fresh water turtles, and waterfowl.  The loop includes a boardwalk, observation tower and panoramic lake views.

Yanchep National Park
Yanchep National Park is located 17 km north of Wanneroo via Marmion Avenue . It comprises undulating country, parallel sand dunes, four undisturbed wetlands regions and over 600 caves. Not surprisingly most of the land is either karst (limestone cliffs and caves) or sandstone sediments. Apart from having some delightful modern pieces of sculpture located beside a lake, it has an excellent Wildflower Garden (next to the koala boardwalk) with an extensive and impressive display of some of the best of the coastal wildflowers. Yanchep National Park covers 2,799 ha. It is an interesting combination of caves, walking trails, and lakes including Loch McNess and the Yanchep Lakes ... and, interestingly, a golf course and the Chawn Mia tea rooms. The vegetation in the area features stands of tuart, jarrah, marri, scrub and banksia. The wildlife includes possums, goannas, lizards, kangaroos and tortoises. The area is mostly wetlands and consequently the birdlife is rich. There are birdlife brochures at the McNess House Visitor Centre. For comprehensive information about the park check out http://parks.dpaw.wa.gov.au/yanchep. There is a useful, downloadable brochure (with a very detailed map) which can be accessed at http://www.inspirationoutdoors.com.au/wp-content/uploads//2013/08/20120004_yanchep_national_park_brochure3.pdf.

* Prior to the arrival of Europeans the area was home to the Whadjuk Aboriginal people.

* The Wanneroo district was first explored by Europeans when John Butler travelled through it in 1834 searching for lost cattle.

* In 1841 the Surveyor General, John Septimus Roe, travelled through the area and discovered the caves at Yanchep.

* In 1844 the Rev John Smithies established the Mission Farm House on the shores of Lake Goollelal. Smithies planned to establish a Wesleyan Mission to teach the local Aborigines the rudiments of European farming. The project failed.

* In 1852 a dairy farm was established by James Cockman. He built a limestone house.

* By 1872 there were only about sixty families spread throughout the district. At this time it was part of the Perth Roads Board.

* The local road board was established in 1903.

* By 1953 the spelling of the town had changed to Wanneroo.

* By 1959 street lighting had been installed.

* The State Government decided to develop an urban corridor north from Perth in 1970 and Wanneroo grew rapidly. The corridor plan was adopted in 1971.

* In 1985 Wanneroo officially became a city.

* In 2009 the city's Library and Cultural Centre was opened.

There is no dedicated Visitor Information Centre. Check out the local council's website which "provides as much information online to inspire you to visit our area." Check  https://discoverwanneroo.com.au. 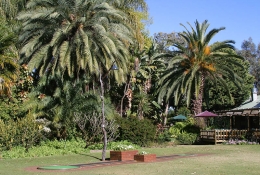 The Wanneroo Mini Golf course in the Botanic Gardens 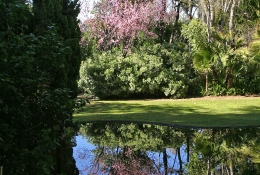 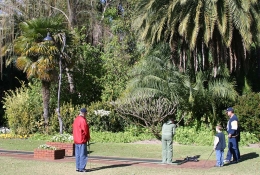 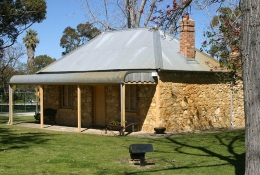 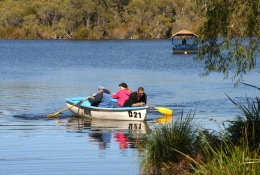 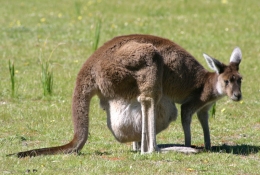 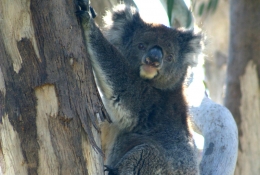 A koala in Yanchep National Park.