Village at the southern end of the Clare Valley

Watervale is a tiny village surrounded by vineyards. It lies in the Clare Valley, south of Clare and between the railway line, which has become the hugely popular Riesling Trail, and the Main North Road.

Watervale is located 129 km north of Adelaide via Gawler and Riverton.

The town has a self-evident name because it was located on the Watervale Creek which is a tributary of the Wakefield River. During the 19th century, particularly in times of drought, it became the brunt of jokes about arriving in Watervale where there was no water.

Watervale - Circuit of Historic Sites
The Mount Horrocks Historical Society have created an excellent and detailed self-guided Watervale Services and Circuit of Historic Sites which can be downloaded at https://www.walkingsa.org.au/wp-content/uploads/2017/01/Circuit-of-Historic-Sites-in-Watervale-walk-brochure-text.pdf. It lists a total of 35 places of historic interest in an easy circuit around the town. Many of the places are now nothing more than a single chimney, a private residence or an empty space where once there was a building.

Watervale Hotel
Located at 37 Main North Road, in the heart of the town, is the Watervale Hotel which is strategically positioned at the crossroads making it a place everybody passes. It was built in 1845 and historically was characterised by an elaborate wrought iron veranda and a pressed tin ceiling in the bar. It was originally named the Stanley Arms Hotel and was renamed the Watervale Hotel in 1866. It burnt down in 1912 and subsequently rebuilt. In recent times it has become an important gathering place for the local wine makers. For more information check https://watervalehotel.com.au or tel: (08) 8843 0229.

Riesling Trail
If you think that no one should drink and drive then drinking and cycling is a wonderful and much safer alternative. The historic railway line between Clare and Auburn (it was built in 1860) has been covered with easy-to-walk-on gravel and opened up as the Riesling Trail. The Riesling Trail allows wine enthusiasts the opportunity to walk or cycle up the Clare Valley removed from the dangers of the main road. They can experience the quiet beauty of the area and, eventually, there will be numerous sideways off the main Trail which will encourage visitors to divert to 35 wineries and craft shops. It is just a very charming and pleasant walkway/cycleway which passes such famous wineries as Sevenhill, Grosset, Knappstein and Mt Horrocks. Bicycles can be hired in Clare either from Clare Valley Cycle Hire (https://clarevalleycyclehire.com.au) or Riesling Trail Bike Hire (http://www.rieslingtrailbikehire.com.au). There is an excellent, downloadable map of the entire route. Check out https://www.clarevalley.com.au/assets/maps/Riesling-Trail-Map.pdf.

* The first settler in the district was John Horrocks Penwortham in 1839.

* The Stanley Arms Hotel, later known as the Watervale Hotel, opened in 1845.

* Watervale township was surveyed in 1847. That year saw land granted to David Davies.

* The town came into existence in the 1851 largely as result of the work of David Davies. By the end of that year there were 30 houses and around 100 inhabitants.

* The town's first blacksmith opened in the late 1850s.

* In 1857 the Old Stanley Grammar School (a handsome two-storey stone building) was opened.

* In 1866 the Stanley Arms Hotel was renamed the Watervale Hotel. That same year the Methodist Church opened.

* St Mary's Church of England was consecrated in 1907.

* The Soldiers Memorial was dedicated in 1919. 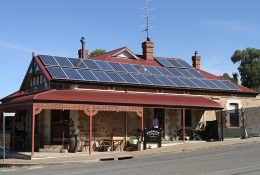 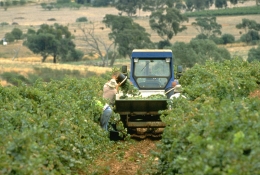