Wingham is a charming rural service centre which has remained largely unchanged by the tourism which has dramatically altered the townships along the coast. Wingham is the oldest town in the Manning Valley. Like many towns away from the coast it was first settled by cedar cutters and, after the cedar ran out, the surrounding countryside was settled by dairy farmers and beef cattle breeders. Today Wingham's location on the Manning River means that it is a popular location for people eager to enjoy boating, canoeing, swimming, fishing and water skiing although it cannot compete as a holiday destination with places like Crowdy Head which are on the ocean.

Wingham is located 324 km north-east of Sydney via the Pacific Highway. It is 11 km west of Taree and  20 m above sea-level on the Manning River.

Wingham was named after the village of Wingham, near Canterbury in Kent, England. Is it an accident (or is it?) that the Kattang Aboriginal word "wingan" means "where bats come to drink" which is what the flying foxes still do at Wingham Brush.

Central Park
It is unusual for Australian towns to be built around a Central Park but Wingham is a notable exception. Central Park sits in the centre of the town, has a number of unique attractions and is surrounded by interesting and attractive historic buildings.
The three main attractions in the park are:
(1) a huge 19 tonne, 400-year-old tallow wood (eucalyptus microcorys) log which is 16 metres long and 3.8 metres wide. A sign on the log states "This log symbolises the part played by the timber industry in the development of the Manning Valley. If cut it could produce enough decking boards to stretch over four kilometres."
(2) a Vampire Jet which was donated by the Manning River Branch of the Air Force Association on 14 August, 1971 to commemorate the fiftieth birthday of the RAAF.
(3) The Origin of Rugby League - a simple plaque states: "This site is recognised as being of great significance in the history of Australian Rugby League. In a rugby union matched played here on 22 July, 1907, popular NSW and Australian forward Alec Burdon suffered a serious shoulder injury. Player unrest at rugby officialdom's indifference to the plight of Burdon and other injured footballers was a major factor in the formation of the NSW Rugby League on 8 August 1907."

Wingham Self-Guided Heritage Walk
There is an excellent Wingham Self-Guided Heritage Walk which lists a total of 21 places (it takes around 2 hours to complete) and the brochure can be obtained from the Historical Society Museum in Farquhar Street.
The route starts in Central Park then moves around the park to the School of Arts (1907), the 1884 Post Office, the courthouse (1938), which now houses the community centre, and the police station (1909). Adjacent to these buildings, opposite the Central Park, is the Catholic Church (1953) and at the corner of Farquhar and Bent Streets is the Manning Valley Historical Museum in a large building that started life as a general store in 1867. The building has been classified by the National Trust. It is open from 10.00 am to 4.00 pm daily and proudly declares that it has "such diverse items of clothing, fabrics, hats, boots, ironmongery, crockery, glassware, patent medicines, wire netting, rope and saddlery were once sold to weary travellers.  The whole museum exudes the spell of yesteryear, with treasures around every corner, each one lovingly cared for by volunteer staff". It also has Wingham's police cell that housed Jimmy Governor following his capture in the area. tel: (02) 6553 5823.
Around the corner on Bent Street (moving away from Central Park) is the Anglican Church (1902 with 1970s additions) and opposite the museum, is an old butcher's shop which dates back to 1911 and which stands on a narrow street corner. On the other side of Farquhar Street, and on the corner of Bent Street, is the Australian Hotel (1889) or 'Top Pub' as it is known locally.
Down Bent Street in the Old Wingham Chronicle Building (1929), the Old Bank of New South Wales (now the Bank Guesthouse) which dates from 1928, the Maitland Building and the Wingham Arcade.
On Isabella Street, over the road from Central Park, is the National Bank which, when built in 1880 as the Commercial Bank, was Wingham's first bank.

Wingham Brush Nature Reserve and Wharf
Located only 250 m east of Central Park down Farquhar Street and on the banks of the Manning River, is the small (7 hectares) Wingham Brush Nature Reserve, one of the last surviving pockets of subtropical flood-plain rainforest in New South Wales. It is also home to 195 species of native plants including 76 species of trees and 32 species of vine. This dense riverside reserve is home to thousands of Grey-headed flying foxes which migrate here annually from September to May (each night around sunset they fly out of the brush looking for food and water - it is an unforgettable sight - there are an estimated 50-100,000 flying foxes living in the brush).
The 'Brush' is dense with ferns, orchids, giant Moreton Bay fig trees, bougainvillea, other subtropical plants and 100 species of birds, including a number of brush turkeys. Other interesting trees in the Nature Reserve include giant stinging trees, white cedar, black apple, pepperberry, shiny-leaved stinging tree and hairy rosewood. The largest blush walnut tree in Australia also lives in the brush. It is over 37 metres high.
An Aboriginal corroboree ground was located within the reserve and the remains of two cedar sawpits can still be seen in the northern section of the Brush. There are picnic and boat-launching facilities, a designated walkway and a specified swimming area. On the riverside is the wharf which was first used by timber-carrying vessels in the 1830s. By the end of the century, agricultural and dairying produce were picked up at the wharf.
The Wingham Brush was set aside for public use as early as 1909 and was added to in 1916. In recent times it has had a chequered history. In the 1960s the locals tried to exterminate the flying foxes (obviously - unsuccessfully). By 1980 a concerted effort was made to revitalise Wingham Brush which had become infected by madiera vine and cat's claw creeper. This was a slow process run by volunteers but by 2001 the area was gazetted at Wingham Brush Nature Reserve and it is now under the control of the National Parks and Wildlife.

Ellenborough Falls
The Ellenborough Falls are located on the Bulga Plateau 42 km north of Wingham. The falls drop 160 m into the valley of the Ellenborough River. This makes them one of the longest single-drop falls in the Southern Hemisphere. There are barbecue facilities, a detailed information board and toilets, a lookout near the top of the falls and a good footpath which leads a few hundred metres to a full view of the drop. If you continue along the less well defined track it leads to an even better vantage point.

Tinonee
Located 10 km south along the Wingham-Tinonee Road is the small village of Tinonee which was proclaimed in 1854. There is the Tinonee Self-Guided Heritage Walk (it can be downloaded at http://taree.cc/assets/Main-Site/Files/FP-Heritage/Tinonee-Heritage.pdf) which lists 20 places of interest along the main street - Manchester Street - between the Manning River and Pevers Street. The highlights of the walk include the Tinonee Historical Museum (where the walk starts) which is located in the town's old broom factory; the cottages of the sawmill workers; and, fascinatingly, the  John Knox Free Presbyterian Church (1880), where services were held in Gaelic until the turn of the century.

* Prior to European occupation the area was occupied by the Biripi people who spoke the Kattang language.

* The first European settlement in the district was George Rowley who established the Bungay estate upstream from the present townsite.

* Cedar cutters moved into the Manning Valley in the late 1820s and a wharf for timber collection was established at the head of navigation for the Manning River.

* In 1844 it was proclaimed and named after a village in Kent, England.

* A post office and police hut were opened at Bungay in 1853.

*  The first land sale occurred in 1854. The village's development was very slow.

* Selectors moved into the area after the 1861 Robertson Land Act, establishing agriculture and dairying.

* The town's first school was established in 1864.

* Between 1880 and 1889 the first bank opened its doors, two hotels were built and businesses including a butcher's and a general store were opened.

* In October 1900, Aboriginal outlaw Jimmy Governor was captured by a group of farmers north of Wingham. Earlier that year he and his brother Joe had brutally murdered Sarah Mawbey, three of her daughters and schoolteacher Helena Kurz with clubs and a tomahawk at Breelong near Gilgandra.

They then went on a three-month, 3200-km rampage, during which they murdered five more people, committed seven armed hold-ups and robbed 33 homes.

* In 1980 a concerted effort was made to revitalise Wingham Brush which was infected by madiera vine and cat's claw creeper.

* In 2001 a 7 ha area was gazetted at Wingham Brush Nature Reserve.

There are two useful official websites. Check out http://www.visitnsw.com/destinations/north-coast/forster-and-taree-area/wingham/attractions and http://visitmanningvalley.com.au/wingham. There is a useful local website - check out https://barringtoncoast.com.au/destinations/taree-and-wingham. 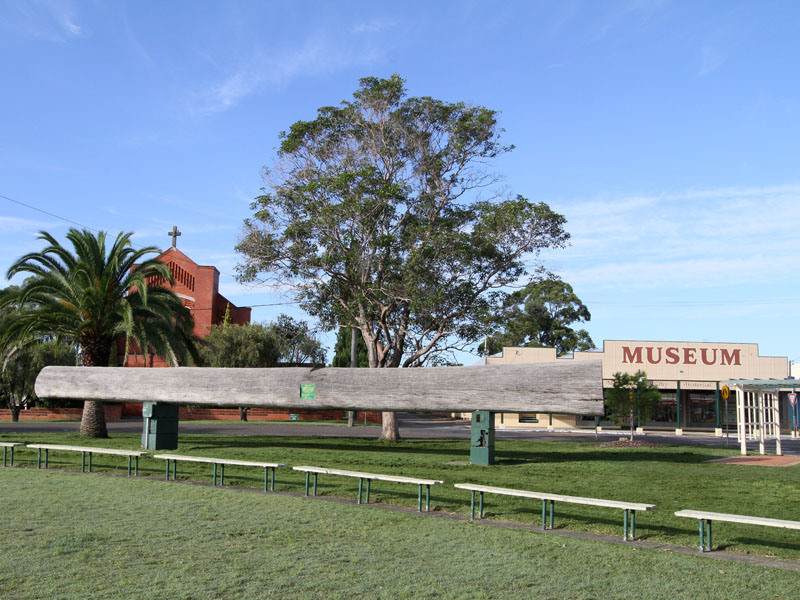 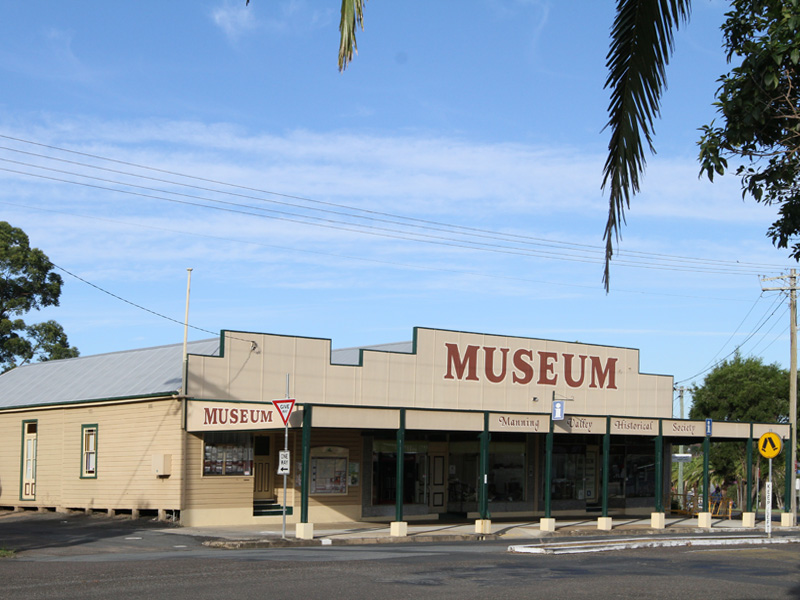 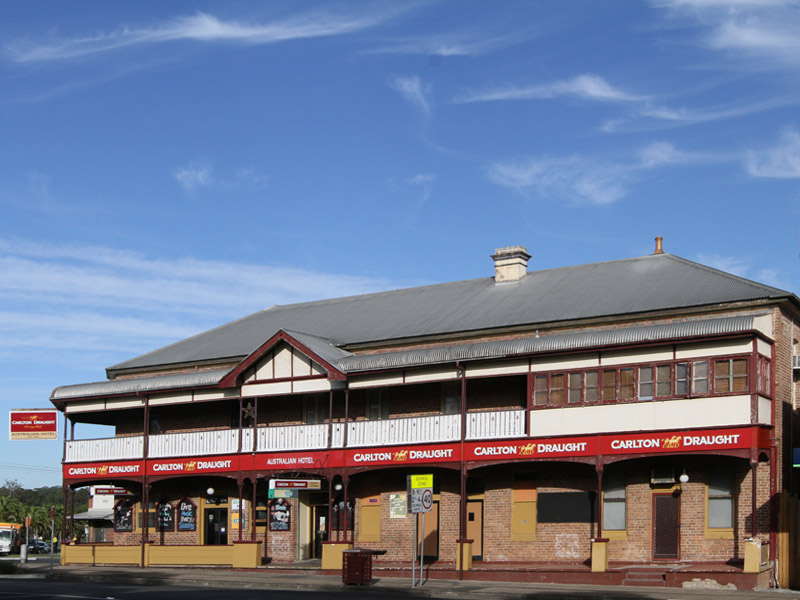 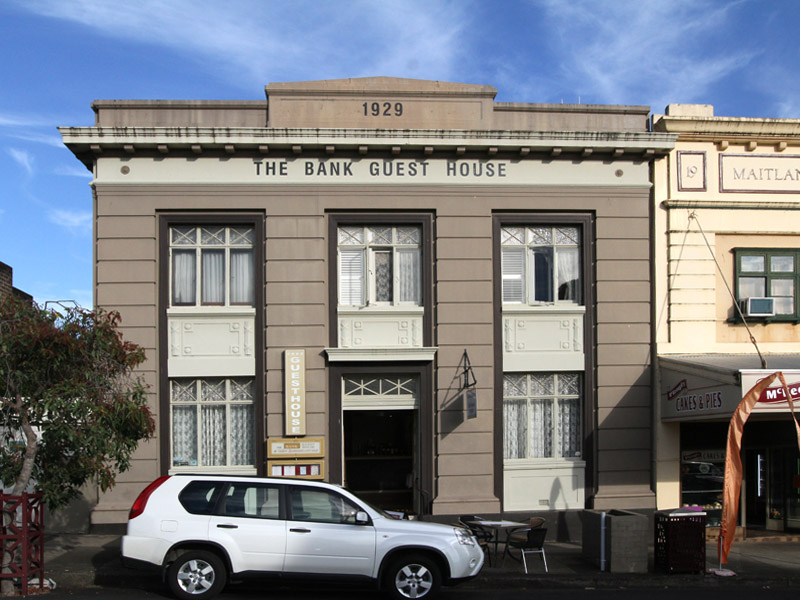 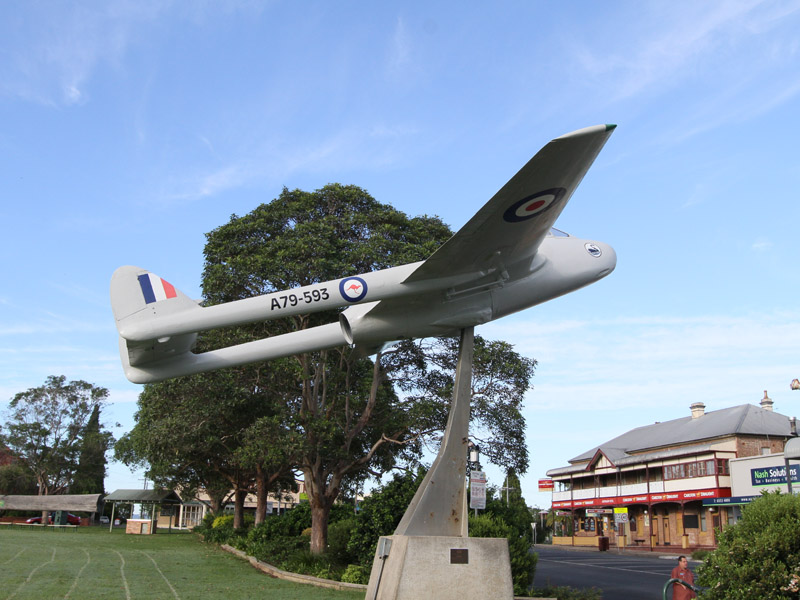 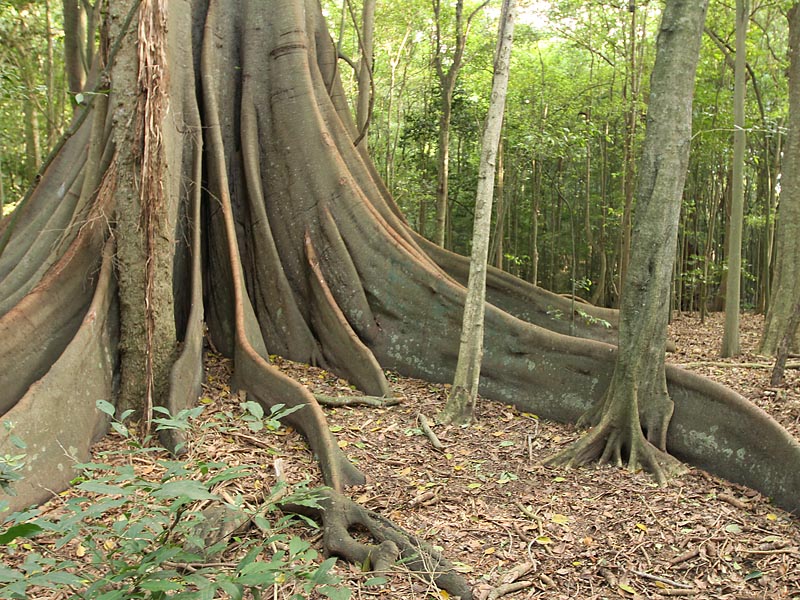 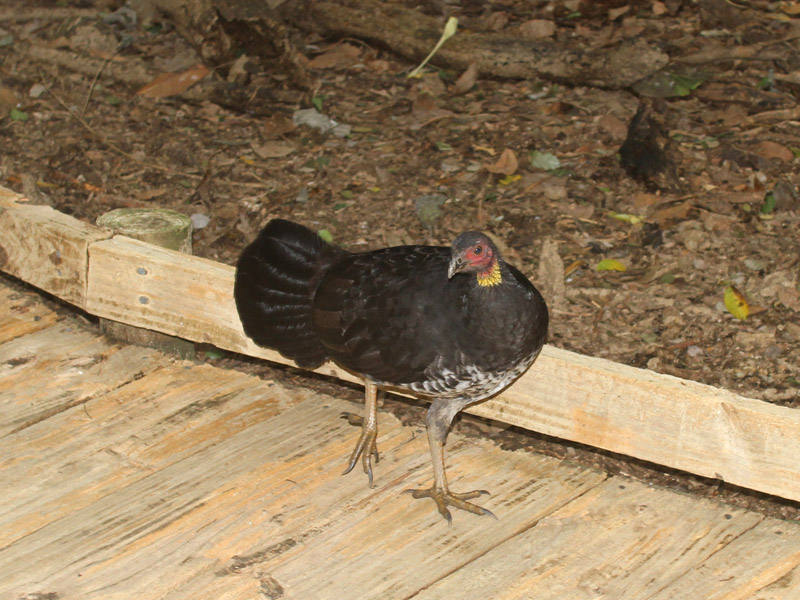