Wheatbelt town which describes itself as 'the whispering hills'

Wongan Hills is a typical Western Australian wheatbelt service centre with a pub, a railhead, a bulk handling facility and numerous small industries connected with the grain which is grown and harvested  in the district. It is known for its impressive wildflower displays with over 250 species of flowering plant being identified. Sixteen of these plants are unique to the district.

Wongan Hills is located 190 km north-east of Perth via Northam and Goomalling. It is 286 m above sea level.

Some sources argue that "Wongan" is probably a Balardung Aboriginal word meaning 'whispering' or 'talking'. Other authorities argue that there is no word 'wongan' in any of the local dialects. Still others claim that the area was known as 'Wangan Katta' with 'katta' meaning hills and that the word refers to the range of hills found to the north-west of the town.

Wongan Hills Pioneer Museum
Wongan Hills Museum is a small local museum located in the first District Hospital Building in Camm Street. It has an interesting display of early farm implements as well as photographs of the Cadoux earthquake and lots of memorabilia dating from the early days of settlement in the area as well as a re-created blacksmith's forge. It is open on Sundays from 1.00 pm - 5.00 pm. For more information tel: (08) 9671 1973.

Christmas Rock
Located in Wandoo Crescent at the Apex Park (there is clear information signage), this 2.5 km walk passes through natural bushland. Note the rock wall which was used to divert water to the town dam and, in spring, admire the impressive displays of wildflowers.

Mount O'Brien Lookout
Located 10 km west of the town on Waddington Road, the Mount O'Brien Lookout offers panoramic views from 424 metres above the surrounding countryside and lakes. Amusingly the mount was renamed in 1986. It had previously been known as Mount Dick. The Wheatbelt lookout was opened in 2001 after the Holme family donated a hectare of land to the community. It now has both mobile phone coverage and an impressive lookout.

Gathercole Nature Reserve
Located 7 km from Wongan Hills via Moonijin Road, the Gathercole Nature Reserve is an ideal place for inspecting wildflowers. There is detailed interpretative signage at the car park - it has been installed by the Department of Environment and Conservation - and there is a short, five minute walk to some impressive sculptured rocks.

Wongan Hills Nature Reserve
Located 12 km west of the town via Piawaning Road, the hills are noted for their exceptional wildflower displays in spring. The reserve has five species of rare flora; sixteen species unique to the district; and, if lucky, it is possible to see the nests of the Mallee fowl. For more details check with the Visitor Centre. Also check out https://wongantourism.com.au which often has pictures of the flowers in the area.

Mount Matilda  Walk Trail
Mt Matilda is located 16 km north-west of Wongan Hills via the Waddington-Wongan Hills Road and is part of the Wongan Hills Nature Reserve. The highest point, at 434 metres, of the Wongan Hills is Mt Matilda. There is a 5 km walk (it takes around two hours) which includes four lookouts, hugely attractive gimlet trees and the possibility of seeing Mallee fowl and their nests. Such was the early interest in this unique bird that G E Moore, who had accompanied J S Roe on his exploration of the area in 1836, returned in 1842 with a naturalist and a botanist, to study bird and its habitat. The Walk Trail was formally opened in 2001.

How to See WA Wildflowers - A Guide
When planning a trip there are a number of very simple rules.
(1) Start by downloading Your Holiday Guide to Western Australia’s Wildflowers at http://www.westernaustralia.com/en/things_to_do/forest_and_flowers/pages/wawildflowers.aspx#/. It is a comprehensive guide to the wildflowers. There are over 12,000 species and 60% of them are found nowhere else on the planet.
(2) There is a tendency to say "But I won't know what I'm looking at" but that is rubbish. There are a number of great books and the best, by far, is the answer to "Wildflowers for Dummies" titled "Colour Guide to Spring Wildflowers of Western Australia". It is privately published by Wajon Publishing Company, written by Eddie Wajon, and comes in three volumes – 1. Kalbarri and the Goldfields, 2. Perth and the Southwest and 3. Esperance and the Wheatbelt. They can all be purchased online from Kings Park & Botanic Garden in Perth. Check out https://www.aspectsofkingspark.com.au.
The publication's design masterstroke is that the flowers are listed according to their colours and all the pages are colour coded. Thus Mr and Mrs Wildflower Illiterate, when gazing at a Spiny Synaphea, only needs to open at the "yellow flowers" section and flick through until they find the colour photo which matches the reality. The company can be contacted directly on (08) 9310 2936.
(3) No one should ever underestimate the power of local knowledge and assistance. The Western Australian wheatbelt, probably because of the declining prices for both wool and wheat and the increased levels of salinity, has decided that the spring wildflowers are a good for the local economy and worthy of patronage. When innocently asking where I might see a wreath flower (they are a flower which naturally forms itself in a circle like a wreath – particularly appealing to those with a morbid interest in death) at the local coffee shop in Morowa I was told that there were some in the area but the person who knew was at the information office.
At the information office I was advised, and this is verbatim, to "drive down the main street until you see the road that crosses over the railway line, drive across the line and past the Police Station and Fire Station (or is it the SES), turn right at the next road, continue up past the sheds for a couple of hundred yards [metres haven't arrived here yet] and you'll see some beside the road". Absorbing the instructions I headed off and three minutes later, having noticed a sign reading "Wreath Flowers" on a fence, I found the plant.
Morowa also publish a leaflet titled "Morowa Wildflower Drives" which, if you were thorough, could keep you in the area for a couple of days.
At the next town, Mingenew (which, for lovers of Australian Big Things now boasts the Big Wheat Stalk – known locally as "Big Ears") the information centre provides both a map and a list of locations with details like "20 km on the Pingelly road on the left hand side there are some excellent wreath flowers". And at Watheroo there's a wonderful local mud map with wryly enthusiastic comments like "Heaps of banksia, grevillea, snake bush etc along the road" and, getting quite technical "Rare and Endangered. E. Rhodantha (rose mallee) Only large patch in the world".
(4) There is a logical route which can be honed or expanded according to the amount of time you want to spend.
The best starting place, if you want to get a good foretaste of what you are about to experience in the wild, is to visit Kings Park & Botanic Garden in the heart of Perth. Apart from offering sensational views over the Swan River and the Perth CBD the gardens boast a 17 hectare area which has more than 1700 native species of wildflowers. This is, not surprisingly, rather pristine and not very wild but it does allow you to develop a working knowledge of devils pins, kangaroo paws, desert peas, everlastings, starflowers, grevilleas, firebush, a range of orchids and hundreds of other natives.
You really don't need to be a flora expert. All you need are your eyes and a sense of wonder because the Western Australian wildflowers in spring really are a remarkable and significant part of Australia.

* The first European explorer into the area was Surveyor-General J. S. Roe who camped in the Wongan Hills on 3 November 1836.

* With the establishment of New Norcia the area was visited by monks shepherding flocks and the occasional cutter looking for sandalwood.

* By 1906 a plan for the settlement of the Wongan Hills area was formulated and settlers began to move into the area.

* By 1907 setters had moved to Lake Hinds, 16 km north of the present site of Wongan Hills.

* In 1910 the local settlers lobbied the government for a railway from Goomalling.

* The Road Board and the railway line were established in 1911.

* By 1912 the bank was operating out of a hessian tent beside the railway station with the teller living nearby in a tent.

* Local government was established in 1916.

* By 1925 there was an agricultural research station in the area.

* In 1933 a grain silo was built as part of the town's bulk handling facilities.

* In 2001 the Mt O'Brien Wheatbelt Lookout was opened.

The Golden Outback website (http://www.australiasgoldenoutback.com/travel-destinations-outback-australia/Wheatbelt_and_Wave_Rock/North_East_Wheatbelt/Wongan_Hills) has useful information and the local shire council has a special part of its website dedicated to tourism. Check out http://www.wongan.wa.gov.au/tourism.aspx. 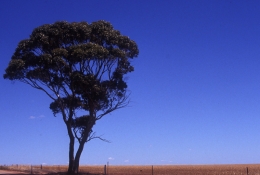 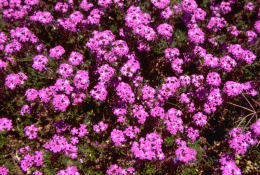 Verticordia is everywhere around the town during the wildflower season 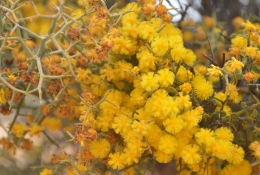 Wildflowers on the Christmas Rock walk