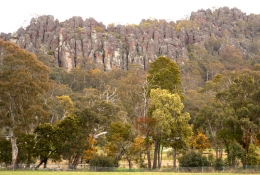 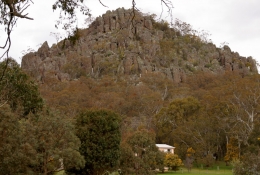 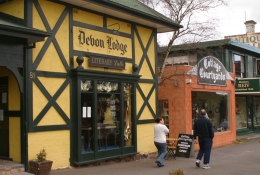 Shops in the main street of Woodend. 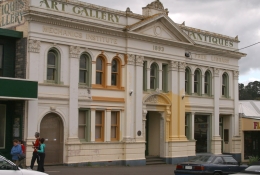 The Mechanics Institute, an Italianate-style building dating from 1893.