Wynyard is an important rural service centre at the mouth of the Inglis River. It lies between Devonport and Stanley on a particularly beautiful stretch of Tasmania's northern coastline. Here is a coastline of rolling hills, neat fields of opium, onions and potatoes, vast swathes of tulips, dairy and sheep grazing and the occasional herd of beef cattle. Wynyard is a product of its surrounds. It was once edged by eucalypt forests. Today it has a fine display of elegant timber houses.

It is generally accepted that the town was named after a military man named Wynyard. The only debate is: which Wynyard? Was it Lieutenant-General Edward Buckley Wynyard, the commander of troops in New South Wales, Van Diemen's Land and New Zealand? Or Lieutenant Governor Robert Henry Wynyard, a colonial administrator in New Zealand? It is most likely Lieutenant-General Edward Buckley Wynyard. He visited the settlement and the district in 1850-51.

Fossil Bluff Conservation Area
Located just west of Wynyard, Fossil Bluff is a sandstone bluff with layers of fossils embedded in the sandstone. Today it offers excellent views along the coast and across Bass Strait but it was beneath the sea 38 million years ago in the Oligocene geological period. It lies on top of Permian tillite and at low tide it is easy to see where the sandstone and tillite meet. Some layers of sandstone are rich in fossils, many of which are not dissimilar to shells found today. The Bluff is the location where the oldest Australian fossil of a marsupial (it was a giant marsupial) was discovered. At low tide it is possible to walk around Fossil Bluff and along the beach to the Silver Gull rookery at the mouth of the Inglis River.

Table Cape Lookout
The cape is actually a 13 million year old volcanic plug which rises 190 metres above sea level. The Table Cape Lookout, with its superb panorama up and down the coast, is complemented by an easy 45 minute walk from the lookout along the clifftop.

Table Cape Lighthouse
As early as 1879 requests were being made to establish a lighthouse on Table Cape because of the number of shipwrecks occurring along the coast. The Table Cape Light Station was commissioned in 1888. The light was made in Birmingham, England and imported to Tasmania. The original source was an oil wick lamp which was converted to acetylene operation in 1890 and in 1979 was connected to mains electric power. The beam can be seen 16 nautical miles on the red range and 19 nautical miles on the white range. It is elevated 190 metres above sea level and the tower height is 25 metres. When first established Table Cape had three lighthouse keepers to keep the light burning 24 hours a day. It was automated in 1920.

The Ransley Veteran Ford Collection
Located in the Visitor Centre - Wonders of Wynyard Exhibition and Information Centre - this is one man's passion for Ford motor vehicles and features 14 restored vehicles including an original 1903 Model A Ford - the car that launched the company.

Doctors Rocks Conservation Area
Located on the Old Bass Highway to the east of the town centre, the Doctors Rocks Conservation Area covers 104 ha and is an impressive basalt outcrop beside the beach with views which offer fine vistas of the sun setting over Bass Strait. The rocky shoreline attracts gold fossickers. Reputedly there is a gold reef off the coast and small flecks of gold get caught in the shoreline rock pools.

There is a roadside geological trail called Created from Chaos which highlights thirteen of the Tasmanian North Western coast’s unique geological features. The self guided trail is concentrated along sixty kilometres of scenic shoreline between Devonport’s Mersey Bluff and Wynyard’s Table Cape. There is a photo-illustrated map and instructional plaques which provide important details and interpretation of the site’s geology. The pamphlets are available at visitor information centres and, in the case of Wynyard, the trail covers Doctor’s Rocks, Fossil Bluff and Table Cape.

Walks in the Area
There is an excellent, downloadable brochure Backyard Walks of Waratah-Wynyard (http://www.warwyn.tas.gov.au/webdata/resources/files/Wynyard-Backyard%20Walks-Final%2030%2005%202013.pdf) which details nine walks in the area around Wynyard. These are:

2. Sisters Beach - Postmans Track - 3.7 km, one hour one way along an elevated walk with views over the coast

4. Boat Harbour - Shelter Point - a short 800 metre walk out to the point with fishing and diving possible from tracks leading off the main walk.

5. Table Cape - Lighthouse and Lookout - a 45 minute return walk along the clifftop.

7. Fossil Bluff Foreshore Walk - a 40 minute walk from Richard Gutteridge Gardens along the shore, around to a cave (at low tide), and up to the Bluff.

8. East Wynyard Foreshore Walk - 3 km from the mouth of the Inglis River to Port Creek.

9. Somerset Foreshore and Cam River Track - a 1400 m concrete pathway along the foreshore at Somerset.

There are more walks described at http://www.warwyn.tas.gov.au/page.aspx?u=237

* Prior to the arrival of Europeans the area had been inhabited for thousands of years by members of the Tommeginne Aboriginal language group.

* The first Europeans in the area were Bass and Flinders who, in 1798, sailed along the coastline and named Table Cape.

* The first European to settle the area was John King who arrived in 1841 and settled on land which now includes part of the Wynyard golf course. King was drowned trying to ford the very dangerous Inglis River.

* Wynyard was not the first European settlement in the area. A town grew up south of Table Cape when Joseph Alexander built a hotel at a place he named Alexandria.

* In 1842 two servants of the Van Diemen's Land Company were attacked with spears by local Tommeginne people at Table Cape.

*  By the 1850s the goldrushes in Victoria had created an insatiable demand for timber and paling splitters moved in to cut down the forests. They established a settlement which they probably named Wynyard after Lieutenant-General Edward Buckley Wynyard, the commander of troops in New South Wales, Van Diemen's Land and New Zealand.

* Throughout the 1850s the town grew rapidly. A store, a wharf, a timber mill, a hotel, a blacksmith's store and a tramway were all built in quick succession. A description from the time depicts Wynyard as idyllic: "Now one sees in every direction the homely cottage, the cultivated garden, and the fields standing so thick with corn, the likes thereof seldom seen. Even those who have been tillers in the mother country assert that the crops in this favoured locality promise to yield beyond what the most sanguine agriculturist could expect in any quarter of the world."

* From the 1850s until the twentieth century, Wynyard was the most important port on Tasmania's north-west coast. The fertility of the soils saw the timber cut down and the land given over to dairy and mixed farming with potatoes and onions being particularly successful.

* In 1868 the Marine Board of Table Cape was established.

* In 1892 Wynyard saw the opening of Tasmania's first butter factory. 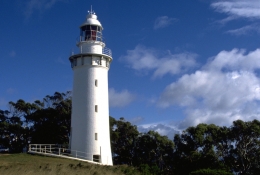 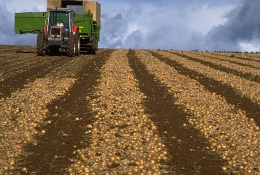 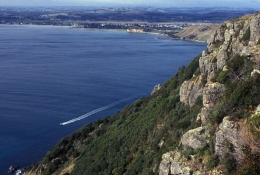 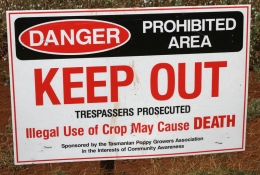 Yeah! And it might cause untold wealth, too. A cautionary attempt to control a field full of future drugs. Oh dear! 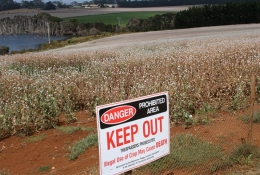 And the poppy fields stretch to the horizon ... eat your heart out Afghanistan. Tasmania is where the action is.