Small town in south-eastern NSW which describes the region as Platypus Country.

Bombala is a small rural service centre in the south east corner of New South Wales on the Monaro Highway between Cooma and Cann River. It is a quiet and peaceful town on the banks of the Bombala River and it is known for its icy conditions in winter. The agricultural area around the town is a mixture of sheep (fine wool), beef cattle and timber. The local rivers are recognised as some of the state's best trout fishing destinations and are home to substantial communities of platypus

It is probable that 'bombala', a word from the Ngarigu Aborigines who lived in the area prior to European settlement, can be translated as 'a place where the waters meet'.

A Walk Back in Time in Bombala
The best way to explore Bombala's historic buildings is to visit the Platypus Visitor Information Centre and get "A Walk Back in Time in Bombala" which contains information about 43 places of historic interest around the town and a map which provides directions to the local Court House; the Bombala and District Historic Machinery Shed; the School of Arts; the Railway Station; the National Australia Bank (1871), located on the corner of Caveat Street and the Monaro Highway, which was the former CBC Bank and was designed by J. F. Hilly; and the Literary Institute on Caveat Street, which dates from 1865 - today it is still elegant but, sadly, in a state of disrepair. Further along Caveat Street from the Literary Institute there are number of houses which date from the 1860s.

Olympia Cinema Facade
Entering the town from Cooma the visitor crosses the bridge and is immediately struck by the distinctive Olympia Cinema which dates from 1918. It is a modest and distinctive example of the ornate style of rural cinema which was popular at that time. Note particularly the pressed metal facade. Behind the facade the building is made of timber. It was originally known as the Cinema Theatre.

Rix Wright's Sculpture The Shearer
Near the Olympic Cinema, in the park beside the bridge, is a sculpture of a shearer. It is the work of Rix Wright, a man from Delegate whose most famous sculpture is the Hand of Fate at the National Timber Workers Memorial. Wright was the son of Hilda Rix Nicholas, a well known painter who married Edgar Wright and settled in the area. Rix attended Geelong Grammar and went on to become a poet, pastoralist and surveyor.

Town Lookout
The attractiveness of the Bombala Valley can be observed by travelling south along Caveat Street to the Endeavour Reserve. In the reserve there is a lookout which provides panoramic views across the town.

Platypus Viewing Platform and Platypus Reserve
The town claims that the local rivers have the highest density of platypus in Australia. Still the creatures are very shy and are usually only spotted at dawn and dusk and, just to add to the challenge of seeing one, they are capable of staying under water for 14 minutes. Such is the confidence of the local community that they have established a viewing platform at the Platypus Reserve which is located 4.5 km out of town on the Delegate Road. Follow Maybe Street through town.

* The first Europeans had arrived in the Bombala district by the early 1830s.

* In 1833 Captain Ronald Campbell established a large run in the district.

* In 1850 a regular mail service was running between Bombala and Eden.

* It was around this time that a street plan was drawn up and Bombala quickly gained the reputation as one of the prettiest towns in the Monaro.

* By 1856 Bombala's population was nearly twice that of Cooma and a number of substantial public and commercial buildings had been constructed.

* The town continued to grow and by the early 1890s two bridges had been constructed over the Bombala River.

* In 1903 Bombala was proposed by King O'Malley as a possible site for the new Federal Capital. It was seen as being halfway between Melbourne and Sydney.

* The local citizens agitated for many years for the construction of a railway line. It eventually arrived in 1921.

* Today the town is a small rural centre.

* In 2020 serious bushfires surrounded the town and closed the Monaro HIghway between the town and Cann River.

The local council's website - http://www.bombala.nsw.gov.au - has lots of useful information about the town. 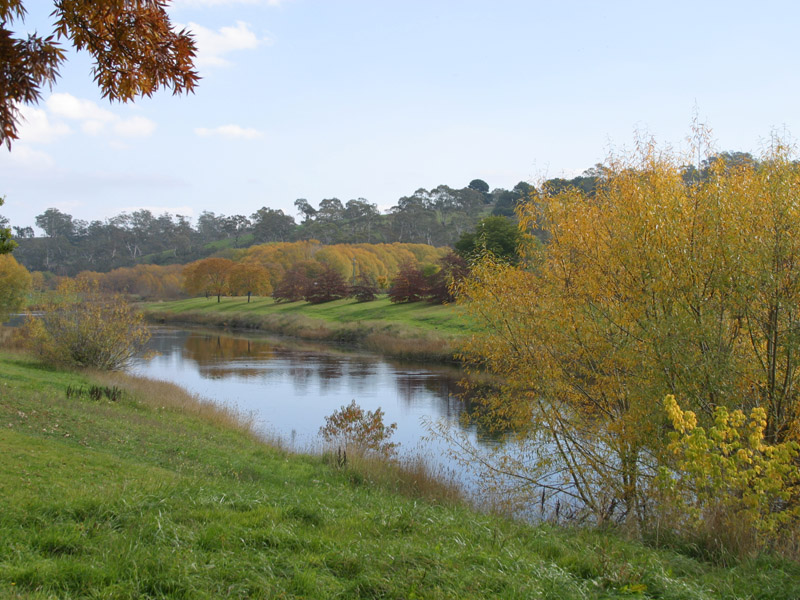 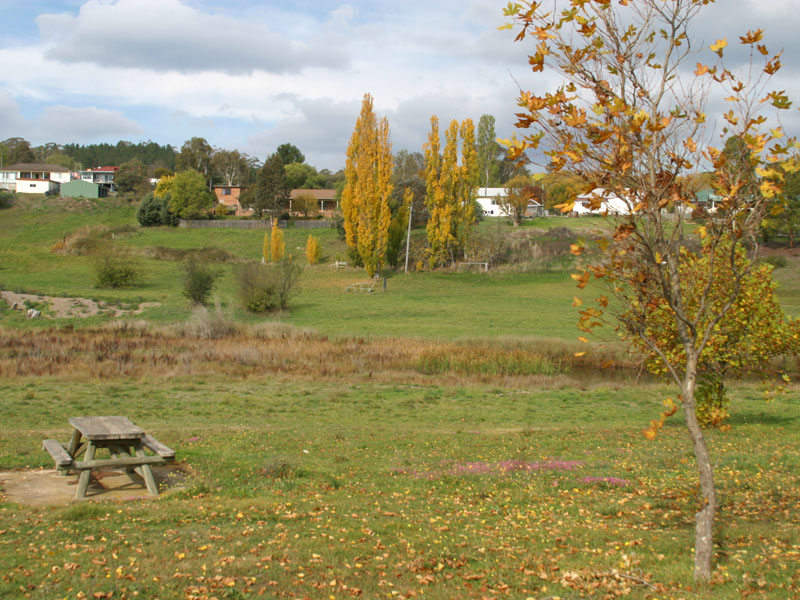 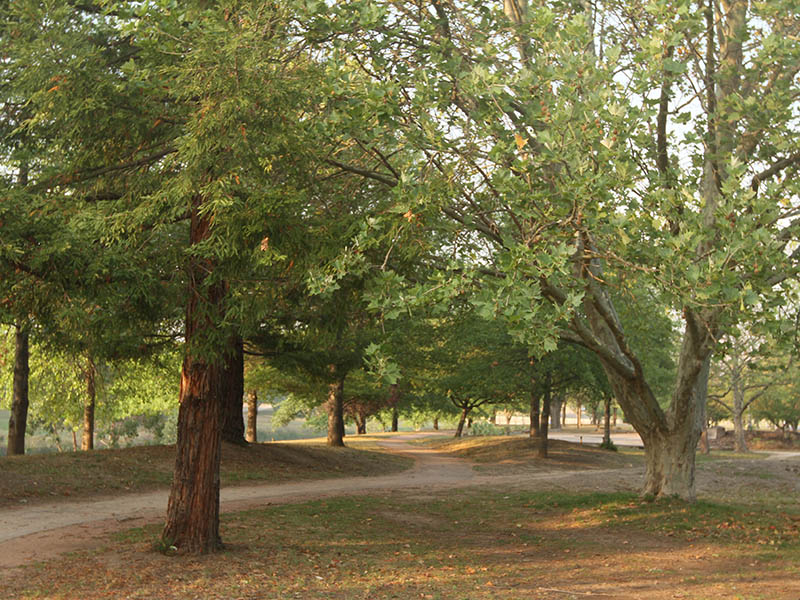 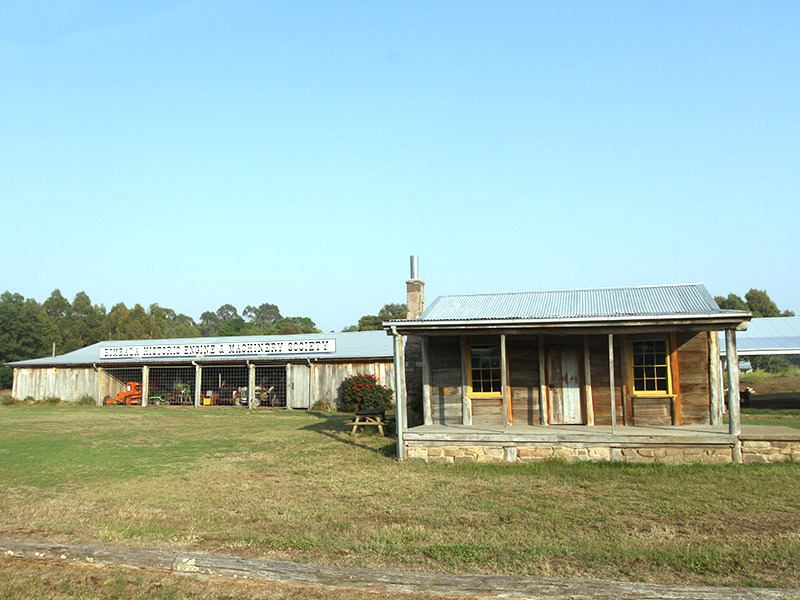 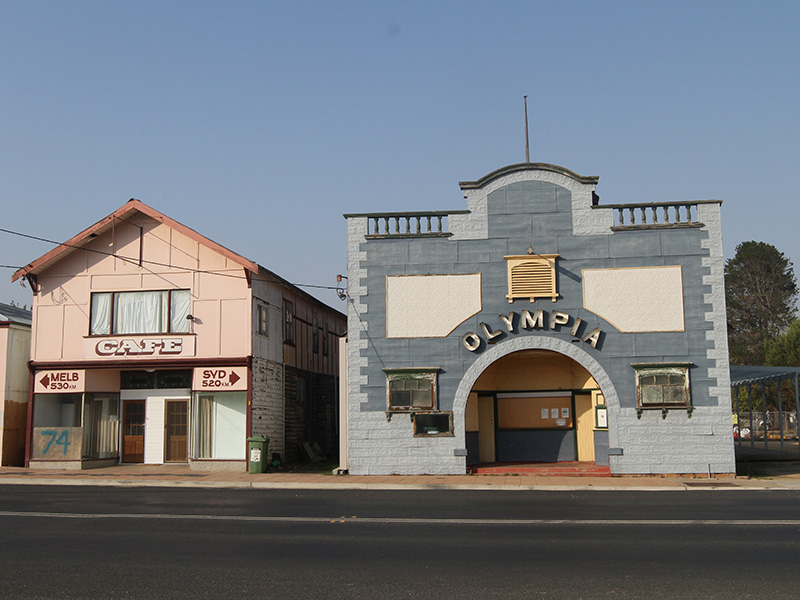 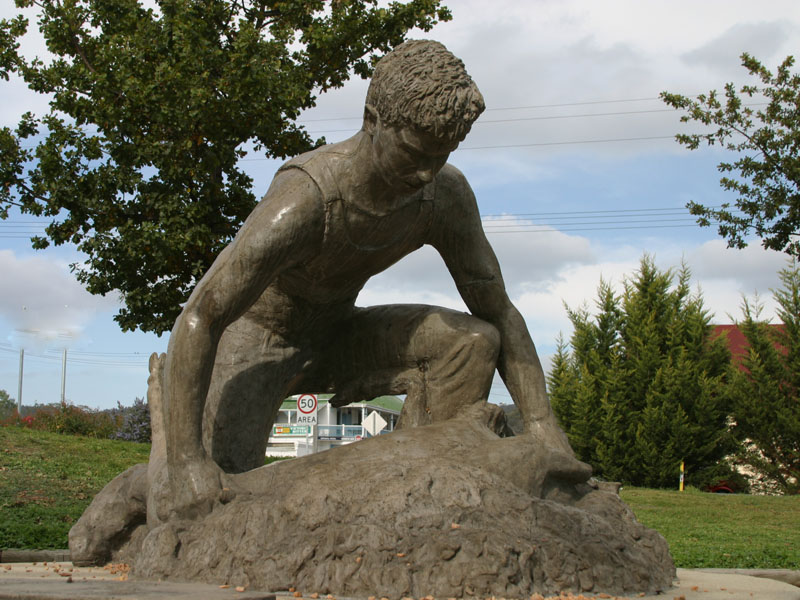 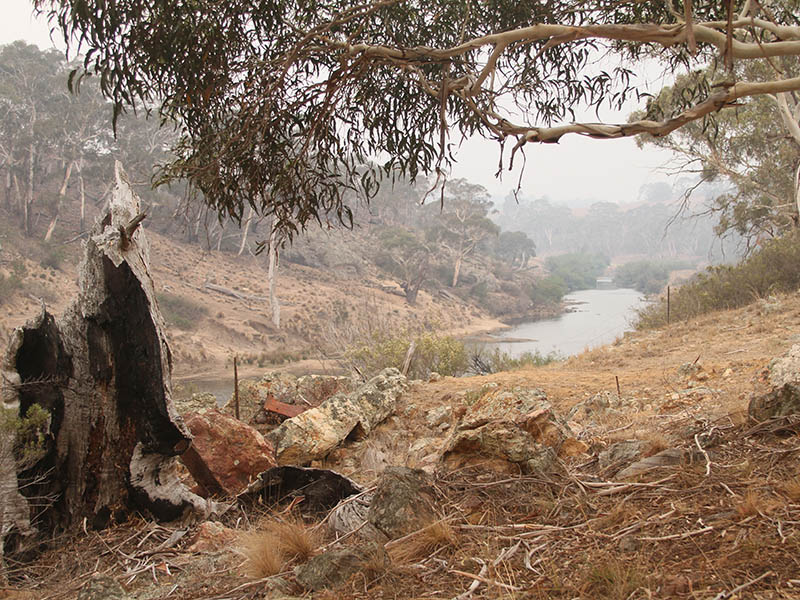