The appeal of the tiny Yorke Peninsula wheatbelt town of  Warooka lies in the surrounding area with the beautiful long sandy beach at Point Turton and the interesting historic lighthouse at Corny Point. It is conveniently located for visitors wanting to enjoy the peacefulness and beauty of the southern Yorke Peninsula and wanting to explore the beauties of the Innes National Park.

Warooka is located 232 km due west of Adelaide on the south-western edge of the Yorke Peninsula.

No one is sure what the local Narangga Aborigines meant when they used a word which sounded like Warooka. Over the years sources have claimed that it meant 'windy', 'muddy', 'ship', 'swamp' or 'lagoon' and it is currently popular to combine two of the words and say it probably means 'muddy waterhole'.

Point Turton
The Point Turton jetty was built in 1876 and completed in 1877. It was originally used to ship wheat and barley from the surrounding area but quickly became more important as a port to ship local stone. When the stone shipping stopped in 1917 it reverted to wheat, barley, superphosphate and provisions for the local community all of which was brought by ketches. Today Point Turton is a quiet holiday resort with an excellent boat launching ramp which is popular with deep sea fishermen. It is a pleasant hideaway for holidaymakers.

Corny Point Lighthouse
On 18 March, 1802 Matthew Flinders named Corny Point but did not offer an explanation for the name describing it simply as a 'remarkable point'. A month later Nicolas Baudin passed by and named it Point Berthier. The historic lighthouse which was built in 1882 at the northernmost point of the foot of the Yorke Peninsula. It was specifically designed to help navigation for the windjammers sailing to and from Port Victoria, Moonta Bay and Wallaroo. The lighthouse was built from local limestone and two cottages were built for the lighthouse keeper and his assistant. It was automated in 1920. The setting is sublime and still offers excellent views over the coast. For more information check out https://lighthouses.org.au/sa/corny-point-lighthouse/.

Innes National Park
Located only 51 km south Innes National Park  is one of the true wonders of South Australia, a sublime and beautiful stretch of rugged coast hidden away from the ravages of tourism. Few people visit but what they find are lonely beaches, strange tales of dramatic shipwrecks, beautiful cliffs and beaches, and small numbers of dedicated anglers and surfers who know this is a special place where they never have to compete with crowds. The park comprises 9,415 hectares and boasts a diversity of fauna, flora and geology. In the winter months, because the park is on the edge of the Roaring Forties, the seas can be both wild and dangerous. Check out Aussie Towns - Marion Bay for more detailed information - https://www.aussietowns.com.au/town/marion-bay-sa

* The area around Warooka was settled by sheep and wheat farmers in the 1850s.

* By 1874 the town had a post office and Methodist Church

* In 1876 the town was officially established. It was during this year that the Catholic Church was completed.

* In 1877 the first hotel in the town opened for business. That same year the jetty at Point Turton was completed. It was 90 metres long and served the local wheat farmers

* In 1902 Warooka was huge by an earthquake which measured six on the Richter scale. It was so violent that it resulted in the first deaths from an earthquake ever recorded in Australia.

* In 1927 the Warooka Memorial Hall was completed.

The Yorke Peninsula site is useful. Check out https://yorkepeninsula.com.au/warooka.

The photo at the top of the page is sunset at Corny Point, photographer Adam Bruzzone, copyright SATC 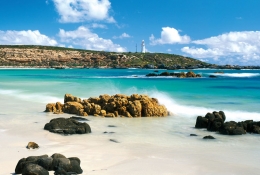 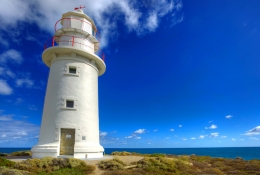